Home / The origin of the ancient Egyptian calendar

The origin of the ancient Egyptian calendar 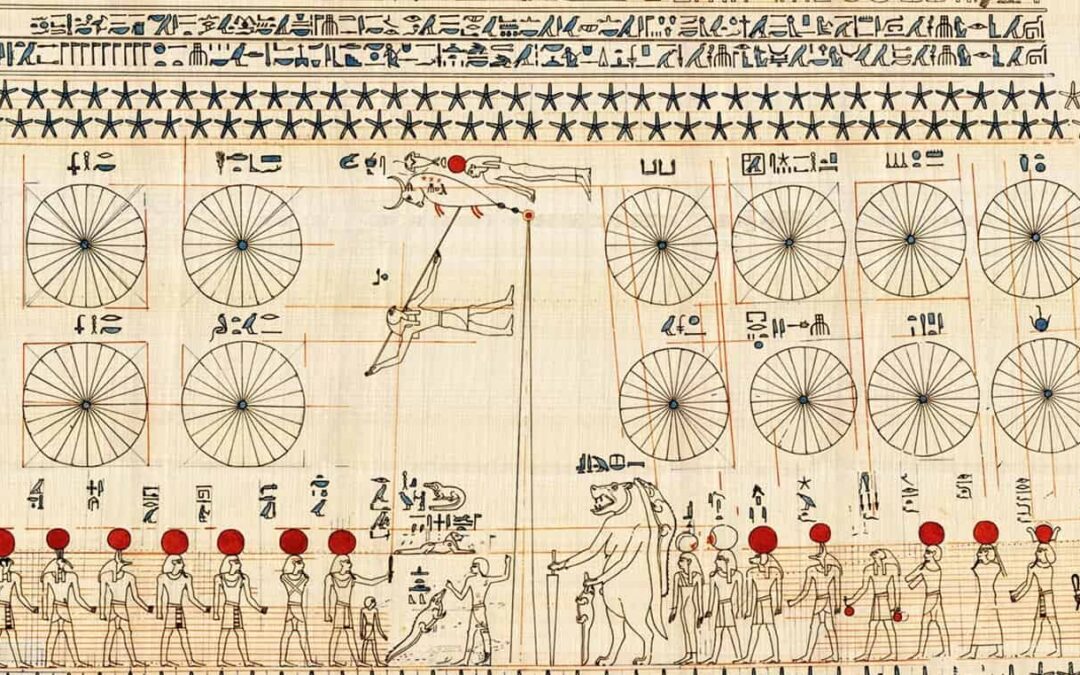 The Egyptian calendar arises at the beginning of the third millennium BC and is the first known solar calendar in history.

It was in full use at the time of Shepseskaf, the pharaoh of the Fourth Dynasty. In the Pyramid Texts the 365 days of the Egyptian civil year are mentioned. It was divided into 12 months of 30 days each, organized into three groups of ten.

At the end of the last month of each year, the five days (epagomena) that were left to complete the solar year were added, dedicated to various Egyptian gods.

“The Egyptians were the first of all men who discovered the year, and they said that they found this from the stars.” Herodotus Histories II-4

As the Egyptian civil calendar did not have the fourth day that the astronomical solar year has in excess, every four years it lost a day, so it became a “wandering calendar”, where “astronomically fixed periodic” events roamed through the months of the calendar.

Since the dawn of the Empire, the Egyptian priests carefully recorded the level of the waters, which they measured with the nilometers.

The timing of sowing or harvesting depended on it, and after years of observations they discovered that every 365 days the cycle repeated.

In Herodotus’s words: Egypt was a gift from the Nile. This comment is not a literary image, but a reality. Annual river floods caused by the monsoon flooded the fields, covering the desert sands with fertile silt.

In Egypt, various calendars – the lunar, the solar (civil), and possibly a third secondary lunar calendar – were used to accurately calculate ephemeris.

The Egyptian astronomical priests discovered that lunar calendars were not practical to predict the beginning of the Nile floods, calculate the seasons or count long periods, and comparing them with a measurement referring to the apparent movement of the Sun and the stars, they preferred to use the solar calendar for civil uses, for the first time in history.

The Egyptians may have used a lunar calendar before, but when they discovered the discrepancy between the lunar calendar and the regular passage of the seasons, they probably switched to a seasonal calendar, basing their regular onset on each annual Nile flood.

The first flood according to The Calendar was observed in the first capital of Egypt, Memphis, at the same time as the heliacal rising of the star Sopdet ( Sirius ). The Egyptian year was divided into the three seasons of an agricultural nature:

Astronomers in the Middle Ages used the Egyptian calendar because of its mathematical regularity. Nicolaus Copernicus, for example, built his tables for the movement of the planets based on the measurement of time with the Egyptian year.

Name of the months

The name of the months underwent variations over time, as well as the exact date of the beginning of the year. The name given to each of the twelve months corresponds to the time of the New Kingdom.

Plus five Heru-Renpet days (“those that are above the year”, or epagomenal days ), from August 24 to 28.

They were also known as (“of the birth of the gods”), since the birth of five Egyptian deities was celebrated in them: Osiris, Horus, Seth, Isis and Nephthys. Later, in the Coptic language , they were called Piabot Nkoyxi (“the little month”).

The gold of the pharaohs