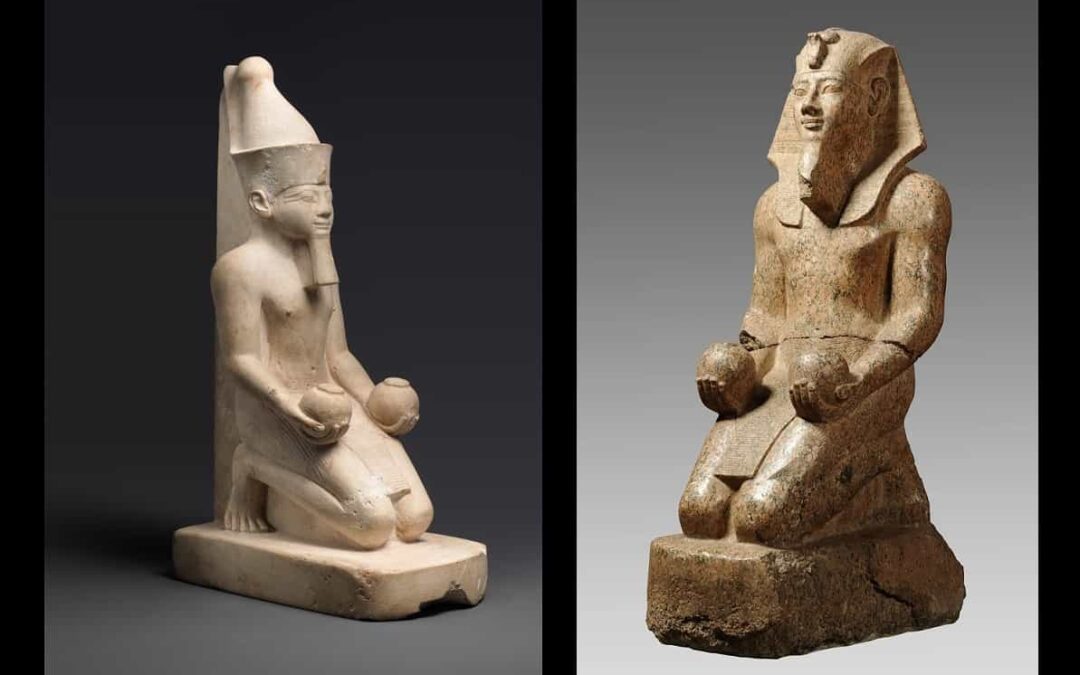 In ancient Egypt, the pharaoh was considered to be the guarantor of universal order in the face of chaos, so he had to be strong and powerful, not just in a symbolic sense. Although not all pharaohs were great athletes, there were some cases, such as that of Amenhotep II, the son of the great conqueror Thutmose III, in which it seems that the monarch did stand out in physical activity beyond propaganda.

“Then His Majesty appeared glorious, as a sovereign, as a beautiful young man who controlled his senses and had completed 18 years on his legs, with bravery. He had learned all the works of Montu (warrior god of the city of Armant); he had no equal on the field of battle; he knew horses; he had no equal in this numerous army. None of them could mount his bow; he could not be overtaken in the race.”

This is how the Stela of Amenhotep II, a stone monument discovered on the north-eastern side of the Great Sphinx of Giza, describes the son and successor of the great Thutmose III, the young pharaoh Amenhotep II, traditionally considered the archetype of athlete and hero loved and admired by his subjects.

This image of a sports hero is a perfect example of the evolution of the figure of the pharaoh throughout the history of ancient Egypt.

From the living god of the Old Kingdom, he passed to the monarch close to his people in the Middle Kingdom, until he reached the warrior pharaoh of the New Kingdom, a sovereign who led his army to the most remote corners of the world, the creator of an empire that extended through Africa and Asia.

In this period of ancient Egyptian history, not only are the divine virtues of the pharaoh praised, but his physical power is emphasized (the king is the strongest and most athletic) and his skill in combat, since he stands out like no one else in the practice of rowing, archery, driving a cart, horsemanship, running… In short, he is an accomplished athlete.

A skilled archer and horseman

In fact, the Great Sphinx Stela of Amenhotep II describes the athletic glories of the pharaoh in a heroic style reminiscent of the great Homeric poems of the Iliad and Odyssey.

The stela also expresses the love of the Egyptian prince for his horses: “When he was still a young prince, he loved his horses and rejoiced with them. His constant effort was to train them, to know their nature, to be an expert in controlling them and delve into those issues.”

The stela also emphasizes the great work that the then king’s son did with his beloved horses: “He raised horses that had no equal, that did not tire when he took the reins and that did not sweat while galloping. He adjusted the harness in Memphis and stopped to rest at the ‘resting place’ of Harakhty (the Sphinx)”.

We have already seen that, according to the texts, Amenhotep II’s athletic abilities seemed to be extraordinary. But is that true or is it just propaganda?

Although propaganda was commonplace in ancient Egypt to extol the virtues of the rulers (just remember the case of Ramses II), it may be that in the case of Amenhotep, in addition to logical exaggeration, there was a certain amount of truth.

In fact, the study of his mummy (which was found in his original tomb in the Valley of the Kings, KV35) has provided some interesting data: the height of the monarch, who died at approximately 50 years old, was above average, and he also enjoyed a magnificent physical complexion in life, which could indicate that, indeed, the pharaoh was very dedicated to performing all kinds of physical exercises.