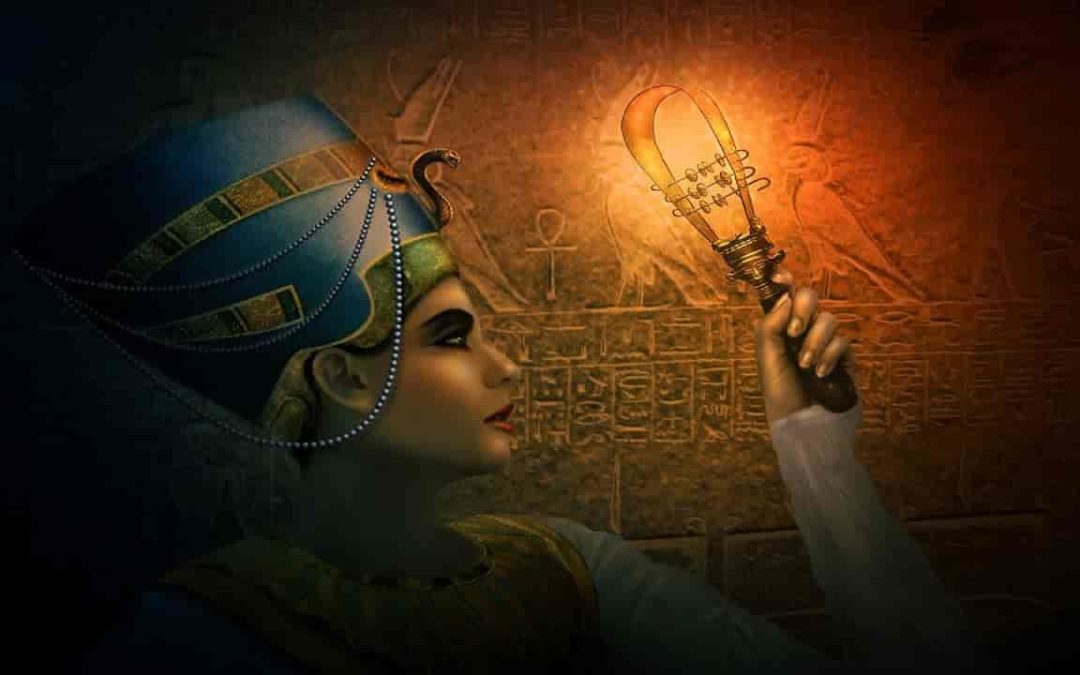 The walls of the Hathor temple in Dendera have been the subject of various theories and speculations since their discovery; and it seems that they have some unusual characteristics that cause hypotheses of all kinds to be launched.

What element can generate this type of controversy? The so-called Dendera light, or what is the same, a series of stone reliefs carved on the walls of the temple that are interpreted by many as the absolute evidence that in ancient Egypt rudimentary electrical technology was used.

The temple, started by Nectanebo I in the 4th century BC, and finished as early as Roman times, has a series of bas-reliefs in various parts of the complex.

These bas-reliefs are striking in containing what Egyptologists identify as a snake emerging from a lotus flower, a symbol of mythological character, in which the birth of an Egyptian deity related to the cobra is narrated.

However, some personalities such as the Ufologist Erich von Daniken , in the book the eyes of the Sphinx, assure that this image would not allude to a mythological image, rather it would be compared to more modern objects such as Crookes tubes, electric arc lamps and Geissler tube.

For Daniken it is quite evident, even more considering that one of those bas-reliefs is in a secret crypt.

One of the bases of this theory assures that this light would be the reason why no black carbon deposits are found in many of the tombs that have been discovered so far.

Thus, they compare this Dendera light to the mythical “Baghdad Battery”: a set of three artifacts which were found together: a ceramic pot, a tube of copper, and a rod of iron that many believe worked as an electric battery.

However, this theory has many detractors who assure that if such a leading invention had been generated for those days, there would be a clear reference to it in the already existing Library of Alexandria, a library with countless copies to which the top thinkers from around the Hellenic world.

In the eighties, two researchers, Peter Krassa and Reinhard Habeck , would sound the alarm against a series of hypotheses.

As a result, new speculations would be created that would affirm, among others, that the ancient Egyptians had discovered that the decomposition of some materials of organic origin resulted in something similar to methane gas.

A series of discoveries that would help them create an artifact that could naturally apply light to hallways without damaging their interior decoration.

Many of the passages in these great and magnificent buildings were in utter darkness. However, over time, no remains or marks of torches or lamps have been found on ceilings and walls.

Obviously these are hypotheses, since the truth is that this type of apparatus has not been discovered and we can only rely on the hunches of these researchers.

It seems that as on many occasions, the ancient Egyptians are still a great mystery to today’s civilizations. In the absence of more evidence there will always be those who assure that this civilization was much more than we can imagine.

How did Ginger The mummy die?