Home / Facts You (Probably) Didn’t Know About Who Was Akhenaten

Facts You (Probably) Didn’t Know About Who Was Akhenaten 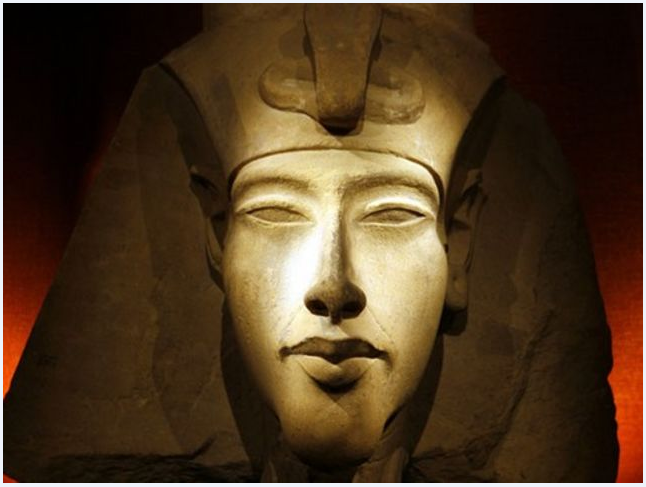 Akhenaten was an Egyptian pharaoh that belonged to the 18th dynasty and was on top of Egypt for about 16 to 17 years. There are some interesting twists in the pharaoh’s life like his religious revolution and renouncing of the polytheism that was really strong in Egypt, had a name change, and a lot of other things that we won’t give out just yet.

His official dying year is unknown, but it’s estimated for Akhenaten to have died between 1336 BC and 1334 BC, Because of all the religious renouncing , he was never accepted as a king by the widely population, his statues were hidden and his monuments destroyed.

His name was forever removed from the king’s list. Later, when his successors continued and legacy of the dynasty 18, they called Akhenaten the criminal and the enemy of the state, making sure he was completely removed from the book of the kings.

It was in 19th century that he was located again and rediscovered in the city that he build and dedicated to the new god Aten that he worshiped, in a town called Amarna.

It was Flinders Petrie that had an idea to explore the tomb where he was buried (at that time, no one knew what was there) and found a mummy inside the KV55 tomb.

After a lot of testing and analysis, it was determined that the DNA found inside the tomb belonged to Tutankhamun’s father, which made the existence of Akhenaten in question, but after a long research, the god he worshiped, the city he built, the arts that he was enjoying and the unique style that he followed, it’s stated that the man in the grave is truly the pharaoh Akhenaten, and the father of Tutankhamun.

Akhenaten was of father Amenhotep III and mother the Chief Queen Tiye. He had a brother by the name of Crown Prince Thutmose which was the heir of the throne, but to Akhenaten’s fortune, he died really young age which meant that it was Akhenaten’s turn to take over the Egyptian kingdom.

At that time, Akhenaten was known as the Prince Amenhotep the IV, named after his father in order to continue the dynasty, the legacy and to hold the religion together, but the story receives a rather strange finish.

One thing is sure, he is crowned in the city of Thebes, and exactly where his reign begins. His first mission was to decorate the southern entrance of the temple of their main god, Amon Ra.

It was not long before he decided to pursue another religion, and for a king and a ruler changing his religion, with so many people behind, it was obvious that he had gotten into a trouble early on.

Athenaten put a great emphasis into worshiping the sun god Aten, this is seen in many of the paintings all over the city of Aten and there were many believes that he forced his people into following their leader to the new religion of his.

It took several years for Akhenaten to manage to gather a group which he could spread his believes. He repelled off the gods and the believes of many gods, and stated that there is only one god: Aten, who possessed the same strength and powers as all the gods combined.

It was obvious that the people disliked the new believes that were thrown and forced on them, which explains why a drastic change was happening in Egypt not long after his death.

All the paintings of Aten were removed, all the treasure that was related to this religion destroyed, and all the monuments of the king destroyed, statues burned and hidden and his name completely removed from the list of kings. It was the anger of the people and the priests of other gods that completely removed Akhenaten and his god Aten from the ancient history.

There are two theories about the treasure of Akhenaten, the first one suggests that when king Akhenaten died, it was obvious that someone from his family would take over the throne. It was his family who saved the treasure and moved it away to a different location. Later studies show signs of the treasure, although it’s not confirmed.

But other theories suggest differently. The treasure of Akhenaten was destroyed and robbed in the process of deleting the king from the history.

At the start of his reign, following the steps of his father who also got married in the same phase of his life, Akhenaten married Nefertiti. In their time together, what we have managed to find out so far written on inscriptions, they had six daughters.

He also had a son, Tutankhaten, who later changed his name into Tutankhamun, with his second daughter, which the archaeologists named “The Younger Lady” whose mummy was found untouched in these years.

However, it’s unknown who the mother of his successor Smenkhare is, and there is still no evidence of it, so that field is left blank in the history books.

3. Mitanni princess Tadukhipa which was the widow of Amenhoteo III.

4. A daughter of Satiya, the king of Enisasi. Wife of Akhenaten.

5. A daughter of Burna-Buriash, the ruler of Babylon. Wife of Akhenaten.

Let’s see all of the children that Akhenaten had, in order and in year by the Amenhotep III’s reign:

4. Ankhesenpaaten, known as the Queen of Tutankhamun, year 4.

Among the many wives that Akhenaten had, some of which have no importance over history, we will speak about Nefertiti as she was Akhenaten’s wife for most of his and hers life.

Nefertiti was the Egyptian queen and the Great Royal Wife of her king. She was also following the religious believes from her husband, as every good queen would.

Together with her husband, it’s believed that they ruled Egypt in the wealthiest from that the whole civilization has had. Her birth name was Neferneferuaten which was later changed into Nefertiti.

In the small time that she managed to rule with the Ancient Egyptian Kingdom, she was forced to move the capital of the civilization back to its original state in the city of Thebes, after the great fall of Amarna, which is what marks the pinpoint of her reign after King Akhenaten died.

What she is famous by most in today’s modern world is her bust. The bust is the most copied item from the Ancient Egyptian mythology, and the original one is now located in the Berlin’s Neues Museum.

It was one of the great works by the famous Thutmose and it was located by archaeologists in his office. The bust was of a great importance of understanding the facial proportions of the Ancient Egyptians and helped pix a lot of puzzles that the scientists had pissing pieces for.

What is strange in the world of archaeologists is that you can find information about the Ancient Lands way out of their own territory. There is a lot of information about Akhenaten that we have managed to find in the site of Akhenaten.

There are Amarna’s Letters discovered, containing a lot of information about the international politics and relations of the King Akhenaten.

At the start of his reign, Akhenaten and Tushratta had a lot of trouble with each other. Tushratta is the ruler of Mitanni, who had courted against the Hittites.

There are many letters suggesting that the statues of gold that were supposed to be sent by King Akhenaten were actually statues covered in gold rather than made out of solid gold. This was the gift for the king who let his daughter Tadukhepa in Egypt to marry Amenhotep III and after his death; she was re-married to the king Akhenaten.

King Akhenaten’s death is something which is not clarified. There are possible illnesses connected to his death. One of the theories is that Akhenaten suffered Marfan syndrome, which is not the lack of intelligence like it was the case with Froelich, but it was a rather connected with appearance.

The chest was sunk, the long spider-like fingers, heart difficulties because of the sunken chest, a high curved palate and dislocated lens in the eye which needed a lot of light to be able to see properly.

The condition that we mentioned above, without the proper medical help in that time, were good enough reason for the death of one of the most famous Egyptian Pharaohs.

His body, which was firstly located in the great city of Amarna, was later moved to Thebes.

Today, we know that Akhenaten and the whole Amarna family, or what remains of them is placed in Meryra II tomb, which has sign or the second or the second month-12th year of his reign. They were found in 2010 from the DNA testing, and it was actually not on purpose, the scientists were looking for the mummy of his son.

This discovery is very important for us humans and our knowledge of the Ancient Egyptian civilization. It helps fill many empty puzzle pieces and gives us a clear image of the happenings 3,300 years ago.

If you are not aware, this was the very first try of monotheism, but unfortunately, Akhenaten’s dream where he destroyed a century of collecting art in the Egyptian soil just to prove to the people that there is one god didn’t last for very long as it was quickly returned to the normal worships and believes by his son, Tutankhamun, who is another important piece in the Ancient Egyptian history.

Tutankhamen was the name that connects the most as Akhenaten’s successor, and immediate changes were seen in his reign and in the whole Ancient Egyptian civilization.

Tutankhamun ruled from his age of 9 to his age of 19 where he died in 1323 BC. The story about Ancient Egypt is continued by the Queen Nefertiti for a very short time, and finally by his son Tutankhamun, and this is where the story of the great king Akhenaten ends.