Home / Heracleion, the ancient Egyptian city that sank into the sea

Heracleion, the ancient Egyptian city that sank into the sea 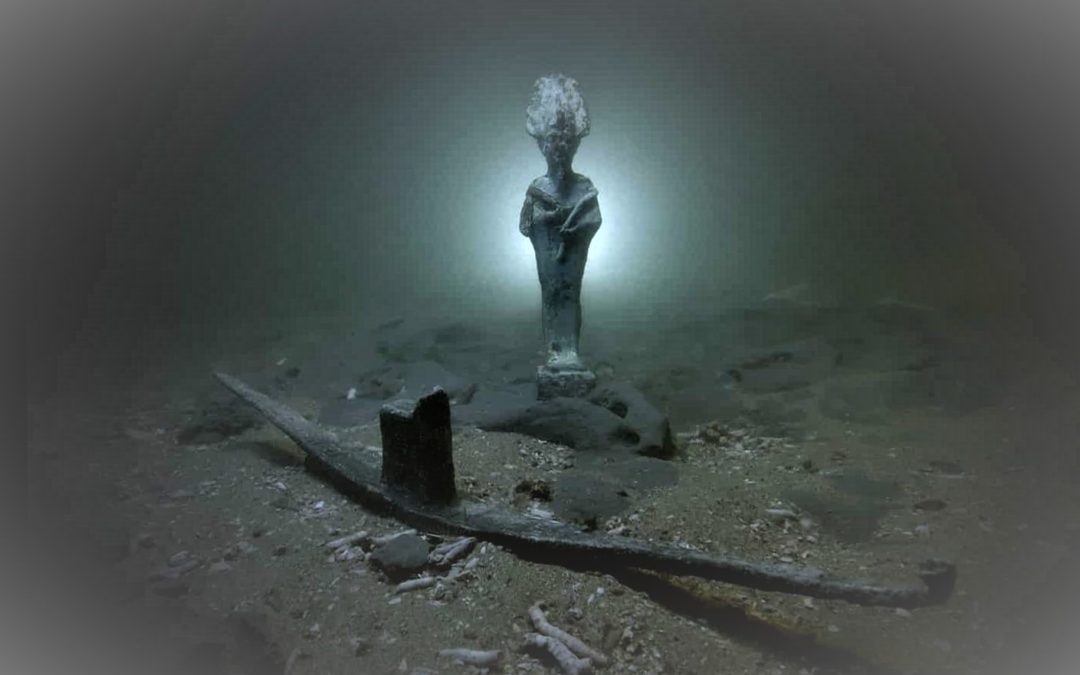 Heracleion is located in the middle of the Egyptian coastline, in the Mediterranean Sea. Its privileged location made it the most important city in ancient Egypt, since it was the main international trade port.

It is currently submerged about 10 meters below sea level. Heracleion has nothing to do with Heraklion, the capital of Crete

The city is filled with impressive statues over 16 feet (4.8 meters) from the ancient Egyptian goddess Isis, the god Hapi, mummified animals, and numerous remains from the temple that inaugurated Cleopatra as Queen of the Nile

Thanks to all the findings, new hypotheses can be created to help explain how ancient Egyptians really lived, from a religious, economic, political and social point of view

When did they discover Heracleion?

The team discovered the lost city of Thonis-Henacleion, which was totally submerged in Abu Qir Bay, in the Nile Delta, Egypt

Heracleion is the Greek name for the ancient Egyptian city of Thonis, which must have disappeared and totally submerged under water after a terrible earthquake that devastated the region more than 1,000 years ago.

Thonis-Heracleion was Egypt’s main gateway in the first millennium BC, long before the founding of Alexandria, which today is the country’s second largest city.

All the vessels that made commercial exchanges with Egypt arrived through Thonis, it was the main port of international traffic and the cradle of tax collections

The oldest nautical collection in the world

The discovery of the city by Goddio’s underwater archeology team initiated a process of archaeological research that brings together the most prominent divers. So far, the team has found 64 ancient Egyptian ships dating from the 2nd and 8th century BC

The boats are submerged in marine mud in surprising conditions, almost perfectly preserved.

They have found more than 700 different types of anchors, which expand the maritime studies of the ancient Egyptians and constitute the oldest and best preserved nautical collection in world history.

“The fact of lying at the bottom of the bay without being touched by human hands and protected by sand and mud for centuries has made the remains spectacularly preserved.” Explains one of the directors of the archaeological group at Oxford University

A graveyard of ships

The immense number of ships located in the same place, started a series of hypotheses, one of which inferred that the collection of ships actually represents a ship graveyard

Damian Robinson, the director of the Center for Maritime Archeology at the University of Oxford explains that: “It should not have been a simple abandonment of ships, but a way to block the passage of enemy ships so that they did not access the port city

All the finds found in the city of Thonis-Heracleion keep the cultural identity of ancient Egypt. The objects that add up to more than 250 antiquities (without taking into account the boats), are guarded by the specialists of the underwater archeology center under strict conservation conditions

The Curious Mummy of Bad Luck

Why do Egyptian statues have broken noses?