Home / Khopesh: The Egyptian Sword that Forged an Empire

Khopesh: The Egyptian Sword that Forged an Empire 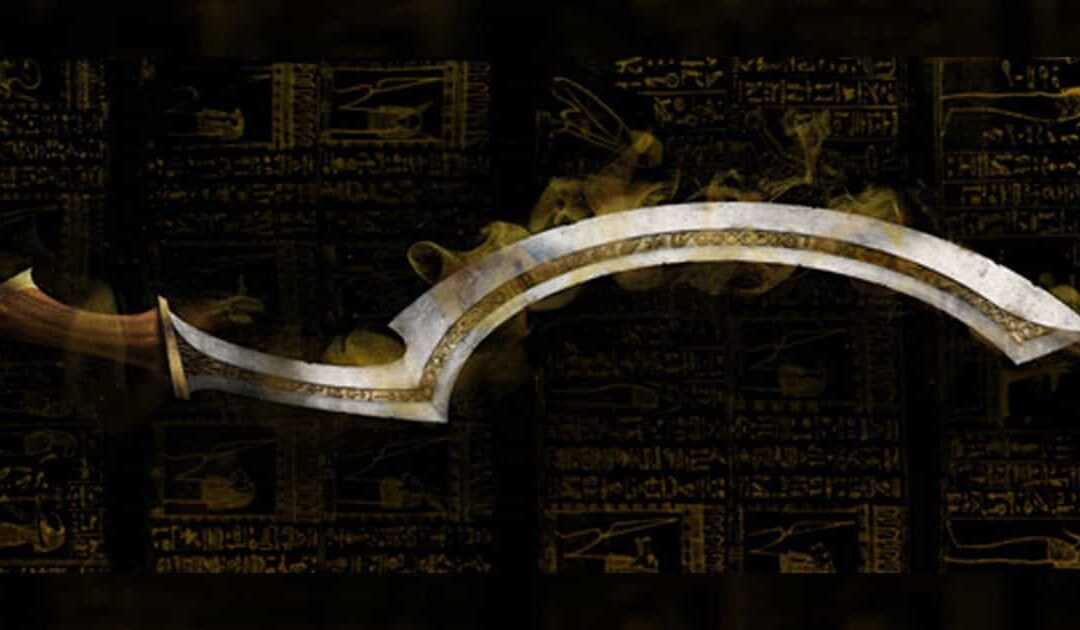 A khopesh is a sword or saber with a curved blade, in the shape of a “U” or sickle shape (depending on the period) with the edge in its convex part, used in the ancient Near East and in the Canaan area and which became popular in Ancient Egypt.

Origins of the Khopesh

Its origins can be traced back to Sumer in the third millennium BC. The khopesh was developed from the axes used in warfare, which makes it not a true sword (which evolved from daggers) but a specialized ax.

Unlike this, the khopesh does not produce deep cuts but slashes. Improvement in bronze castinghe evolved the ax to an all-metal variant, to which they reduced weight, leaving only the blade close to the edge. Supposedly, to try to give the cutting power of the ax to the swords used at the time, which were straight.

The khopesh in history

The khopesh arose in the Mediterranean Levant, an area that covers the Mediterranean coast of the Middle East from the Sinai to present-day Turkey. And this area, and the peoples who lived there, was historically faced with Ancient Egypt since the third millennium BC.

The khopesh became the most typical weapon of Ancient Egypt along with the light war chariot, and by the deductions of specialists it could well be the first time that a curved blade was used in a war sword.

Therefore we would be talking about the primal form of the saber family. That is why it is said that the ancestry of the Greek kopis is the khopesh.

The khopesh became very popular during the New Kingdom (1570–1070 BC), when it was used as a symbol of royal power. His epitaph begins with the entry of the Ptolemaic Dynasty and the definitive fall of the Egyptian empire at the hands of Rome.

The khopesh is a weapon with many variations in its morphology. From the concave blade and outer edge versions to their final versions more recognizable as a short saber, many centuries have passed.

In general, a khopesh is a short sword that measures about 50-60 cm in length (although there are smaller specimens) and is made up of three main parts: a hilt of about 18 cm, a straight section without edge of about 15 and 30 cm and a crescent-shaped end, with a sharp outer edge, measuring between 30-40 cm.

It lacked guards on the hilt and served efficiently in its time, given the type of defensive weapons ( armor and shields ) it faced. However, its value lay in the mass that it used when cutting, and this is a characteristic that every family of sabers in history inherited.

Therefore, the cutting power of these ancient swords was tied, rather than by their edge, by the use of their weight, which was accumulated at the point of percussion of the weapon rather than near the hilt.

Amarna, the court of Akhenaten and Nefertiti