Sobek: Egyptian god of the Nile 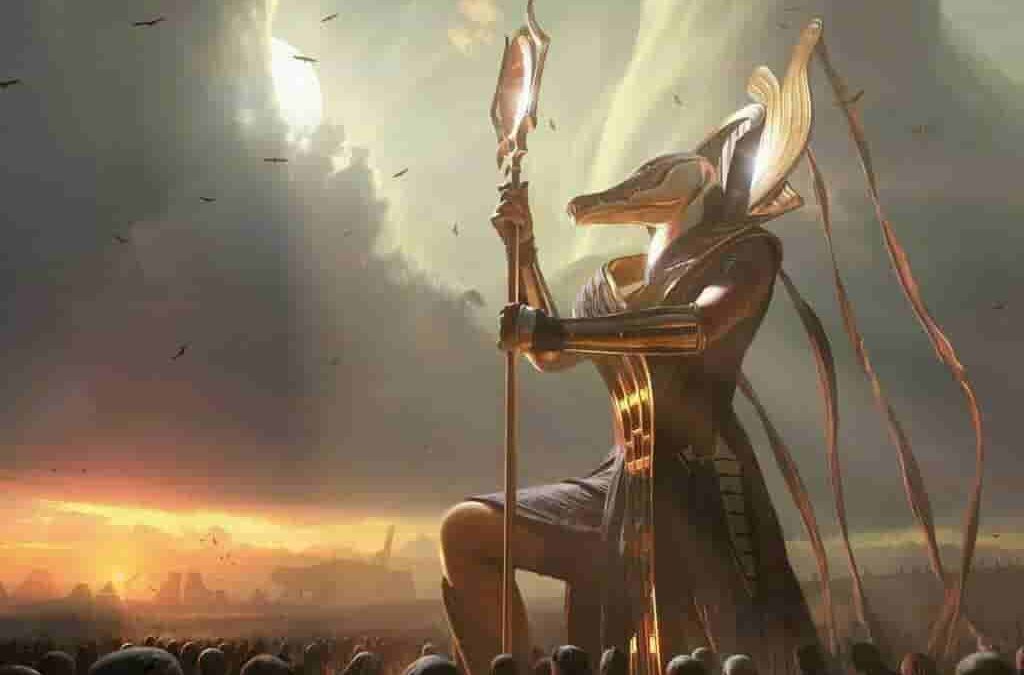 Sobek. Egyptian God who personified the fruitful and beneficial action of water, but at the same time, also its destructive power. His role as creator god put him in direct relationship with Ra and Khnum, associating the habitat of the crocodile, his sacred animal.

Crocodile, Crocodile with a falcon head. Man with a crocodile head. On his head he has twisted horns from which two feathers emerge, a solar disk and two ureos.

It can be adorned with the atef crown. In late period it is possible to locate it with the head of a bull, hawk, ram or lion. In his Dahamsha temple he also appears carrying a sun disk on his head.

Sobek was god of beneficial character, creator of the Nile, who would have emerged from his sweat; god of fertility, vegetation and life.

His cult dates back to the first Egyptian dynasties. He was believed to have emerged from the waters of chaos in the creation of the world. He was “Lord of the waters.”

In the evil aspect he is represented as a demon from the Hereafter; he was associated with Set because he created danger and disorder; in some version of the myth of Osiris it is said that Set hid in the body of a crocodile to escape without punishment for his crime; however he helped in the birth of Horus and helped destroy Set; he also rescued the four sons of Horus, by order of Ra.

His abode was east of the mountain of Bakhu, so he received the name “Lord of Bakhu”; He also has a temple there. It is related to the north cardinal point.

He associated with Amun , with Ra (like Sobek-Ra), with Horus, Heryshaf and Set; The latter also appears as his father. The Greeks called him Suchos, which means “crocodile” and identified him with Helios.

His cult center was in Shedet – Arsinoe Crocodilopolis, then in Kom Ombo, Thebes and Lake Moeris. Sobek worshiped in Shedet (El Fayum) with Neit and Senuy, and in Kom Ombo, where he is the husband of Hathor and father of Khonsu.

His festival was celebrated on the 4th of the month of khoiak.

In the sanctuary of El Fayum they had a live sacred crocodile, Petsuchos the one they maintained, in the temple pond with bracelets and gold necklaces.

According to Strabo’s references, the crocodile was fed with bread, meat and wine, food offered by the pilgrims who approached the temple to observe him. A priest approached the animal and opened his mouth while another gave him the offerings.

His cult, centered on Fayum, was widespread, especially in areas of water dependence, where he was venerated to placate the wrath of his sacred animal, the crocodile. He was also worshiped in Gebelein and Esna.

Pharaoh Sobekhotep took his name, which means “Sobek is satisfied”.

The royal family in ancient Egypt