Home / The town of the pyramids workers and their necropolis

The town of the pyramids workers and their necropolis 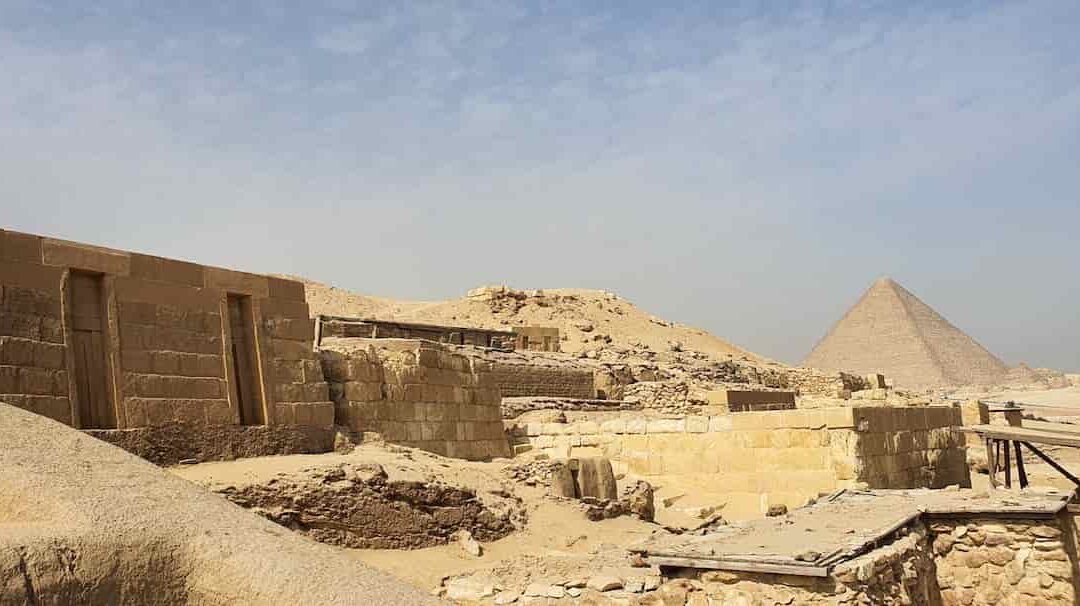 The whims of fate and luck play a significant role in spectacular archaeological findings, and they nearly always go hand in hand. Mark Lehner, an American Egyptologist, and his colleagues uncovered what seemed to be a town of laborers southeast of the Giza pyramids in 1998.

At first, it had been enclosed by a massive rectangular-shaped wall, but no one knew what it was for. Bakeries, artisan workshops, workers’ cottages, and production galleries were discovered in the researched territories, all of which could be dated to the 4th Dynasty.

North Street, Main Street, and South Street cut through the West Extension and the gallery complex from west to east, splitting around 185 m. into four broad blocks.

Although these roadways permitted direct block crossings from east to west, it appears that the site had only one primary route from north to south, or more specifically, from northwest to southeast.

According to Lehner, the actual length of these streets is unknown, although the Main Street plan could be 160 meters long. From the East to the West, If its production facilities offered offerings for the Giza pyramid temples well beyond the 4th Dynasty, the habitation date was long.

From the late 5th Dynasty to the collapse of the Old Kingdom, Reisner discovered considerable evidence of religious ceremonies in the pyramid temples of Menkaure (Menkaure).

More than 300 inscribed fragments were recorded by John Nolan, 50 of which include actual readable names: six are undoubtedly Khafre, and twelve are Menkaure.

In 1990, archaeologists led by Egyptologist Zahi Hawass discovered the first tomb of the pyramid builders by accident after a tourist’s horse tripped against a chapel wall, less than a kilometer west of the hamlet; it belonged to Ptah Sepsw, according to its indicator panel.

In 2010, a team led by Zahi Hawass uncovered more burials in the same region. The most important is that of Idu, which has a rectangular shape and is vaulted. Another notable grave is Petety’s, which has a full-fledged curse: “Whoever does something terrible against us or this grave will be consumed by hippos, crocodiles, lions, snakes, and scorpions.”

According to Zahi Hawass, these burials were a huge find because they were on sacred territory and could not have belonged to slaves but to free men in the pharaoh’s service.

Following an examination of his remains, it was discovered that they had suffered significant knee and wrist injuries as a result of the use of heavyweights, but that they had also undergone successful amputation and fracture interventions, implying that doctors were present in the town caring for these workers, as well as that their diet was higher in protein and more careful than the average of the common people.

The necropolis begins at the base of a bit of hill and ascends to the importance of the tomb owners. Its structure isn’t uniform, and it doesn’t follow a predictable pattern. The several tombs are distinct from one another.

The Magnificent Step Pyramid of Djoser in Saqqara

How did the ancient Egyptians drag the stones for the pyramids?