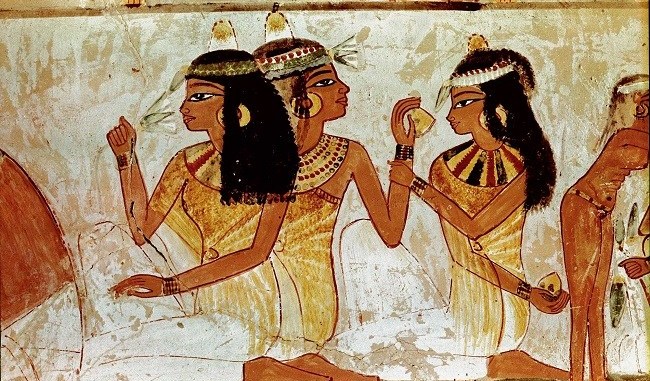 When talking about the role of women in ancient Egypt, we must bear in mind that we are talking about a civilization that lasted for 3,000 years.

During that time, the socioeconomic status of women did not change much. Although women could divorce and have inheritance and their dowry, the reality is that the large administrative positions and other functions outside the domestic or service were closed to them.

However, we must put ourselves in the temporal and spatial context. Wife of vizier Mereruka playing the harp. Tomb of Sakkara.

The woman in wisdom literature

In Egypt, this vision is shown in the wisdom literature of Ptahhotep, minister of the 5th dynasty, where he writes these words:

“Marry and love your wife more than the whole world. Give her plenty of food and beautiful dresses, soak her with your perfumes and make her happy until death. The woman is a good field for its owner, but you have to know how to cultivate it “. Statue of a woman carrying offerings. Metropolitan Museum of Art of New York

Roles of women in ancient Egypt

On the other hand, even taking into account that the women of higher classes cannot be compared with those of the inferior ones, the education of the woman was almost null.

Some education could be given in the royal family, but even among rich families women were illiterate.

Only five princesses came to reign: Sobekneferu, Hatshepsut, Twosret, Nefertiti and Cleopatra. On the other hand, experts argue if there were some more cases but you can count on the fingers, and all that for three thousand years.

Having seen this, the only thing left for the woman was domestic chores, the production of food, and the creation of textiles.

Legally, we know that women could manage the estate of the deceased husband, as we said in the previous article. In the Middle Kingdom, identity was transmitted through the mother’s line and we know that in some cases the inheritances were transferred in the same way. Hatshepsut being crowned pharaoh by the god Amun (Obelisk of Karnak)

The woman in the funeral decorations

All this has its representation in the decoration of tombs. The woman has an important role beside the husband, but the husband is the one who has the preponderance in the scene.

Scenes of offerings or a love theme give us codes and keys to understand the feminine role in society.

The color with which men and women are represented gives a clue to that. The female is painted yellow and the man in red, since he spent more hours in the sun, working outside.

Although women in ancient Egypt did not have the freedom of man in terms of movements, there are times when they had more than in others, as we read in a text by Ramses III.

“And I made it possible for the woman of Egypt to continue on her way, to make her travels as far as she wanted, without any person assaulting her on the road” The love poetry was very important throughout Egyptian history. It stood out above all in the palatial atmosphere, in the rich families and where the services of musicians could be hired, such as harpists, flutists, poets, dancers and actors.

In this type of poetry, the beloved is called “sister”, since in the royal family was the custom of weddings between brothers to maintain the royal lineage.

Scientists have managed to rebuild or, at least, make a possible reconstruction of the metrics and sound of these songs and poems sung by women in ancient Egypt.

The most famous songs and poems are those that were composed during the New Kingdom.