Home / Chariots of war, the “tanks” of the pharaohs to crush the enemies of ancient Egypt

Chariots of war, the “tanks” of the pharaohs to crush the enemies of ancient Egypt 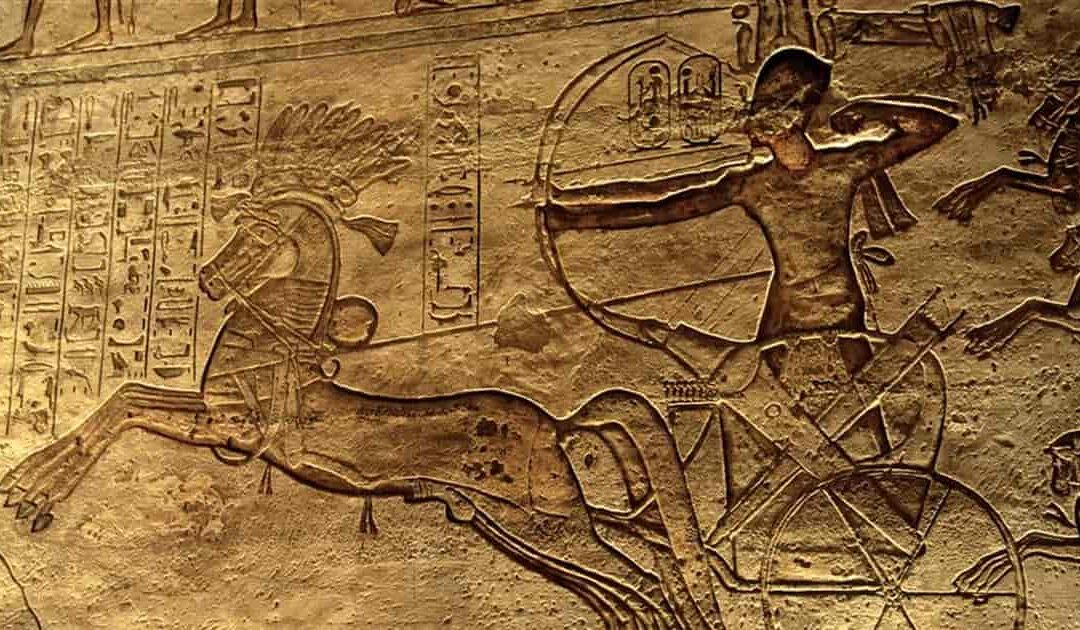 Fast, light and deadly. The civilization based on the banks of the Nile perfected the war chariots to turn them into firing platforms that wreaked havoc among their adversaries.

Although it was not the ancient Egyptians who introduced the war chariot in battle (this privilege belongs to the Sumerian cities of southern Mesopotamia, as revealed by the author Robin Cross in his work ” 50 things to know about the war “), they did manage to make it a definitive weapon.

And not only that, but they used them against the very peoples that had created them.

“The Egyptians of the 18th Dynasty turned that technological success against their own inventors by using chariot units to subdue one province after another throughout the Middle East,” explains Egyptologist Toby Wilkinson in his work ” Rise and Fall of Ancient Egypt “.

Light as a feather

Most authors agree in dating the appearance of the chariot of war between the years 2600 and 2000 BC. So say the aforementioned Robin Cross, the archaeologist Fernando Quesada Sanz in his book ” Chariots in the Ancient Mediterranean: the origins of Rome ” and the author José Miguel Bandeira in “The Egyptian imperial weapon”.

Quesada is one of those who elaborates the most on the explanation by stating that “the Sumerian city-states built different types of chariots, from two to four wheels.”

These primitive “tanks” of antiquity had solid wooden wheels and fixed axles.

Chariots of war in Ancient Egypt

The chariots of war that reached Egypt, back in 1600 BC, was the Canaanite model.

This already had a fairly lightweight structure and four-spoke wheels supported on an axle located in the center of the box.

It was being pulled, as Bandeira explains, by two horses. And by then the crew had been reduced to two. It was already lethal, but eager to create the perfect weapon, the Pharaoh’s engineers perfected it in the following decades to create an extremely fast and maneuverable vehicle.

These characteristics allowed the vehicle to acquire a speed of up to 40 kilometers per hour (until that moment the average was just over 20 km / h) and make “very sharp turns without losing stability.”

Wilkinson is also in favor of the fact that the ancient Egyptians thus created a perfect firing platform capable of attacking the opponent, and retreating before taking damage.

“The lightness of the cart and the rearward position of the wheels gave it maximum speed and maneuverability.”

During the New Kingdom, the Egyptian chariot crews used to be two men. To them was added, according to some theorists, one more combatant who accompanied the vehicle on foot.

1 – Driver. His goal was, of course, to steer the chariot. However, he also had other tasks such as carrying the vehicle’s only defense against enemy projectiles: a shield. In addition, he carried a small knife to cut the reins if they were intertwined.

2 – Warrior. All experts agree that his main objective was to shoot his bow at the enemies of the pharaoh. However, each source attributes a type of secondary weapon to him.

3 – This combatant is mentioned in some inscriptions that are difficult to understand, as determined by Juan Pablo-Vita.

“His job in battle was to follow the war chariot on foot to defend it from enemy attacks. In turn, he was in charge of finishing off the enemies that fell in his path. The speed of these vehicles caused, however, that he ended up totally exhausted.

The birth of ancient Egypt

Magic in Ancient Egypt: The dark truth behind curses and spells