Home / Did Hatshepsut Have a Secret Lover? 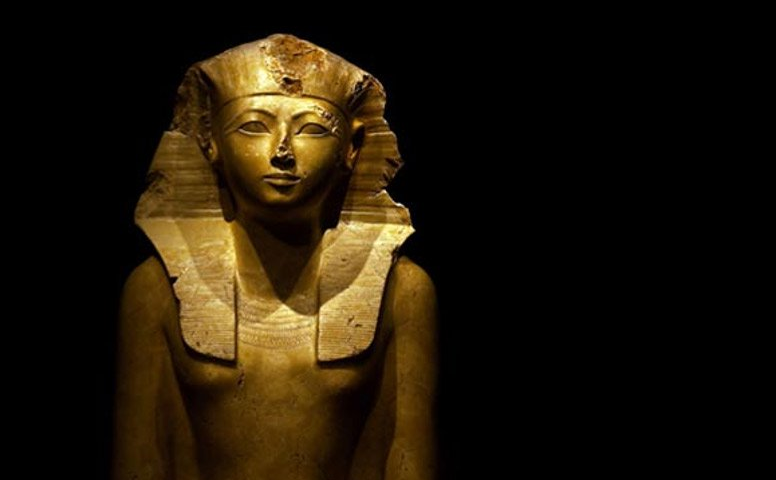 The exact date of birth of Hatshepsut is unknown. Rumors and legends surround her birth. Numerous pictures name as her father the god Amun, who in turn named her son.

As a child, the princess, like all other children of the court, learned to read and write. She was also taught religious rites, as well as the broad guidelines of military affairs.

Her father promoted his daughter’s education by taking her on his inspection trips. She was married to her stepbrother, later Thutmose II.

From her marriage came only one daughter, Nofrure. This was educated by Senenmut, the later adviser to the Pharaoh.

Little is known about Thutmosis II’s accomplishments. He is often described as a feeble, sick ruler. His mummy shows clear signs of illness.

Hatshepsut brought numerous employees to the court, including Senenmut. She started to organize buildings at this time, e.g., in Karnak.

We didn’t know much about Hatshepsut’s existence as queen till the 19th century. This is because it was reported that Thutmose III eradicated almost all pieces of evidence linking her like once a queen.

These created a temporal gap in ancient Egypt history which was decoded by Archeologist able to read the hieroglyphics on one of the walls on Egypt around 1822.

Because of this, a level of confusion has existed as to whether she had a secret lover during her reign. And the question yet to be answered is who Hatshepsut’s secret lover was.

Apparently, it was never recorded that Hatshepsut ever remarried. However, there are indications that one of her ministers, her chief steward worked very closely with her.

He was even her closest advisers. Supervising various projects on her behalf and acting in very close relations with her.

His name was Senenmut, started from his service from scratch as a commoner, no political or royal background. Historians referred to him as commoner-turned-politician.

Though there is no direct evidence linking to the fact that he had a sexual relationship with the queen.

But it was seen in the ten statues he commissioned that he represented himself so close and intimate with her. Some of the statues showed him standing close to her as a guardian.

This acts indicated a deep level of closeness between the two Senenmut and the queen, his influence in the Egyptian dynasty also showed how great a trust the throne bestowed upon him.

History records them achieving lots of things together, and while attempts were made to eliminate all traces of her existence from history, we know that Senenmut had a high position of power and influence in the Temple of Amun(the most sacred and religious institution at the time).

Hatshepsut‘s secret lover might have and not have been known, but given the evidence indicating their closeness and love for each other, it is more logical to conclude Hatshepsut had a secret lover.

The Last queen of Egypt: Cleopatra Husband and Lovers