Home / The discovery of an Egyptian tomb built with coral 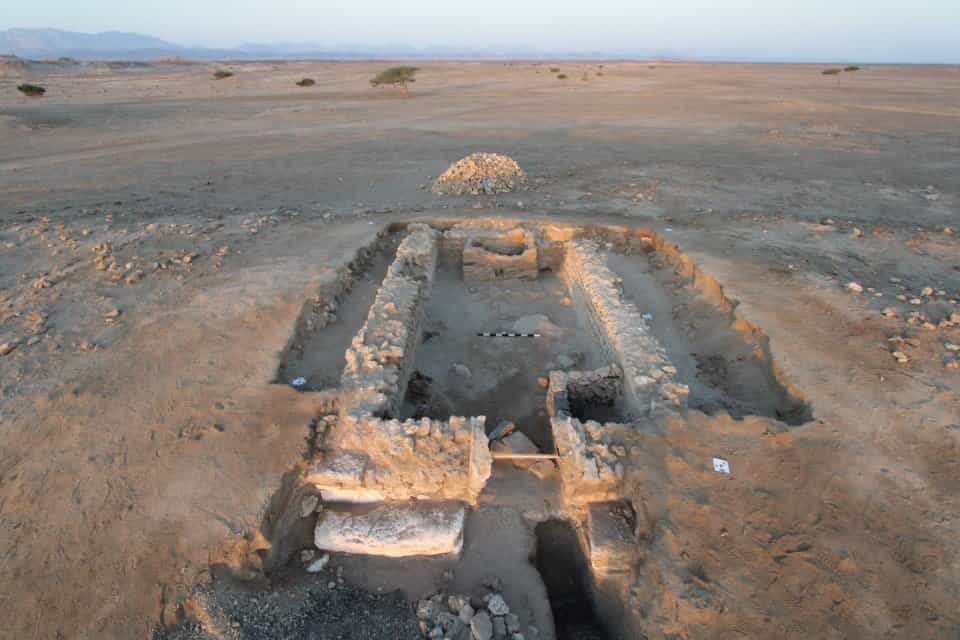 Archaeologists digging at a Red Sea trading port have uncovered a lavish tomb dated between the fourth and fifth centuries. Its walls and floor are made of white coral, highly unusual for Egypt at that period.

In collaboration with the Egyptian Ministry of Tourism and Antiquities, a Polish-American archaeological team led by Steven E. Sidebotham of the University of Delaware, and Mariusz Gwiazda of the Polish Center for Mediterranean Archeology at the University of Warsaw, excavated an ancient port city located on the shores of the Red Sea in 2008.

Located in the eastern desert of Egypt at the Berenice Troglodytica site, it was originally founded by Ptolemy II in the third century BC.

According to the researchers, the project’s objective was to study the community that lived in this settlement after the Roman period, between the fourth and sixth centuries AD.

They were discovered to be the Blemmyes, nomadic people who inhabited the eastern desert from the current border between Egypt and Sudan.

Although the Romans no longer dominated the region, the Blemmyes apparently continued carrying out a great commercial activity over long distances (trade routes connected the Indian Ocean, East Africa, and Byzantium), with which the port of Berenice continued to be important.

At the end of the last archaeological campaign, the researchers made the results public. Among the findings, the discovery of a monumental tomb with walls and floors made of high-quality white coral stands out.

This new discovery is the first explicit example of social differentiation in a little-recognized phase of the City’s occupation in the fourth-fifth centuries of our era.

The equipment and the shape of the burials are unique in all the east of Egypt.

“The use of plaster with corals as a building material is unique in the architecture of this period and was recorded for the first time in Berenice,” says Gwiazda, who also points out that the selection of the coral fragments must have been very carefully placed and would have taken a long time; something that surely increased the cost of construction, suggesting that members of the City’s elite were buried here.

The tomb is a rectangular space that measures five meters long. Inside, several communal burials were found endowed with rich grave goods of more than seven hundred necklace beads (some made with materials from South Asia), rings, silver earrings, and ivory bracelets.

The archaeologists also found wine amphorae, ceramic containers to hold water, incense burners (one of them beautifully made of stone in the shape of a lion’s head), and bowls.

All this is very possibly related to funerary rituals. For their part, the bodies of the people buried there were arranged in stone coffins located next to the walls and placed in a fetal position, possibly to gain space.

One of the aspects that most interests archaeologists excavating in Berenice is studying the different funerary customs that took place here, making the discovery of this tomb of enormous importance.

The team also plans to carry out various paleoanthropological analyzes of the human remains from multiple tombs in the town.

This will allow researchers to better understand the rituals and traditions related to the funerary world, as well as shed light on the diversity of the population of Berenice during the late ancient period.