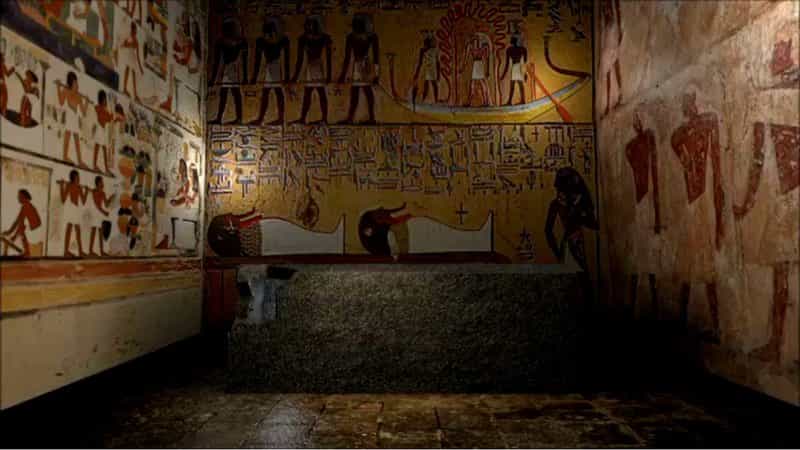 Reports tell how a group of thieves robbed Sobekemsaf II’s tomb, and experts assume they suffered brutal punishment as a result.

Ancient Egyptian court documents dating back over three thousand years indicate that at least eight thieves broke into the tomb of Sobekemsaf II — the pharaoh of the seventeenth dynasty — to steal priceless riches stored inside.

The revelation came during Channel 5’s Egypt’s Greatest Treasures show. Historian and presenter Bettany Hughes revealed that the discovery of the papers sheds a new light on Egypt’s tomb robbers.

The document, known as the Amherst Papyrus, is dated 1100 BC and forms part of the original court records dealing with tomb robberies.

In one section, documents detail the desecration of Sobekemsaf II’s tomb, circa 1570 BC, at Thebes, the capital of Ancient Egypt.

The sheet contains the trials and confessions of the men responsible for the acts.

Amenpnufer, son of Anhernakhte, a stonemason at the Temple of Amun Ra, “has acquired the habit of robbing the tombs in the company of the stonemason, Hapiwer,” the documents describe.

At his trial, the man admits to using copper tools to dig a tunnel in the pyramid. There they found the cemeteries of Sobekemsaf II and his queen and looted everything they could carry.

“We opened the sarcophagi in which the coffins were and found the noble mummy of this king equipped with a hawk; there was a large number of amulets and gold jewelry around his neck.

The mummy was completely decked out in gold, and its coffins were adorned with gold and silver inside and out and encrusted with all sorts of precious stones.

We collected his gold and everything we discovered with the queen, and then we set his coffins on fire.”

In total, the thieves stole a total of 900,000 USD. It’s not entirely clear how they were captured or what happened to them after the trial.

Experts imagine that they suffered a similar punishment to those who committed this type of crime: torture, execution, or both.

Many of the treasures of the ancient pharaohs were stolen by grave robbers, and this became a problem. So much so that Egyptian royalty went from burials in pyramids to burials in tombs in the Valley of the Kings.