Home / Relive the incredible discovery of the tomb of Wahtye

Relive the incredible discovery of the tomb of Wahtye 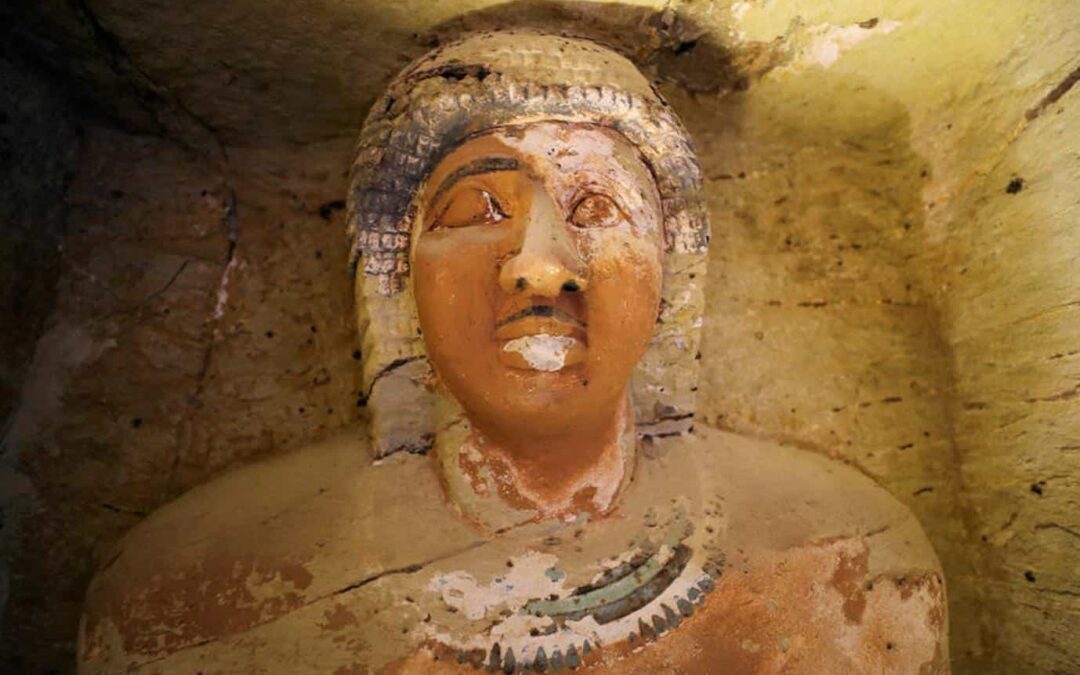 In December 2018, the Egyptian Ministry of Antiquities announced an extraordinary find in the Saqqara Necropolis of the Sacred Animals in Memphis:

A fifth dynasty tomb, about four thousand four hundred years old, belonging to Wahtye, a royal purification priest who lived during the reign of Neferirkare Kakai, the third pharaoh of the fifth dynasty.

The excavated tomb at Saqqara, one of the most beautiful discovered in Egypt

The Egyptian archaeological mission, led by Mostafa Waziri, managed to reach the front of the tomb in November 2018 but could not access it because the doors were sealed.

After removing the debris that covered the facade of the tomb, a lintel appeared over the entrance door with three lines of hieroglyphs inscribing the name and the different titles of the tomb’s owner, who was a royal purification priest, supervisor of King Neferirkare and inspector of the sacred barque.

Sabry Farag, the general director of the Saqqara archaeological site, explained that the tomb consists of a rectangular room, ten meters long and three meters wide and high, with a basement at the end of the tomb.

Khaled El-Enany, the Minister of Antiquities, commented that “the tomb is exceptionally well preserved and painted, with walls decorated with colored scenes depicting the tomb’s owner with his mother, wife, and family, as well as several niches with large colored statues of the deceased and relatives”.

The walls of the tomb bear numerous color inscriptions with the names of the tomb owner’s wife, Weret Ptah, as well as various scenes depicting the deceased with his mother, Merit Meen, and their family.

The lower part of the tomb contains twenty-six small niches and thirty-one statues representing a person yet to be identified, standing or in the seated position of a scribe.

Waziri has also highlighted the presence of five burial pits, which will be excavated, as well as two false doors belonging to the deceased and the mother of the deceased.

It is worth remembering that the archaeological site of Saqqara was also the scene of other very valuable finds in recent years, such as the excavation of seven tombs also in 2018, occurring just one month before the priest’s tomb was found.

In October 2020, Netflix created a documentary that takes a “tour” of Wahtye’s resting place and even delves into what experts know about the Egyptian’s life story. The production is called “The Secrets of Saqqara”.

What was the purpose of the sphinxes in ancient Egypt?

The seven most important Egyptian temples