Home / Why were the Egyptian pyramids packed with priceless riches and treasures?

Why were the Egyptian pyramids packed with priceless riches and treasures? 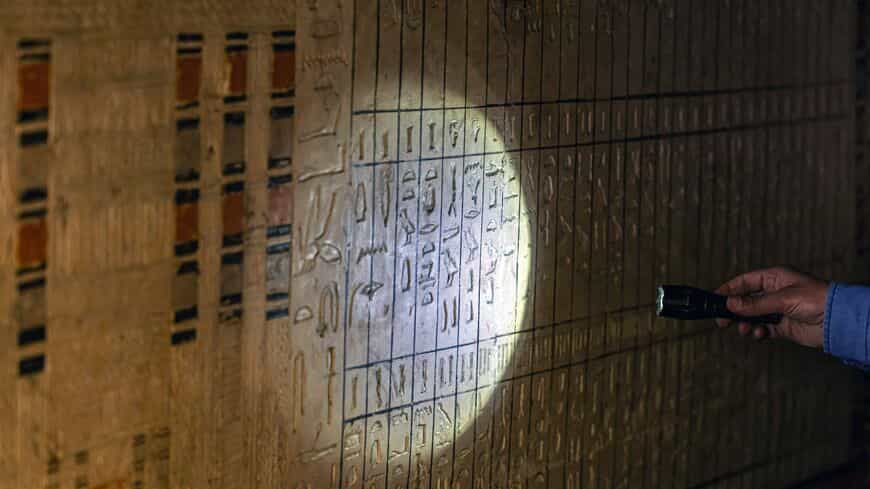 The pyramids in the Giza necropolis were built in perfect alignment with the vault of heaven. Millennia ago, ancient Egyptian architects decided that the final resting place of their most notable rulers should follow the path of the stars in the universe. Therefore, they all point to the constellation of Orion.

This coincidence is not accidental. Rather, it reflects the ancient Egyptians’ need to connect the earthly plane with the cosmos.

The treasures that accompanied the pharaohs during their rule should also be available to them when they transcend.

A study from the University College London in the United Kingdom suggests it could be that the Egyptian pyramids were overflowing with incomparable treasures and riches.

What treasures did the ancient Egyptian pyramids hide?

Around 2630 BC, the Egyptians began to use pyramidal structures to bury their political leaders – specifically, the pharaohs.

This custom ceased to be practiced about a millennium later, during the rule of Ahmose I. However, for 1,000 years, building pyramids was the only way to ensure that Egyptian royalty had a dignified passage into the afterlife.

This follows decades of funerary finds when archaeologists around the world determined that the Egyptian pyramids didn’t just serve as shelter for human remains. On the contrary, they also contained some of the most colorful treasures of ancient Egypt.

In this regard, Wolfram Grajetzki, honorary principal investigator at University College London, explains that Egyptian funerary traditions were characterized by giving the deceased all the tools to imitate their earthly standard of living in the other world.

For this reason, the pharaohs, their families, and other high-ranking leaders of the ancient Kingdom filled their tombs with riches.

Unfortunately, little has been recovered of these ancient treasures since most of the Egyptian pyramids were severely looted over the centuries. The best example is the mummy of Ramses I, which sailed the seas after being sold on the black market in Luxor.

According to Grajetzki, the Pyramids of Giza overflowed with jewelry, lavish vessels for the pharaohs’ organs, and other artifacts that could be used in the afterlife.

Following the ancient Egyptian worldview, the soul would have to overcome countless obstacles at death to reach the Judgment of Osiris.

For this reason, it makes sense that these funerary enclosures, characteristic of the region, wanted to imitate the pomp and luxury with which the rulers lived.

Historically, locals knew exactly where these riches were, how to get into them, and who they might find on the black market.

This is why Grajetzki explains that the Pyramids of Giza seemed more ‘austere’ than those of other rulers. “This does not mean that Khufu was poorer than Tutankhamun. His pyramid proves otherwise. He was simply buried according to the customs of his time,” The expert wrote for Heritage of Egypt.

Although most Egyptian pyramids were stripped of their treasures, other burial sites in the region have been preserved virtually intact.

Thanks to these findings, Egyptologists have been able to decipher the complexity of ancient cults in the region, as well as social hierarchies and the relationship that ancient times had with death and transcendence.

Were there really mummies in the pyramids of Egypt?

The Great Pyramids: How Did the Ancient Egyptians Move Stones?