Home / How The Ancient Egyptians Raise Their Colossal Obelisks? 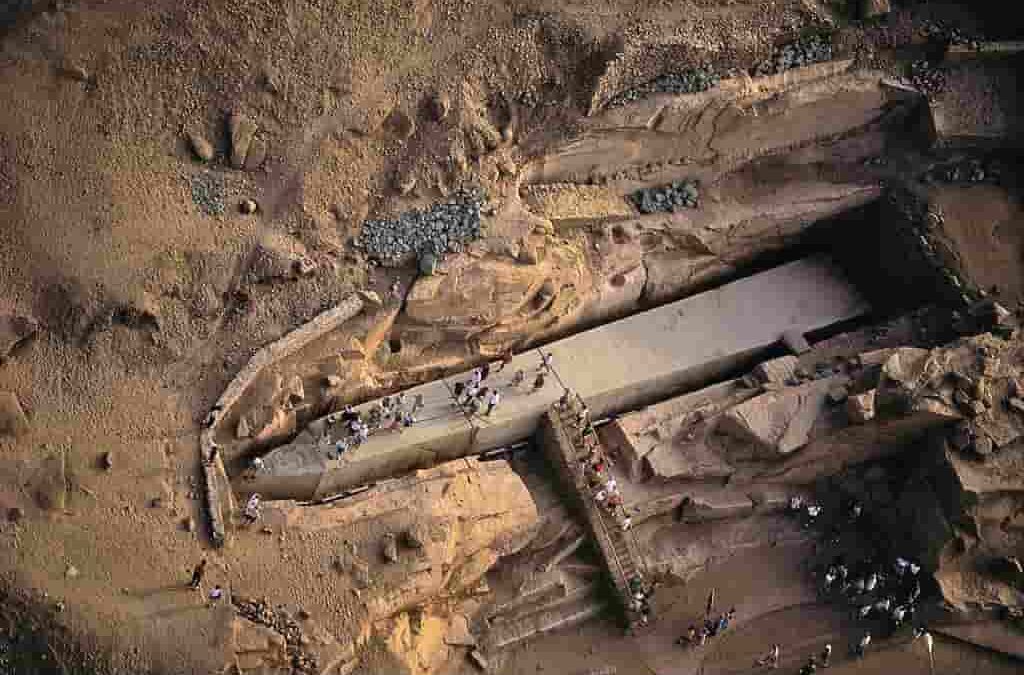 The ancient Egyptians had a unique method for raising their colossal obelisks, which were tall, pointed structures that were associated with the sun and present in their sun temples.

The word “obelisk” (tekenu in ancient Egyptian) itself comes from the Greek language, meaning “meat skewer.” The city that had the most obelisks in ancient Egypt was Heliopolis, which translates to “sun city.”

Obelisks were made of pink granite, which was quarried at the site of Aswan. This granite was chosen for its internal structural strength, which allows it to support its own weight. The quarried obelisks were massive, with one unfinished obelisk at Aswan weighing over 1,000 tons, as big as two jumbo jets.

Erecting these massive structures was a fascinating process, but it was done without the use of modern mechanical devices or hydraulic jacks. The ancient Egyptians had to rely on their ingenuity and knowledge of engineering to raise these obelisks, which still stand today.

How Do You Make an Obelisk?

Quarrying an obelisk was a complex process that required skill and expertise. The ancient Egyptians would quarry the stone using a technique that did not involve chisels. Instead, they used dolerite, a stone that is harder than Aswan granite, to pound out the obelisk from the quarry.

A stonemason would first choose a site in the quarry that was free of flaws and would mark out the area in black ink where the obelisk would be cut. Then, workers would pound the obelisk out of the quarry using dolerite balls, working shoulder to shoulder and creating dust in the process. This method of quarrying left no chisel marks on the unfinished obelisk, and it is a marvel to look at.

To free the bottom of the obelisk, the ancient Egyptians had to dig caverns and then shore it up in a couple of places. To move the obelisk, it was pulled on rollers, using hundreds of logs as rollers. The obelisk was then transported to the Nile river and floated to the worksite.

Erecting an obelisk was the hardest part of the process. Ancient Egyptians did not leave any architectural papyri on how to build pyramids, temples or tombs, so it is unclear how they erected an obelisk.

The most accepted theory is the ramp theory, where a ramp is built next to the site where the obelisk is to be erected, and the obelisk is pulled up the ramp, and then pivoted using people pulling on both sides to control it.