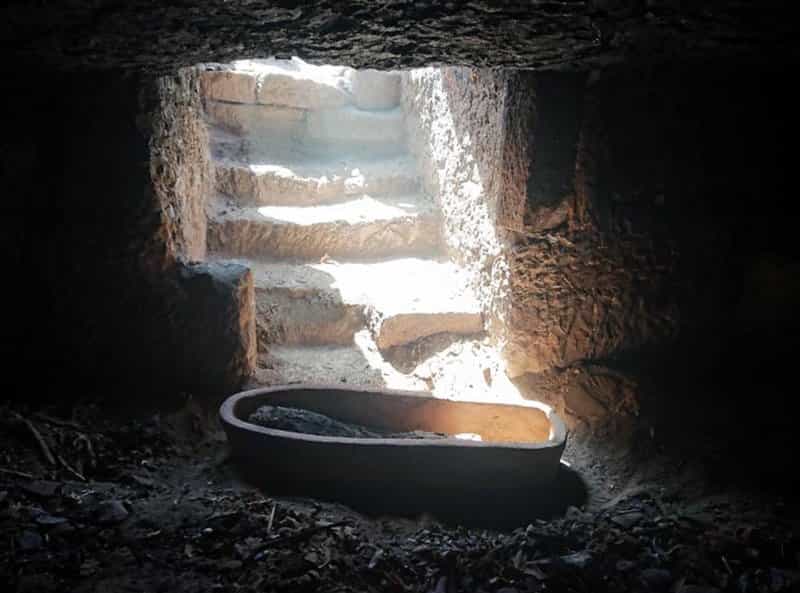 An Italian-Egyptian team has discovered in the ancient necropolis surrounding the Mausoleum of the Aga Khan, in the city of Aswan, an impressive tomb from the Greco-Roman period carved into the rock under a cult building.

A team of archaeologists from the University of Milan, led by Patrizia Piacentini, professor of Egyptology and Egyptian Archeology at this institution, and by Abdelmoneim Said, general director of Aswan and Nubian Antiquities, has made an important discovery inside a structure burned by fire near Aswan, in the first cataract of the Nile.

The team, which in the framework of the EIMAWA project (Egyptian Italian Mission at West Aswan) has been excavating since 2019 in the necropolis that extends around the Mausoleum of Aga Khan, located the entrance to a two thousand year old family tomb in which thirty mummies of individuals of different ages had been deposited,including some elderly, as well as children and a newborn.

Although archaeologists have not yet definitively dated the burial, they believe that a single family buried their dead here for several generations between the Ptolemaic and Roman periods (1st century BC to 4th century AD).

An enclosure for worship

This tomb (named AGH032 by archaeologists) is one of more than 300 recently discovered in the necropolis, but while the other tombs were found underground or were hypogea dug into the mountain, this one in particular is unique in that it was dug under of a larger structure, a construction that researchers believe was probably used as a place of worship and to perform sacrifices.

“It seems that, due to its position along a valley leading to the necropolis, this building was used as a sacred precinct where sacrifices were offered to Khnum, the creator god in the form of a ram, protector of the fertile floods of the Nile, who he was particularly revered in Aswan. Who better than him could have propitiated the eternal life of those who rested in this necropolis?” Piacentini wonders.

On the east wall of the building, archaeologists discovered the mummy of a man, next to which was a copper necklace with an engraved name: Nikostratos.

At the foot of a staircase, flanked by carved stone blocks and covered in adobe, leading into the interior of the tomb, which, indeed, had been carved out of rock, the team found a broken offering container, which still contained small sycamore fruits.

The tomb, which consists of a vestibule to which four funerary chambers carved into the rock open, contained the remains of some thirty mummies.

Some bodies were in very good condition, such as that of a child lying inside a terracotta sarcophagus, while other mummies still had their linen bandages and cartonnage (a covering that closely resembles papier-mache and covered various body parts), many of which had been cut up by looters.

In fact, among the objects located, a knife with an iron blade and a wooden handle stands out, which could have been used by these ancient thieves.

The researchers think that the mummy of Nikostratos was probably also placed inside the tomb at the time with the other thirty, but apparently, for some unknown reason, the thieves left it outside before leaving.

The 'False Doors' of the Egyptian Tombs