Home / The ‘False Doors’ of the Egyptian Tombs

The ‘False Doors’ of the Egyptian Tombs 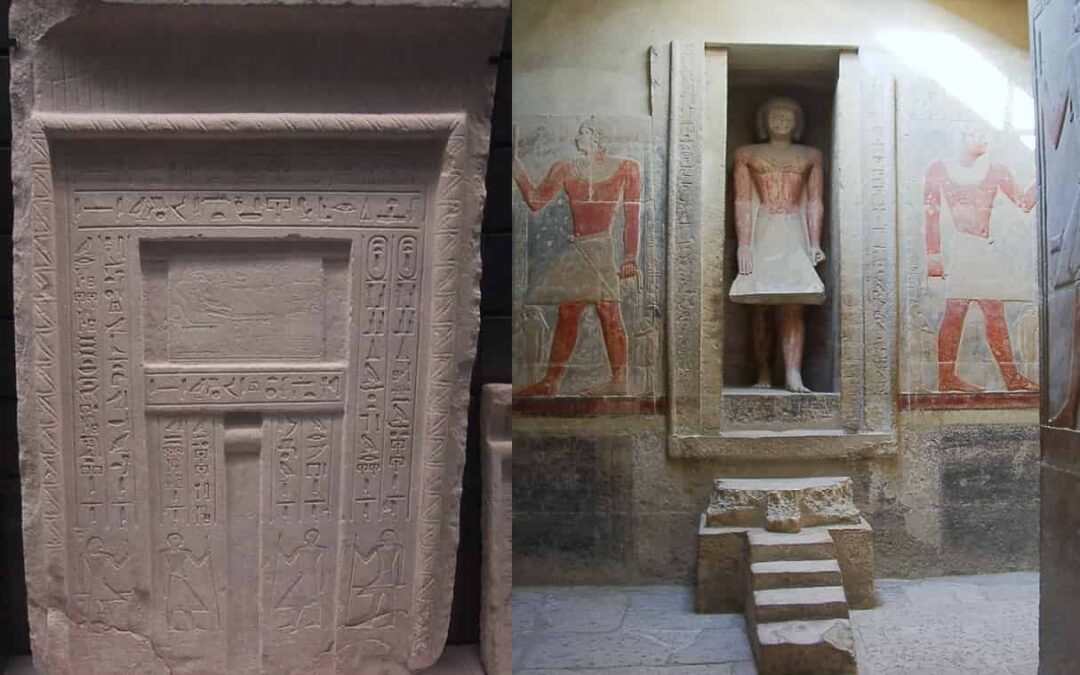 A “false door” is, as its name suggests, the imitation of a door normally found in Ancient Egyptian mortuary temples and tombs. These doors have the function of being a path between the world of the living and the world of the dead.

The deities or the dead could interact with the world of the living by passing through the gates or could receive offerings through them.

The ‘false door’ is one of the most common features found in Egyptian tombs, and is one of the architectural innovations that has been discovered in royal and non-royal tombs from the early Old Kingdom.

The ‘false door’ was first used in the Mastabas, during the 3rd dynasty of the Old Kingdom, and became almost a general element in the tombs of the following dynasties, (especially the 4th and 6th dynasties).

During the 150 years that the Sixth Dynasty lasted under the rule of the pharaohs Pepi I, Merenre and Pepi II, the ‘false door’ underwent some modifications, which has allowed historians to date the tombs based on the style of the “false doors”.

After the First Intermediate Period, the popularity of the ‘false door’ declined, being replaced by a stela as the main element for funerary inscriptions.

The ‘false door’ was not a copy of a real door but the combination of a niche and a stela with hieroglyphic inscriptions. They were placed to the west of the main room of the chapel, known as the offering room.

A door was normally placed in front of the gate at which food and drink were offered for the deceased. The food that was offered to the dead could be real food or a stela with carved food, in a symbolic way.

For the ancient Egyptians, these gates were seen as the connection to the underworld and played an important role in the culture of death.

The ‘false door’ is one of the most beautiful elements of the tombs and many have survived in their essence and in their same place, although others have been removed and taken to different museums.

What is the story behind “The Mummy of the Screaming Woman”?