Home / Paid Sick Days and Doctors at Work, This Was Sick leave in Ancient Egypt 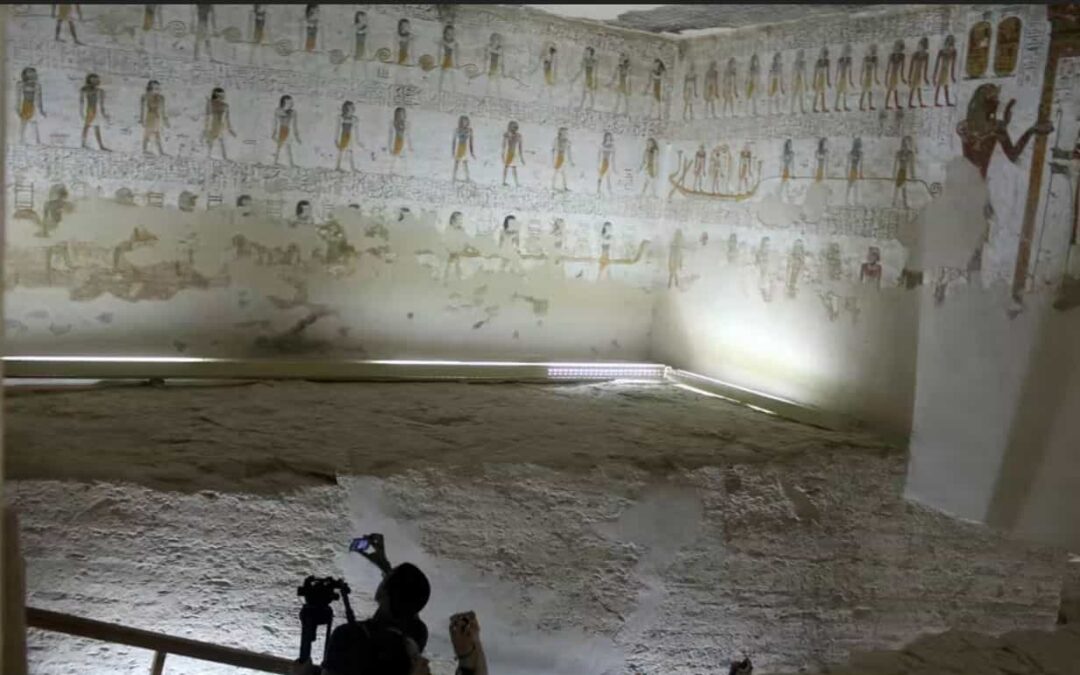 Among the texts found in the ancient village of Deir el-Medina, there are numerous records detailing when and why workers were absent from work. Almost a third of these absences were a result of someone being too sick to work.

We might think of state-supported healthcare as a 20th-century innovation, but it’s actually a far older tradition.

In fact, texts from one village dating to back Egypt’s New Kingdom period (more than 3,000 years ago) suggest that in ancient Egypt there was a state-supported healthcare network designed to ensure the productivity of the workers making the king’s tomb.

Medical Care as a Symbol of Productivity

The town of Deir el-Medina was constructed for the workers who built the royal tombs during the New Kingdom (1550–1070 BC).

During this period, kings were buried in the Valley of the Kings in a series of rock-cut tombs rather than in the massive pyramids of the past. The village was purposely built close enough to the royal tomb that workers could walk there.

These workers were not what we normally imagine when we think of the men who built and decorated the royal tombs of ancient Egypt—these were highly skilled craftsmen.

The workers of Deir el-Medina received a variety of comforts that could only be obtained by those with the skill and knowledge to work on something as important as the royal tomb.

The village was also allocated additional support, with the Egyptian state paying them monthly salaries in the form of grain, and further providing them with lodging and servants to help with tasks such as washing clothes, grinding grain, and carrying water.

Their families lived with them in the village and so their wives and children also benefited from these state provisions.

Among the texts found in the ancient village, there are numerous daily records detailing when and why individual workers were absent from work.

Nearly a third of these absences occurred when someone was too sick to work, however monthly ration distributions from Deir el-Medina were consistent enough that these workers were paid even if they had been sick for several days.

These texts also identify a designated doctor in the crew who was assigned an assistant; both had days off to prepare medicines and take care of colleagues.

The Egyptian state even gave the doctor additional rations as payment for his services to the community. It is most likely this doctor treated workers with remedies and incantations found in his medical papyrus.

About a dozen extensive ancient Egyptian medical papyri have been identified, including several from Deir el-Medina. These texts were a kind of reference book for ancient Egyptian physicians, listing individual treatments for a variety of ailments.

The longest of these, Ebers Papyrus, contains more than 800 treatments ranging from eye problems to digestive disorders.

Despite paid sick leave, medical rations, and a doctor supported by the state, it is clear that in some cases workers still attempted to work while sick.

For example, in one text, the worker, Merysekhmet, tried to go to work while sick. The text tells us that he went down to the King’s Tomb on two consecutive days but was unable to work effectively.

So, he walked back to the town of Deir el-Medina, where he stayed for the next ten days until he was able to return to work.

This suggests that sick days and health care were not magnanimous gestures by the ancient Egyptian state, but rather calculated healthcare arrangements designed to ensure that men like Merysekhmet were healthy enough to work.

The 'Egyptian Mona Lisa', the masterpiece painted 4,500 years ago