Home / The Pyramid Texts: Guide to the Afterlife 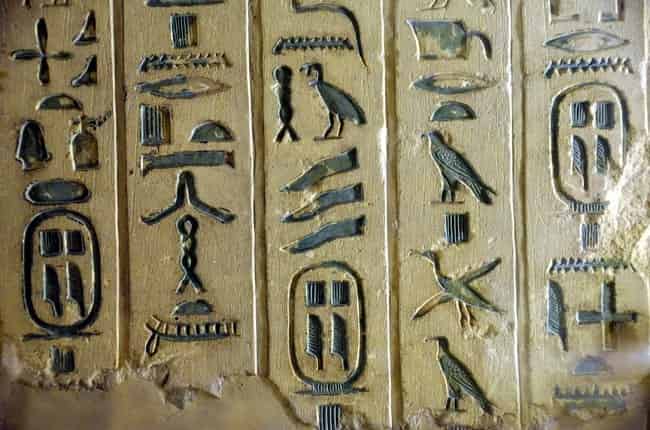 When it comes to talking about the writings of antiquity, a Greco-Roman author immediately comes to mind. However, the truth is that the production of texts in ancient Egypt is not only much older than Greek or Roman, but it is surprisingly abundant.

In the case of the Old Kingdom (2686 – 2125 BC), for example, we are talking about texts that are about 4500 years old on average, so it is always striking that they have been preserved, in general, in such good condition.

This textual corpus can classify roughly into three broad categories: the wisdom briefings , the epigraphic writings and technical and religious literature. The so-called Pyramid Texts belong to this last category.

Characteristics of the Pyramid Texts

The Egyptians believed that the journey to life in the Hereafter could be facilitated with the use of funerary texts. These were guides or indicative notes to protect, provision, guide and help the deceased sovereign enter safely into the afterlife.

More specifically, they provided spells that neutralized threats and overcame obstacles that plagued the path to the Hereafter, and were effective just by being present.

The first funerary texts of ancient Egypt were called the Pyramid Texts because they were found inside the pyramids of Unas (last king of the Fifth Dynasty) and of the kings and queens of the 6th and 8th dynasties, all of them in the Memphite necropolis.

Thus, the main objective of the Pyramid Texts was to guarantee the survival and power of the king in the Hereafter.

In that other world, the pharaoh will have to face all kinds of dangers, so to be successful he will need to become the sum of all the gods of the Egyptian pantheon, identifying himself with each one of them.

This assimilation was made thanks to the magical power of words, which turned into reality everything that was pronounced or simply written inside the pyramid.

The greatest challenge that the Pyramid Texts present to Egyptologists who study them is their arrangement.

Based on the fact that they are a set of formulas inscribed in hieroglyphics arranged in vertical columns that filled the interior rooms of the pyramids, the problem is that these formulas do not present any physical separation between them, nothing indicates the order in which said set must be read.

This great complexity of the Pyramid Texts is explained for a reason: they are a compilation of a multitude of texts of the most disparate origins and antiquities, and of very different themes and even literary genres.

Uses of the Egyptian Pyramid Texts

Pyramid of Unas – containing some 800 spells carved in bas-relief in vertical lines – is located next to the southwest corner of the Djoser compound (2667 – 2648 BC), but it is even smaller than this one.

Its long causeway, which stretches for almost seven hundred meters, was once decorated with remarkable scenes although very fragmented today.

Later, the walls of the pyramids of Dynasty VI (2345 – 2181 BC) would be decorated with Pyramid Texts that should be read from inside the pyramid outwards.

In the burial chamber, protected by the formulas on the west wall, the pharaoh awaited the resurrection in his sarcophagus.

To achieve this, the recitations of offerings on the north wall are the starting point because they feed the sovereign’s ka, his life force, but the formulas on the south wall are the ones that initiate the aforementioned resurrection.

This was followed by the recitations of the deceased’s progression (to the east, to be reborn next to the god Ra) and of ascension (to the horizon and the circumpolar stars), and they continue on the east wall.

Evolution of the Egyptian Pyramid Texts

Two centuries after the first appearance of the Pyramid Texts, the beginning of a certain “ democratization ” of the Hereafter will take place, in the sense that people who do not belong to royalty will be able to access funeral privileges that were forbidden to the common of mortals formerly.

The so-called Sarcophagus Texts (although the more appropriate name would be Coffin Texts) are a set of almost 1200 magic spells and liturgical formulas written in red and black cursive hieroglyphs (easier and faster to execute) that were painted on the inside wooden coffins, in mummy masks, tomb walls and sometimes even papyri from the First Intermediate Period (2160 – 2055 BC) and especially during the Middle Kingdom (2055 – 1650 BC).

With their maps and guides to the afterlife, they offered the guarantee of life in the Hereafter associated with the god Osiris for anyone who could afford the accessories necessary to achieve it, that is, basically the political and social elite that ruled ancient Egypt.

Finally, the influence of the Pyramid Texts is also going to be felt in the most famous of all Egyptian funerary texts: the Book of the Dead.

First appeared in the early seventeenth dynasty (1580 – 1550 BC) and used until the end of the Low Ages (664 – 332 BC), the book contained some 200 spells or chapters that were often derivations of the Texts of the Pyramids or Coffin Texts, but with new additions.

The Jeneret House, the life of the pharaoh's women