Home / The Jeneret House, the life of the pharaoh’s women

The Jeneret House, the life of the pharaoh’s women 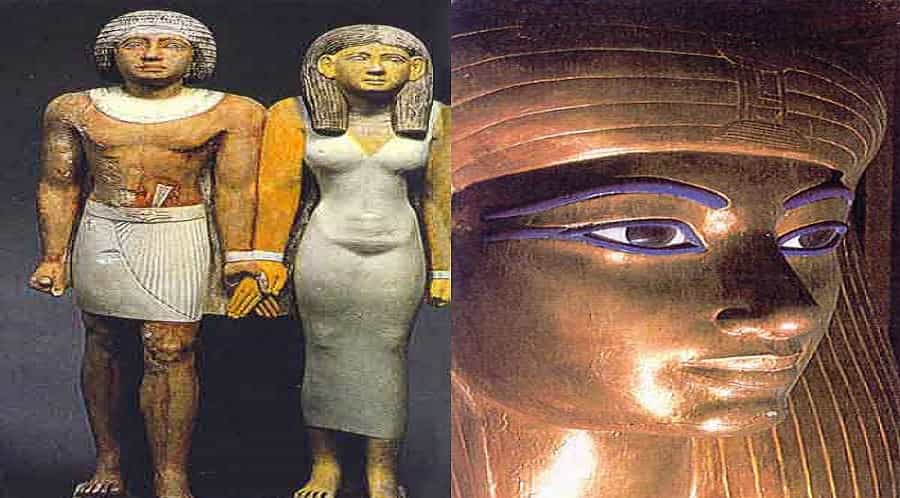 The pharaohs had dozens of wives and concubines. These lived together with other women of the royal family in the so-called Jeneret House, an exclusive institution of ancient Egypt that is very different from the image commonly associated with harems.

Pharaonic Egypt is known for its unique customs and the Jeneret House is another example of this. It is an institution that is not found in any other culture, also known as the Per Jeneret or Casa Jeneret, and is often referred to as a “harem” in fiction; however, this term is incorrect as it is a place that is very different from the concept of harems.

The Jeneret House was a complex where the Pharaoh’s women and relatives lived, but it was not just a place for the sexual pleasure of the monarch. It was a sophisticated and powerful institution with educational, diplomatic, and economic functions. The inhabitants of the Jeneret House – strictly women, with the exception of the workers – were among the most privileged people in ancient Egypt.

A Palace for Women

It should be noted that in the Jeneret House lived not only the pharaoh’s wives and concubines, but also many of the women and girls who had kinship ties with the royal family. These included daughters, nieces, aunts, cousins, sisters, and sometimes even the pharaoh’s own mother, as well as their male children, including the children of the king, regardless of whether they were born to a Royal Wife or a concubine.

The Jeneret House could thus be defined as a true micro-palace for women and it was undoubtedly the most important and powerful women’s institution in the country.

One key difference between the Jeneret House and a harem is that it was not a place of confinement, but a place of residence. Its inhabitants were allowed to leave the house, though they were typically accompanied by an escort, and they were allowed to receive visitors from outside. It was also not forbidden for other people to enter the Jeneret House.

In fact, it was not uncommon for the king’s high dignitaries to marry women who lived in the Jeneret House, thus becoming related to the king and strengthening ties of loyalty.

The operation of this institution was autonomous, with its own officials and productive and educational structures. It had land for cultivation, fishing, and hunting, workshops for the manufacture of luxury goods, and a school where the children of the elite were trained.

For an Egyptian child, the Jeneret House would have been a great place to grow up. They were sheltered from the dangers of the outside world, and had the best training opportunities, as the pharaoh’s children were educated there.

Although the women of the Pharaoh also lived in the Jeneret House, many did not even get to know him. Marriage was a bureaucratic procedure that could be completed even without the presence of the spouses, so a political alliance did not imply that the spouses should know each other, much less have an intimate relationship.

The women of the king could have two titles: that of Great Royal Wife or simply that of Royal Wife.

Only the Great Royal Wives exercised the functions of a queen, lived in the pharaoh’s palace, and their children were the first in the line of succession. For this reason, there was typically only one Great Royal Wife, who was usually a sister or cousin of the pharaoh himself.

The other Royal Wives, also called secondary wives, lived in the Jeneret House with their children. These could be the result of political alliances or concubines that the pharaoh felt a special preference for and elevated to the status of wife.

It should be noted that a common way to seal alliances with foreign kings was to send one of the monarch’s daughters to live in Egypt and contract a symbolic marriage with the pharaoh, which did not require a married life.

These women were often one of several Royal Wives, and the Jeneret House provided a comfortable place for them to live, making the fate of being a token in the game of diplomacy less sad.

In addition to the wives, there were also numerous women who had no formal link to the king. Two groups stand out among them: on the one hand, the nurses, who were responsible for taking care of the sons and daughters; and on the other hand, the “beloved of the king,” which best fit the concept of concubines.

However, these women were not necessarily lovers of the king, but could have other functions such as entertaining the pharaoh by playing instruments during banquets.

But what was life like for the women in the Jeneret House?

Many of them had occupations in the workshops of the complex, generally dedicated to the production of royal linen – the most exclusive in the country, which could only be purchased by the high priestesses or the ladies of nobility -, cosmetics or luxury items.

They also received specialized lessons, mainly in music and dance for the rites (in fact, the name Per Jeneret could be translated as “house of music“) but also in any subject they had an interest in, as they had a legion of specialized teachers.

Since they had control over their own assets, many spent their time managing their lands and businesses, such as producing wine, beer, or barley, raising livestock or trading.

There is also evidence of several Great Royal Wives who resided for some periods in the Jeneret House and from there were actively involved in the politics of the kingdom, especially in matters of foreign diplomacy. However, secondary wives had no political role.

Since the complex had large grounds, they could engage in physical activity and swimming. The less active could entertain themselves with hobbies such as senet, a popular board game.

Boys and girls were surely the ones who most enjoyed life in that female micro-kingdom, although they were not idle either since they had to attend to their education.

The male children of the pharaoh also received military, religious or administrative instruction since if they did not succeed their father they could end up occupying positions in the army, in the clergy or in the court.

The education in the Jeneret House was of the highest level, so it also educated the princes of allied or subjected countries. This had the double function of having valuable hostages and of cultivating loyalty in them and if possible appreciation for Egypt.

From a modern perspective, the Jeneret House could be considered a golden cage, despite the relative freedom enjoyed by its inhabitants. However, in the context of ancient Egypt, it was a privileged place: not only did it guarantee a comfortable, safe, and luxurious existence, but it also provided the most conducive environment for women to gain power and wealth. Elite education and the ability to manage their properties and businesses provided facilities that were generally not available to ordinary women.

The situation was undoubtedly more difficult for foreign princesses who were sent away from their countries as part of a political alliance. Even so, despite their longing, the situation could end up offering them better prospects than in their homeland, since Egyptian society is generally considered the most egalitarian for women that existed in the ancient world and even in more recent times.

In many cases, the pharaoh did not even consummate the marriage, and they could lead an independent life in the Jeneret House. It was certainly not a paradise, as rivalries between the most ambitious wives to place their children on the throne were common. However, extreme cases such as conspiracies and poisonings were probably the exceptions that have been recorded and not the norm.

The Jeneret House was a very important institution for the kingdom, and the pharaoh, through his inspectors and guardians, took care that it did not become a source of problems, especially considering that his own relatives lived there.