Home / What does the scarab beetle symbolize in ancient Egypt? (amazing photos)

What does the scarab beetle symbolize in ancient Egypt? (amazing photos) 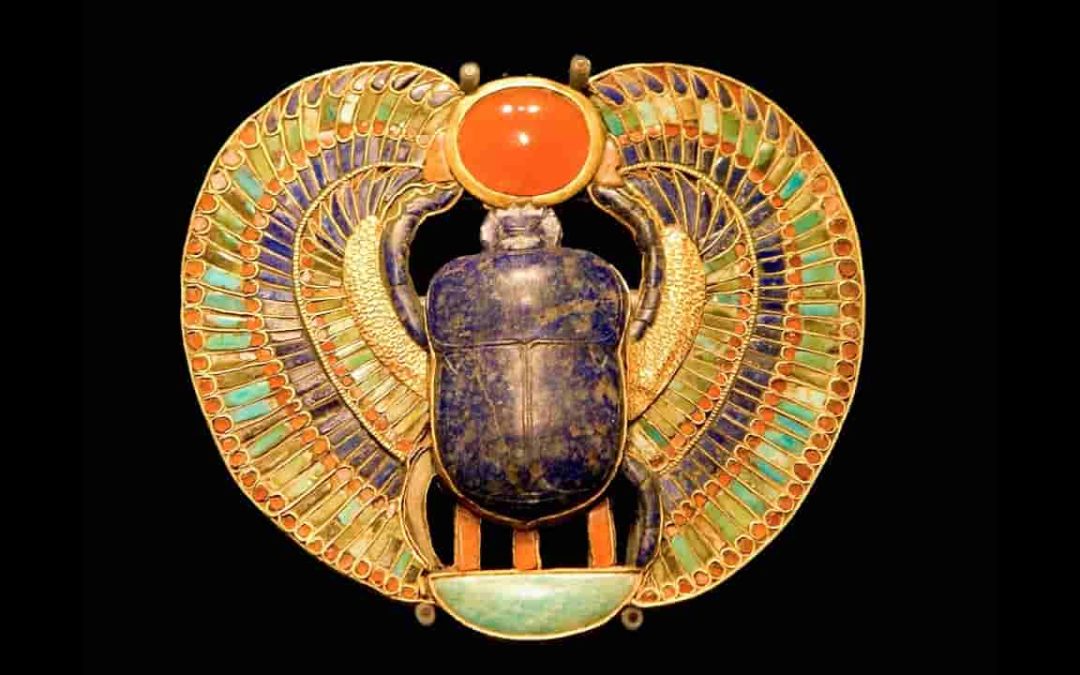 The ancient Egyptians worshiped the beetle as the earthly manifestation of the Sun at its birth and called it Khepri. It symbolized “coming into existence”.

It is also associated with a long life and in this sense; it is linked to the deceased, to his capacity for regeneration.

What is the meaning of the scarab beetle in ancient Egypt?

The fact that this beetle lays the eggs in a mass of manure, there they incubate and, apparently spontaneously (by means of an alleged self-creation) new beetles arise, was put in parallel with the birth of the Sun and with a concept of metamorphosis.

In addition, this insect pushes the ball of excrement, a fact that was put in relation to the idea that the insect was responsible for dragging the solar disk until the birth of the star occurred in the morning.

The beetle was an eminently masculine divinity, but curiously, around 3,000 BC we also found it as a representative of the goddess Neith.

The iconographic form of this animal, for funerary purposes, has received, in the Glyptics, the name of scarab, while when a stylization of the beetle is reproduced, without having the anatomical details of it; it is called a beetle and can take the form of plate, tablet, button, etc.

The first Scarabs of the end of the Old Kingdom lacked any type of inscription and had no funeral connotations.

A series of inscriptions are recorded on the base and used as stamps. On the other hand, we know that during the New Kingdom some were used to commemorate important royal acts, as a vehicle of royal propaganda, and that others were integrated as part, since then, essential in the funeral field. The beetle, at this time, is the symbol of rebirth.

Among the most important Scarabs we have already mentioned the essential “Scarabs” of heart, which were included in the mummy from the Middle Kingdom as a theoretical substitute for the heart.

The idea was to engrave a magical religious text on the back, Chapter 30 of the “Book of the Dead”, whereby this body organ, site of the acts on earth, was not able to testify against the deceased in the moment of being weighed in the balance, since it would determine if the deceased was worthy of a future life.

Another type of beetle, the Steraspis squamosa, was represented from the Old Kingdom, especially in pieces of jewelry.

This is the beetle that is on the bracelets of queen Hetepheres, preserved in Boston.

In Kritsky’s opinion (1993) it could have been related to Osiris, since these animals feed on the tamarisk, and this was one of the trees in which it was understood that Osiris’s body was stranded when he was killed and thrown into the river by his brother Set. In this way, Steraspis squamosa could also symbolize rebirth.

The Darkling Beetle was also represented. These insects have the ability to hide their legs and wrap themselves in a kind of shroud when they feel threatened, and remain in this position for a while.

Its similarity with a mummy could be the cause of representation (Kritsky 1993). A clear example of this insect is a necklace with pendants in the form of Tenebrionidae “Darkling Beetle” found in Giza, dating back to the end of Dynasty IV or beginning of the V that today is in the Cairo Museum (JE 72334).

Finally, the Rhinoceros beetle is among the objects that have bequeathed us from Ancient Egypt. In this way a small bronze sarcophagus found today in the Louvre Museum (E 3957) shows one of these animals. It is from the Ptolemaic Era and has an inscription that relates it to Ra.

The royal family in ancient Egypt