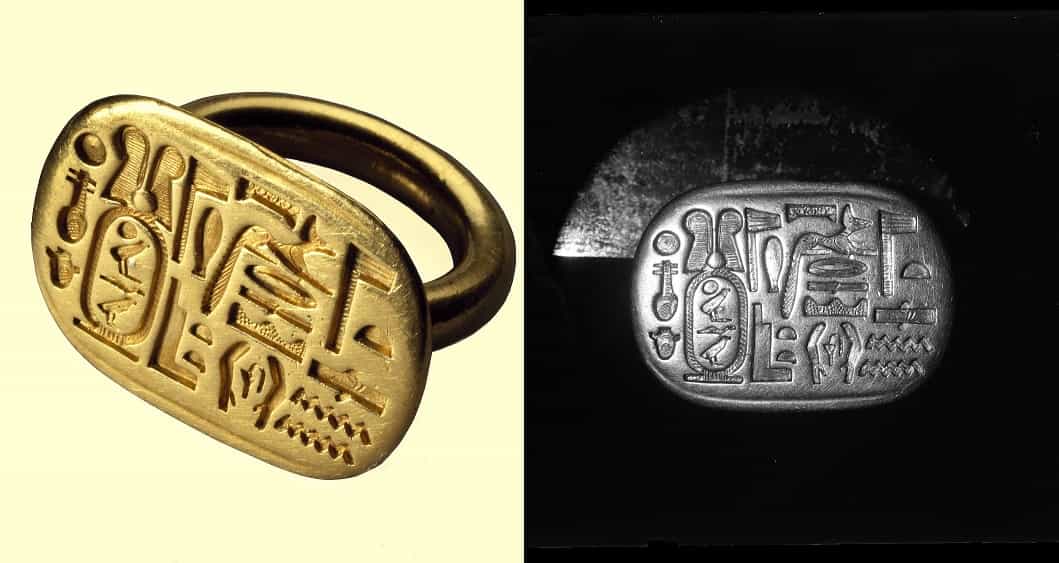 The Cheops ring is a jewel made by goldsmiths during a later period of ancient Egypt – the Twenty-sixth Dynasty.

The Ring of Cheops is estimated to come from Giza, Egypt. The piece is stamped with the name of Pharaoh Khufu (Cheops), the second ruler of the Fourth Dynasty, belonging to the Old Kingdom of ancient Egypt, who reigned ca. 2579–2556 BC.

Its owner was Neferibra, a priest of the cults of Isis and Khufu (Cheops) who lived two thousand years after the pharaoh’s death.

This precious solid gold ring is in an excellent state of conservation. It has an oval shape of about 2 cm long and weighs around 20 g.

It is a signet ring full of magnificent hieroglyphics, engraved with great precision on its visible face, which adapts to the available frame.

A consequence of this is the great beauty we can observe when we admire this object, which came from the hands of the goldsmiths of Ancient Egypt.

To whom did it belong? Of course, not to Pharaoh Khufu, even though it has his cartouche. To the left of it, we can read the name of its owner, Neferibre, which translated into English would be: “The good heart is from Ra.”

The signs also inform us that its owner was a priest of the goddess Isis and Khufu himself since he was considered a divinity.

In short, this is a religious ring typical of an ancient Egyptian priest who lived between the 7th and 6th centuries BC.