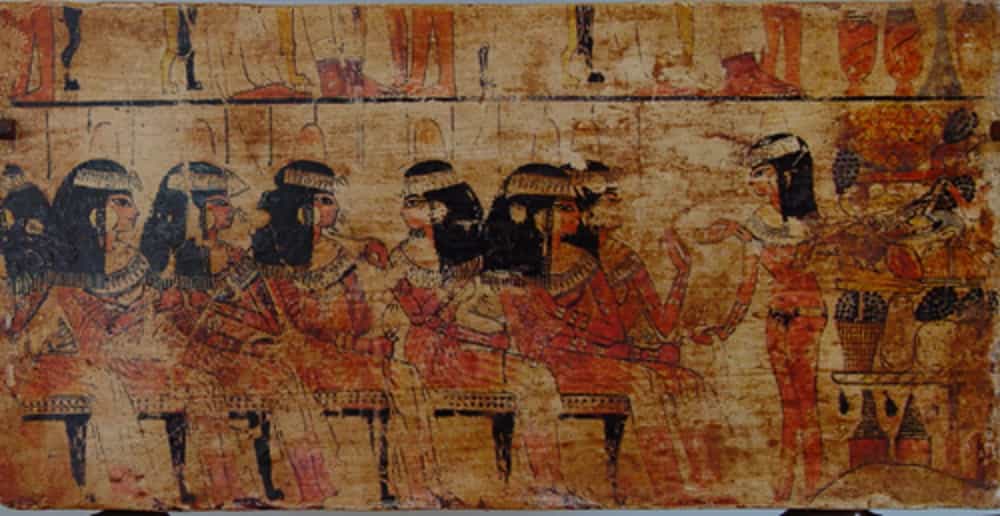 The Beautiful Festival of the Valley was one of the most popular and important festivals in Ancient Egypt. It was celebrated annually in Thebes from the time it was started by Mentuhotep II of the 11th Dynasty of the Middle Kingdom until Roman times .

It was a state festival, since the pharaoh and his family participated and a funeral party, dedicated to the dead.

It was held at the New Moon of Month Two. This was the summer season, shemu, and the 10th month in a calendar of 12.

The king himself was in charge of the ritual as an intermediary between the living and the dead .

The Beautiful Festival of the Valley changed over the years. At first, the procession was held only between the Karnak temple and Deir el-Bahari but later the route became more extensive, visiting other necropolises and funerary temples such as the Ramesseum.

The sacred boats of Amun-Ra, his wife Mut, and their son Khonsu left the Karnak temple to visit the funerary temples of the dead kings on the west bank of the Nile and their shrines in the Theban Necropolis.

They rested and performed various rituals, before reaching the sacred valley of Deir el-Bahari and the temple of Hathor from the Mortuary Temple of Hatshepsut.

Amun-Ra, in this way, visited the afterlife world and those present could benefit from his regenerative force.

The king and his family were accompanied by Egyptians who had their ancestors buried on the other shore ( shore of the dead ) to honor them and present offerings.

Funerary celebrations and banquets took place there, and ostracas were deposited with prayers and petitions to the god to heed their supplications.

Various acrobats and musicians entertained the masses of people, while the women played sistrum, a kind of rattle or instrument that made a beautiful sound, soft like the breeze blowing through papyrus reeds and said to serve to calm to the gods.