Home / The Temple of Kom Ombo, the two faces of divinity 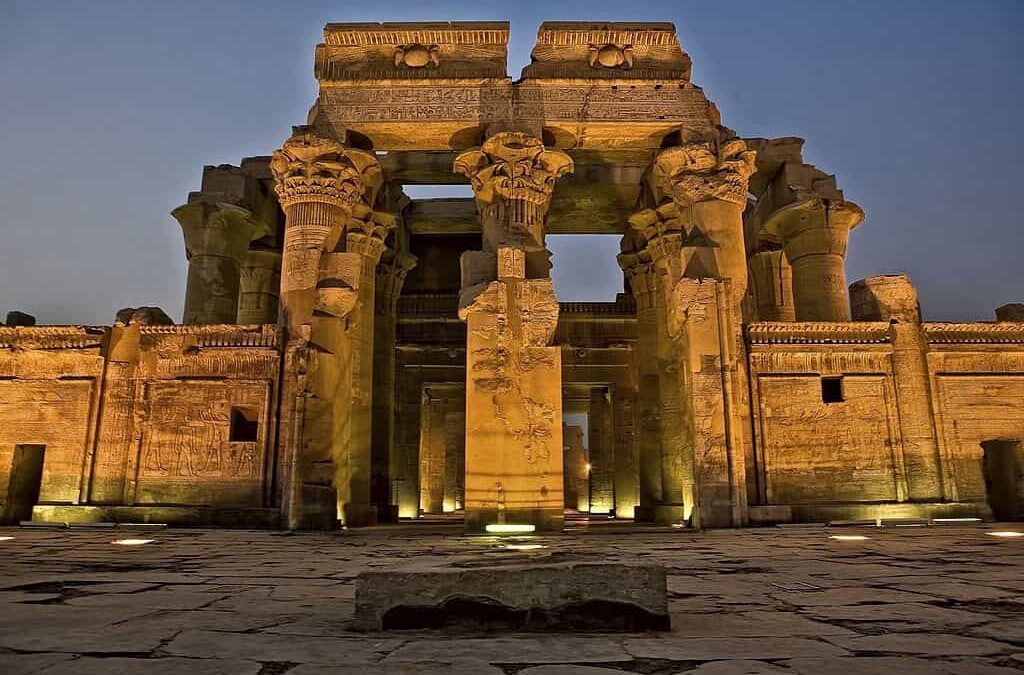 Approximately forty kilometers north of Aswan and a few meters from the bank of the Nile, on the east bank, stands the temple of Kom Ombo, highlighted on a small mound of stone and sand.

Not only its supreme Ptolemaic architecture is outstanding, also the myths that were woven around its construction, and its destruction.

The Temple of Kom Ombo was built during the reign of Ptolemy VI Philometor, and is the only double temple in Ancient Egypt.

Two pylons, two entrances, two hypostyle halls, two courtyards and two sanctuaries: the left side consecrated to Sobek, the crocodile god; and the right sector, in honor of his brother Horus, the falcon god.

Sobek, the incarnation of evil, was deified by the abundance of crocodiles that inhabited that area of ​​the Nile. In return, half of the temple was dedicated to his benevolent brother.

The current state of destruction it presents was, according to myth, Sobek’s responsibility. By forcing Horus to leave town, he also caused the inhabitants of the region to migrate, following their beloved god.

To counteract this unexpected effect, the crocodile god raised the dead, but instead of building, they destroyed, and sowed sand instead of wheat.

Kom Ombo, whose name means ‘golden hill’, is a town in Egypt basically dedicated to agriculture that is located on the bank of the Nile River.