Home / Antony and Cleopatra, the interview of Tarsus

Antony and Cleopatra, the interview of Tarsus 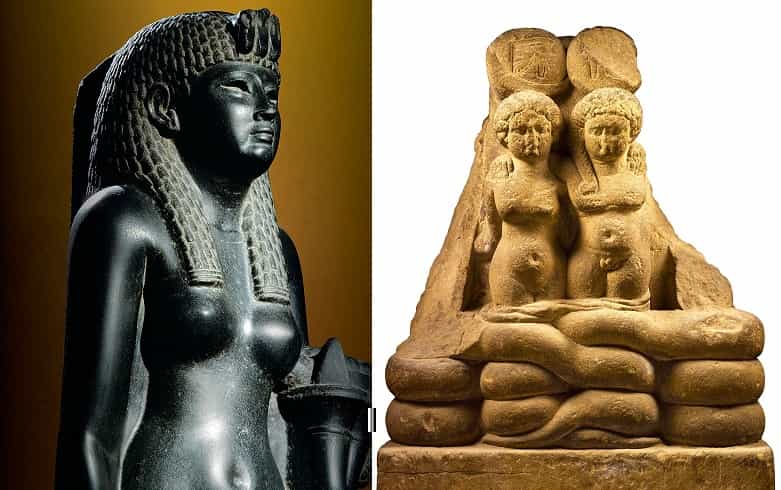 Determined to organize the entire East, Mark Antony summoned Cleopatra for an interview in Tarsus, southern Turkey. Instead of presenting herself as a subject, the queen of Egypt knew how to conquer the Roman with her beauty and fabulous splendor.

After the defeat of the assassins of Julius Caesar in the Battle of Philippi, in 42 BC, the two victors, Octavian and Mark Antony, divided the areas of influence of Rome.

While Octavian, the future Emperor Augustus, stayed in Italy, Antony was responsible for managing the affairs of the eastern Mediterranean.

His objective was to raise money for the army and reorganize the East, as well as to prepare an expedition against the Parthians to avenge the defeat suffered by Crassus in 53 BC.

It was a project that Julius Caesar was going to carry out before he died and Antony was interested present himself as a continuator of his work.

On the other hand, a great victory over an external enemy would increase your personal prestige. The triumvir was also a great lover of Greek culture and took the opportunity to tour Athens, where he was called “friend of the Greeks” and “friend of the Athenians.”

Then he passed to Asia Minor and entered the city of Ephesus in the midst of a lavish procession preceded by women disguised as Bacchantes and men dressed as satyrs and Panes.

Next, Antony moved to Tarsus, a city in Cilicia, in the south of present-day Turkey. While there, he decided to send an emissary to Cleopatra, the queen of Egypt, to come and meet him.

He had economic and political reasons for this, since he needed Egypt’s wealth, especially its grain supplies, and its strategic position.

It was also convenient for Cleopatra to have good relations with the representative of Rome, to consolidate her position on the throne and, if possible, expand the territories of her kingdom.

That is why he deliberately delayed his departure and prepared a first meeting that was not easy for the Roman to forget. Knowing Mark Antony’s fascination for luxury and Hellenistic culture, he put together a spectacular set.

To reach Tarsus, Cleopatra went up the river Cidno in a boat with a gold stern, purple sails, and silver oars moved to the beat of various instruments.

She went under a canopy embroidered in gold, dressed as the goddess Aphrodite. At her side, young men dressed as Eros were fanning her.

She was also accompanied by beautiful servants disguised as Nereidas and Gracias. To complete the suggestive picture, the sound of the music of various instruments was joined by the perfumes that reached the two banks of the river, where many people enjoyed the show.

Plutarco transmits in an almost theatrical way that even Antony himself came to stay alone in the town square because everyone ran to see the queen.

The Roman was impressed and invited Cleopatra to a banquet , but she stepped forward and was the first to offer him one that was extraordinary.

According to Athenaeus, citing Socrates of Rhodes, everything was made of gold with precious stones and in the room hung tapestries of purple and gold.

Cleopatra arranged twelve beds for Antony and his companions, and to the astonishment of the triumvir, she smiled and told him that she was giving him everything.

When Antony wanted to reciprocate, he realized that he could not compete with the queen’s splendor. According to Plutarch, Cleopatra was confident that she could more easily subjugate Mark Antony than Julius Caesar, since with the former she had been young and inexperienced, while now, at twenty-eight, she enjoyed more mature beauty and intelligence.

To achieve this, he counted on the display of his riches, typical of a kingdom with resources, but above all with his personal charm.

His beauty was not impressive at first glance, but he knew how to be very pleasant and had a sweet voice. In addition, it was said that this was not the first time that Antony had seen Cleopatra, but that he had already seen her years ago in Alexandria, when she was only fourteen years old.

Days of wine and roses

The winter of the year 41 to 40 BC. They spent it together in Alexandria, the lavish capital of the Ptolemaic kingdom, a unique mix of Egyptian and Greek.

Lovers also went on night raids disguised as slaves, and sometimes Antony earned a few hits. The Alexandrians were amused and said that with them Mark Antony used the comic mask and with the Romans the tragic one, implying his double behavior, on the one hand serious as the canons of Rome ordered, and on the other smiling and funny, as it corresponded to the Greek Dionysian spirit.

As an example of that happy and carefree life the following anecdote was told. On one occasion, Antony was having little fortune in fishing and got angry that Cleopatra was present.

Then he ordered the fishermen to dive unnoticed and put fish that they had previously caught on the hook. When he got two or three, Cleopatra realized the deception, but said nothing and, Admiring her lover’s skill, she invited his friends to contemplate Antony’s expertise the next day.

This time she stepped forward and ordered one of her assistants to swim underneath and place a salted fish from the Black Sea on Mark Antony’s hook.

Antony had managed to combine his taste for pleasures with the political goals he pursued. For her part, Cleopatra was consolidated on her throne, since Antony recognized her and had also ordered the death of Arsinoe, the queen’s sister, who was taking refuge in a sanctuary of Artemis in Asia Minor.

However, in the spring of 40 BC the Roman had to interrupt his stay in Alexandria to return to Italy, where his wife Fulvia and his brother Lucius had confronted Octavian.

He met his wife first in Athens, but did his best to try to make it clear that he had not promoted the confrontation.

It was said that she was more beautiful than Cleopatra and was always considered a model of virtue in front of the Egyptian seductress.

Meanwhile, in Egypt the queen gave birth to two twins who were named Alexander Helios (the Sun) and Cleopatra Selene (the Moon).

Antony did not return to the East until the end of 37 BC and immediately resumed the fruitful relationship with Cleopatra that he had begun in Tarsus and Alexandria.

Again, Antony saw in the Egyptian queen not only an exceptional lover – they now had a new son, Ptolemy Philadelphus – but also an effective and faithful administrator of his interests in the area.

She supported him in the long-awaited expedition against the Parthians, which turned out to be a complete disaster. For his part, Octavian did not look favorably on Antony’s position in the East and over time presented what was a power struggle between two rivals as a struggle against a foreign queen who had her Roman lover subdued.

Finally, Mark Antony and Cleopatra were defeated and ended up committing suicide. Sad ending for those who had enjoyed an inimitable life.

Khufu: Builder of the Great Pyramid