Home / Psamtik I and the reunification of ancient Egypt 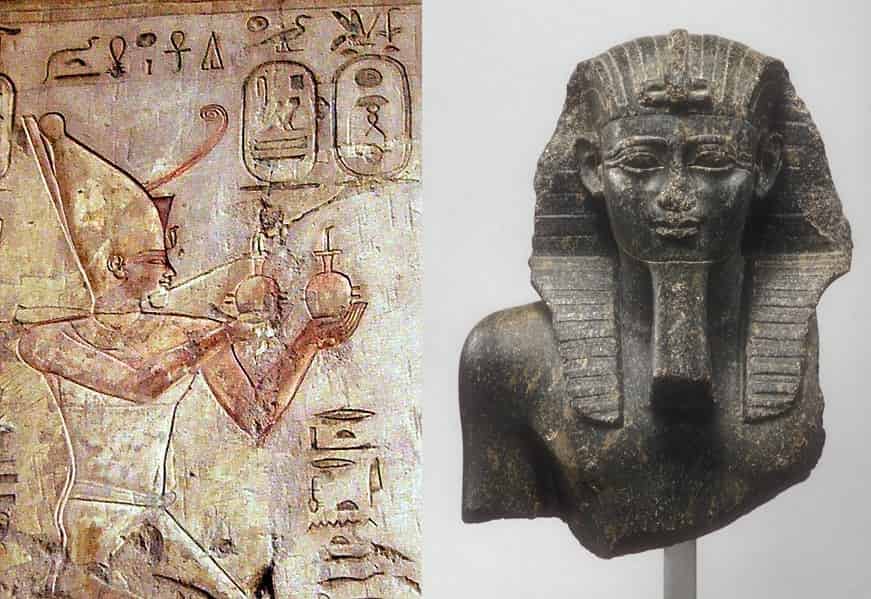 The Late Period of ancient Egypt

The Late Period, is a period in the History of Ancient Egypt that spans about three hundred years, between 664 and 332 BC, and which was initiated by Psamtik I.

In the ancient investigations of the Egyptology, the Egyptian history of this period was despised, considering it as a simple shadow of what it was in times past.

It is true that the three great and most representative periods of Egyptian history were the Old Kingdom, the Middle Kingdom and the New Kingdom, but for that reason we must not underestimate what happened in Egypt until the end of the era:

We have periods of independence of Egypt, periods of Persian and Greek occupation, and finally we came to the incorporation of Egypt as one more of the Roman provinces in the year 30 BC.

Contrary to these ancient views, current research shows that Egypt continued to maintain much of its vitality in this period.

Psamtik I and the reunification of Egypt

But what did the rebellion of Psamtik have to triumph that the previous rebellions of Taharqa did not have ? Well, in the first place, Psamtik had the political-military support of King Gyges of Lydia at least from 658 BC.

And not only by military means was his emancipation from Assyria based, since we also know that he strengthened the economy by establishing more commercial ties with the Greeks and the Phoenicians.

The third factor that determined the reunifying success of Psamtik was his internal relations with the Egyptian governors and high powers.

Some of the rulers were quite easy to convince about the advisability of reunifying the state, such as those of Heracleopolis Magna or Thebes, but controlling the power of the high priesthood was somewhat more complicated.

Psamtik took an important step towards this goal when he succeeded in having his daughter Nitocris named heir to the “wife of the god Amun”.

The economy in the reign of Psamtik I

The founder of the 26th Dynasty, Psamtik I, faced several problems once Egyptian reunification was in place: the ancient ideal of Egypt as a unified kingdom had been shattered during periods of internal power struggles during the Third Intermediate Period.

Unsurprisingly, this political instability resulted in economic weakness which, in turn, exacerbated the political crisis. Any attempt to achieve a powerful and unified Egyptian stateit depended on the ability of the rulers to worry less about accumulating more power and to worry more about the development of the country.

Fortunately, the 26th Dynasty was very successful in this regard, and brought about the revival of Egypt as one of the major international powers.

As it had always been in earlier times, the main focus of development of the Egyptian economy was agriculture. To achieve solid economic stability, it was necessary to reach a solid and stable agricultural exploitation of the territory.

Second, we have to talk about trade. The most prominent Egyptian foreign trade relations of this period are those carried out with the Greeks.

In the Egyptian territory itself, we have evidence that the Egyptian pharaoh Necho II (610-595 BC) began to build a canal from the Nile River to the Red Sea, reactivating the important commercial center that this area had been in previous dynasties.

Antony and Cleopatra, the interview of Tarsus