Home / Day in the life of a healer in ancient Egypt

Day in the life of a healer in ancient Egypt 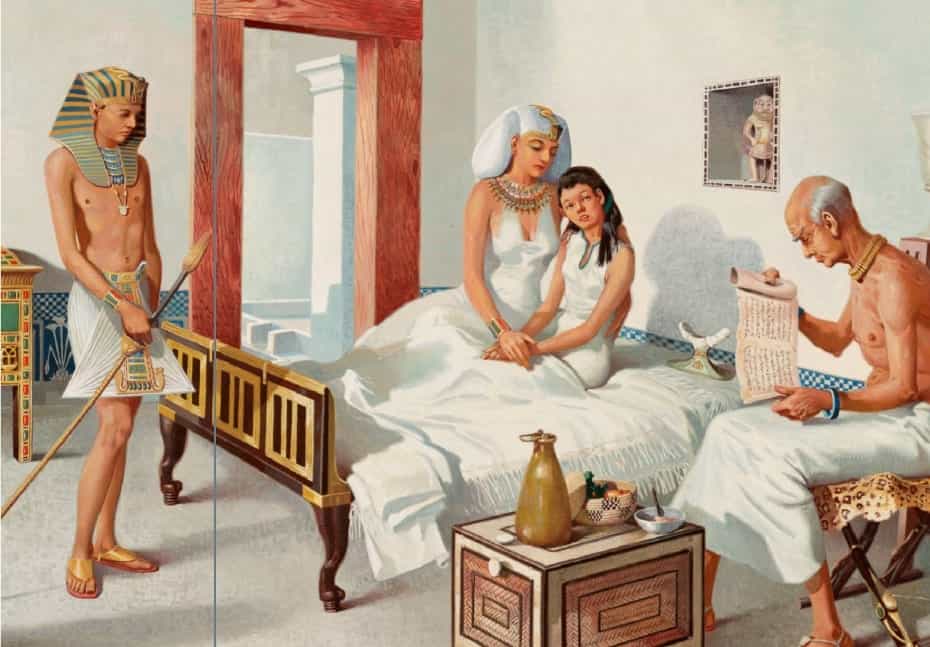 06:00 am
Since medicine was deeply rooted in the religious doctrine of ancient Egyptian society, a healer would have likely begun his day in the temple. Sekhmet, the goddess of healing, would have been the likely point of tribute, as well as other smaller deities such as Heka or Serket.

08:00 am
A doctor would have treated anyone with an ailment, but it is likely the elite would have been the priority on a given day. We could easily expect a healer to be called into the home of a noble or even the palace in the middle of the night, should an incident arise.

10:00 am
Doctors of this time may have operated from a specific building (especially for procedures and surgeries), but they would have often conducted house calls around the city. As you would expect, a healer would bring a number of pre-prepared remedies and tools with them.

12:00 pm
A healer would also take the time to meet local and foreign traders in the markets or bazaars of the principality they work in. The success of a doctor’s practice depended on the resources at their disposal, and it’s likely they would source rarer items from traders and merchants.

03:00 pm
A doctor might be called upon to operate on soldiers in times of war, or even those injured during the construction of a monument. Since no anaesthetics were available at the time, alcohol was used to dull the pain. Surgical procedures would be bloody, but doctors were proficient in treating wounds and amputations.

07:00 pm
With most of his major cases and responsibilities taken care of, a doctor might have returned to the temple to consult with High Priests, or to simply find a quiet moment to reflect and be at one with the gods. A healer might have also had duties to attend to at the temple itself.

The largest embalming cache ever found in Egypt

The pharaohs exchange the pyramids for the Valley of the Kings