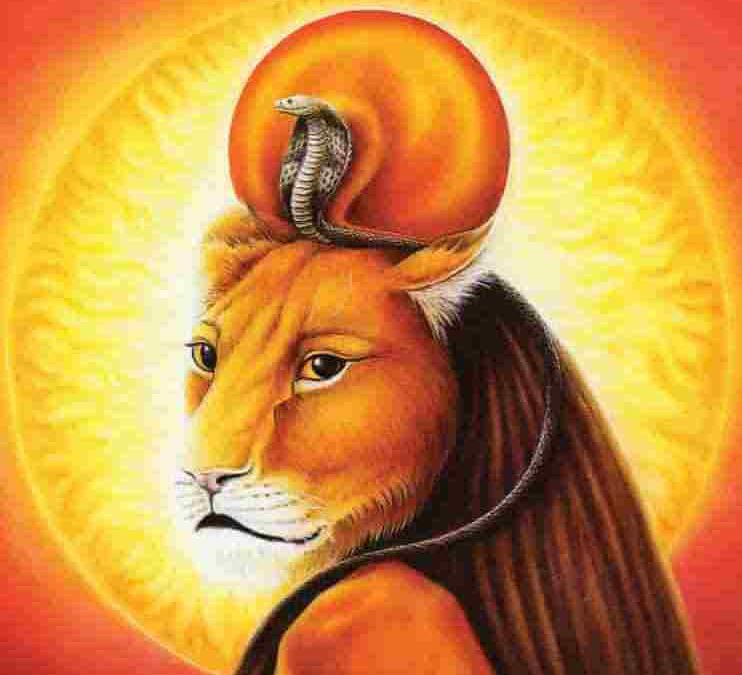 Sekhmet was known as the eye of her father Ra the sun god. Goddess of divine revenge, conquest and war.

Her name adapts to her function and means, she (who is) powerful. She was also given titles such as the lover of fear and the lady of slaughter.

Normally goddess Sekhmet is represented as a lioness or a woman with a lioness head, which carries a sun disk with the Uraeus (protective cobra) on her head.

Thus she represents the destructive energy of the Sun, in which she unites the beneficial powers of this star to its negative qualities.

Goddess Sekhmet was also considered the goddess of war, because when she got angry she became a dangerous lioness, being a much feared goddess. However, when she showed a calmer look, she became the cat goddess Bastet.

But Sekhmet was not so terrible, because she was also the patron saint of doctors. She was capable of causing major diseases and epidemics, but by launching the necessary means for the cures to have positive results, they managed to appease Sekhmet, recovering the health of their patients.

Sekhmet was daughter of the god Ra, wife of Ptah and mother of Nefertum (lotus god). She appears identified with other goddesses, such as Tefnut, Bastet and Mut.

Because of her relationship with the solar god, she was part of the legend of the Far Goddess, Sekhmet was the eye of the god of the Sun Ra, and being very enraged, the lioness devoured everyone who was in her path.

The gods were looking for her to try to calm her anger, and so, they prepared a red, blood-like concoction, which they dumped on the ground so that the goddess drank it, similar to the annual Nile flood and in this way she regained her calm by returning to Ra.

Together with the myth, during the river flood season, the Egyptians celebrated “The Feast of Drunkenness”, in order to keep Sekhmet calm.

She was such an important goddess that Pharaoh Amenhotep III himself commissioned them to perform at least 365 statues of Sekhmet, in order to be able to perform a daily prayer and thus try to keep this goddess so calm.

Her main center of worship is in the ancient Rehesu, known as Letopolis, although she was also worshiped in the Ptah temple at Memphis. Other places where she was venerated are Bubastis, Abidos or in the Precinct of Mut of Karnak.

The lioness’s son, Nefertum, was born from a blue lotus bud that floated on the water. He represents the sunrise, and it is said that he created mankind from his tears.

Her adopted son, Imhotep, was the first architect, engineer and physician known in history. A sage and prime minister of the court of Pharaoh Djoser, Imhotep officiated on the construction of the stepped pyramid of Djoser.

Also known as an important figure in ancient Egyptian medicine, he was granted the status of a deity thousands of years after his death, despite being born as a human.

Later Maahes, he was considered her son, who appeared during the New Kingdom period. He was seen as a lion prince.

What is the Power of Goddess Sekhmet?

To this day, she is honored and respected as a symbol of feminine power. While the stories speak of excesses, the message is clear: women are powerful, and they can be dangerous!

Sekhmet’s name means “the Mighty One.” She obtained the title of “Lady of the Flames” because it was said that her body assumes the bright glow of the midday sun.

It is also said that her hot breath is the desert wind. She is the burning, scorching and destructive heat of the sun, a powerful force that must be respected.

Sekhmet is usually depicted with the head of a lion and the body of a beautiful woman. Lions were very powerful beasts in Lower Egypt.

As the most powerful goddess of Lower Egypt, Sekhmet was seen as possessing the strength and power of the lion.

She represents the power and strength that women can exert when necessary. She gives strength and confidence to the girls.

Goddess Sekhmet was closely associated with royalty. She was often described as the mother of Maahes, the lion god who was a patron of the pharaoh and the pyramid texts (from dynasty five) suggest that the pharaoh was conceived by Sekhmet.

For example, a relief shows Pharaoh Niuserre breastfed by Sekhmet. This ancient myth is repeated in the reliefs of the New Kingdom in the temple of Seti I, which represent the Pharaoh breastfed by Hathor, whose title is “owner of the mansion of Sekhmet.”

Ramses II (the son of Seti) adopted her as a symbol of his power in battle. In the friezes that represent the battle from Kadesh, Sekhmet appears on her horse, her flames burning the bodies of enemy soldiers.

But, a particular pharaoh seems to have had an obsession with Sekhmet. Amenhotep III (Akhenaten‘s father, Dynasty Eighteen) built hundreds of Sekhmet statues on the grounds of the Mut temple south of the Great Temple of Amun in Karnak.

It is thought that there was one for each day of the year and that offerings were made every day.

The Secret of the Ankh