Hemiunu, the Vizier of King Khufu 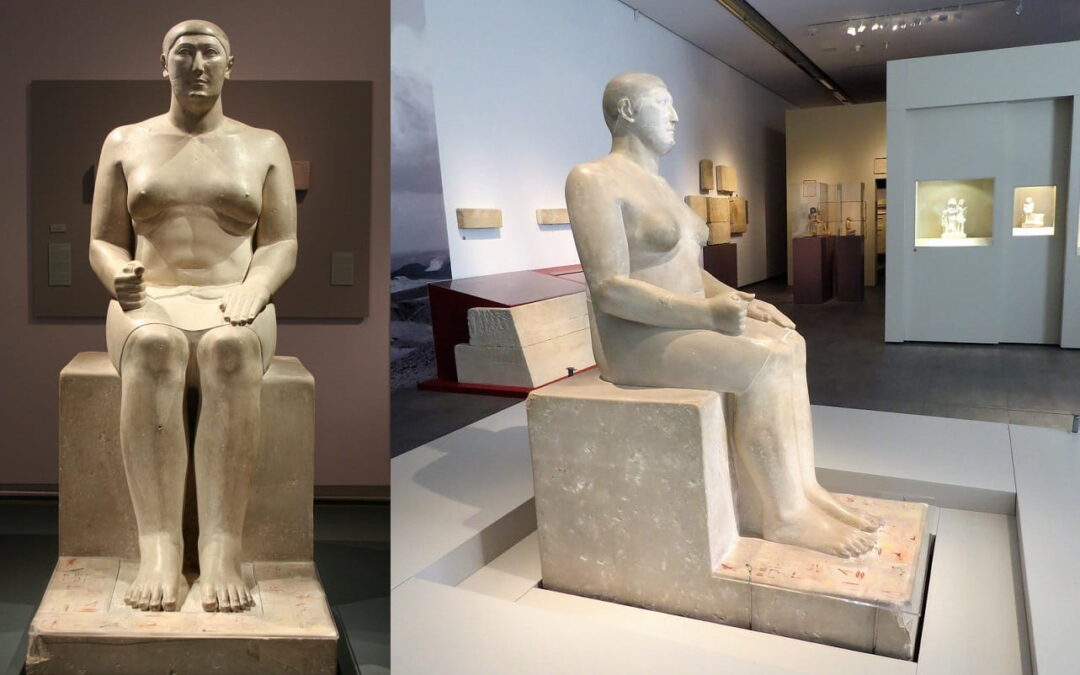 Hemiunu (Egyptian Hem-iunu) was a chaty (vizier) of Khufu (pharaoh of the Fourth Dynasty around 2580 BC). As the son of Nefermaat and Princess Itet, he was a royal family member.

Hemiunu had a large mastaba (G4000) built for him not far from his sovereign’s pyramid in the western cemetery of the Giza necropolis.

This mastaba was excavated and studied by German Egyptologist Hermann Junker at the beginning of the 20th century during the Austro-German Giza expedition.

In his mastaba, he is identified only as the “Master or Chief of the King’s Scribes.” Hemiunu also held the title of the “Supervisor of the works of the King,” which led him to assume responsibility for constructing temples. He is identified as the man responsible for the construction of the Great Pyramid.

He was also the “Bearer of the royal seal,” “Chief of the Army,” and “Guide of the Expedition.” It should be noted that important commercial expeditions were documented during this period to obtain wood for construction from the ports of Levante (Byblos) and incense and spices from the Punt region.

The mastaba retains its fine limestone coating from Tura as well as some architectural elements, such as projections that imitate the facade of a palace, niches that could house stelae, a libation bowl intended for the daily ritual, and vestiges of classical reliefs for this type of funeral rite. Some of the stones are marked with dates relating to Khufu’s reign.

In addition, an almost intact statue of the chaty (vizier) Hemiunu was found in the mastaba; it represents him seated with an aquiline profile and a certain fatness, a characteristic sign of social success among the ancient Egyptians. It is one of the rare examples of civil statuary from that time that has been passed down to us.

There are only two images of this character. One is the seated statue, and the other is a relief discovered in December 1925 in the southeast of the tomb ruins.

This relief depicts a magnificently carved face in limestone that adorned the tomb’s wall. It shows in detail a prominent nose, subtly modeled bags under the eyes, magnificently chiseled, lips, and a wavy chin.

His statue can be found at the Pelizaeus Museum, Hildesheim, Germany.

Bahariya Oasis: The Fabulous Valley of the Golden Mummies