Home / How was the first pyramid in history built?

How was the first pyramid in history built? 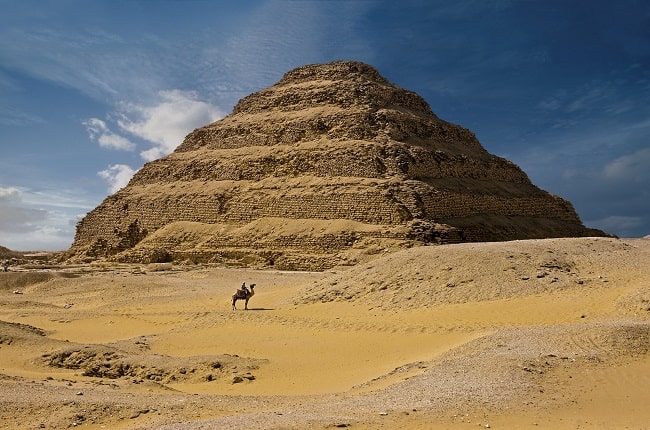 The restoration work carried out on the Djoser pyramid to prevent its collapse has led to new theories about the construction of the great pyramids.

The famous stepped pyramid of Saqqara, which was originally a mastaba, was built during the Third Dynasty of Egypt to house the burial chamber of Pharaoh Djoser.

The sage Imhotep, the first known architect in history, had the brilliant idea to enlarge Pharaoh Djoser’s mastaba to make it the first pyramid in history.

A major earthquake in 1992 exacerbated the damage caused by other earthquakes in the past. The central chamber, and ultimately the entire pyramid, threatened to collapse imminently if urgent measures were not taken.

Cintec International, a British company based in Newport (Wales), was in charge of reaffirming the structure and preventing the collapse of the pyramid.

Since then, engineers have used the Waterwall technology devised by Cintec, which consists of the placement of a series of self-inflating airbags to prevent the collapse of the damaged roof.

To reinforce the central chamber, the company has used its patented anchoring and consolidation system using stainless steel structures.

Restoration work has led to new theories about the construction of the great pyramids of Egypt. Peter James, the CEO of Cintec, has proposed the theory according to which the ancient Egyptians used construction techniques commonly used by modern builders.

The practice of using high-quality stone on the outside of a building and lower-quality filling inside a building is an age-old construction technique that is still used in modern structures.

According to Peter James, this procedure was used by the ancient Egyptians. “The main problem I encountered with existing theories of pyramid construction was that, from a builder’s perspective, the process was more complicated than necessary.

Why would Egyptians drag huge stones from miles away unless absolutely necessary? The inner core and fill would never be exposed, so why fill it with blocks from a quarry that required time and probably money to extract and transport to site?” observes James.

Peter James believes that the central core of the pyramid was used to create internal zigzag ramps that allowed the pyramid to be built from the inside out.

The pyramids were made up of three different layers. In the first place, the intermediate nucleus, visible in all the pyramids starting from the rhomboid pyramid of Dashur.

This stepped layer must have been used by Egyptian builders to contain the filling of the central core and must have been fundamental to fix the cladding, the outer layer of the pyramid.

The orientation of the pyramids of Giza

Why do pyramids have that shape?