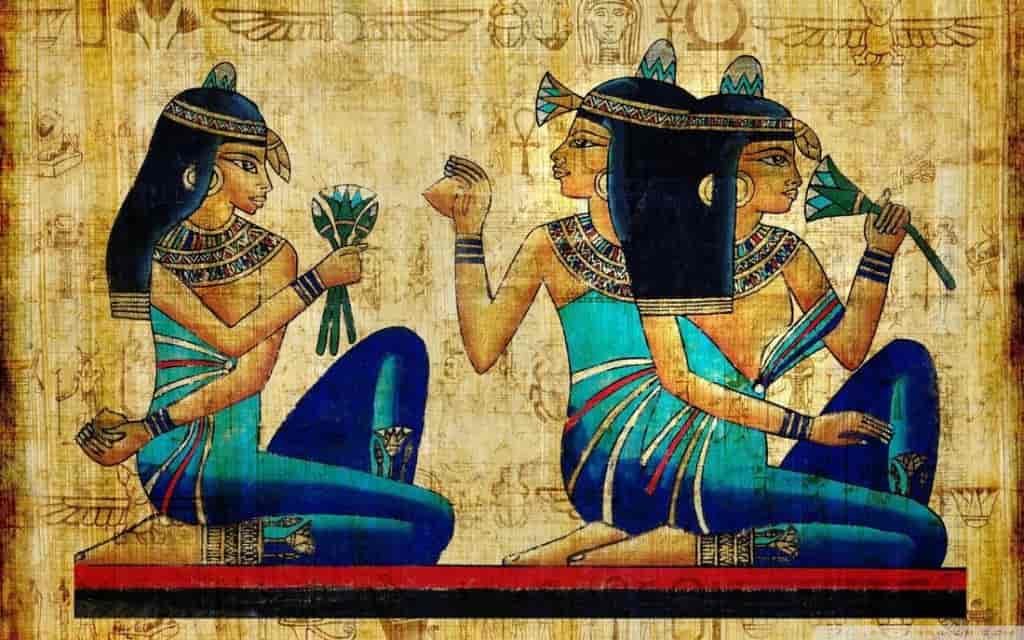 At the top of the female pyramid of power in ancient Egypt was the queen, who was the chief wife of the pharaoh and the mother of the crown prince. She was considered a companion to the king and a goddess.

The pharaoh and queen embodied the masculine and feminine principles that guaranteed the existence of order, or Maat, in ancient Egyptian society. This concept represented harmony and cosmic balance in the world.

In order to maintain the masculine-feminine duality, the main wife had to accompany the monarch during ceremonies, although she always occupied a secondary level in relation to him. Sometimes, more than one woman held the position of Great Royal Wife at the same time.

Art historian and doctoral student in ancient Egyptian art, Miriam Bueno, states that the term “harem” is not suitable to describe this type of institution in ancient Egypt.

The oldest term interpreted as “harem” is “ipt”, found from the 1st Dynasty, which refers to a group of women and children who belonged to the court but lived in separate rooms or buildings.

In the New Kingdom, the term appears as “ipt nsw” and is interpreted by some as a place of residence for queens and royal children and by others as an institution of some accounting or economic nature, but not as a harem.

The next most important woman in the royal court was the king’s mother, who held the title of “met neswet” and did not necessarily have to have been the Great Royal Wife of the previous pharaoh.

She was followed by secondary wives, whose title was “hemet neswet”. Given the great competition among the pharaoh’s wives, it was not surprising that rivalries were created in their struggle to seat their respective sons on the throne, which often gave rise to conspiracies.

Since the royal family was divided into different “Jeneret Houses” in different parts of Egypt, it is possible that only his mother, the queen, and their children lived in the palace harem where the king resided.

This would be the reason why so many secondary wives only saw the pharaoh on rare occasions and some even never met him. One step below secondary wives were the king’s daughters, who could continue to live in the harem whether they remained single or married into their family or a high official.

They enjoyed many privileges, such as having a personal retinue, having their own tomb, and inheriting some positions and titles from their mothers.

A little further down the hierarchy, the pharaoh’s sisters and aunts shared space, and then those known as Royal Ornaments, about which there are certain discrepancies.

At the base of the pyramid were the Beauties of the Palace and the Beloved of the King. These women were in charge of singing and musical performances for both entertainment and religious ceremonies.

The wonderful iron dagger of Tutankhamun: A Mystery revealed