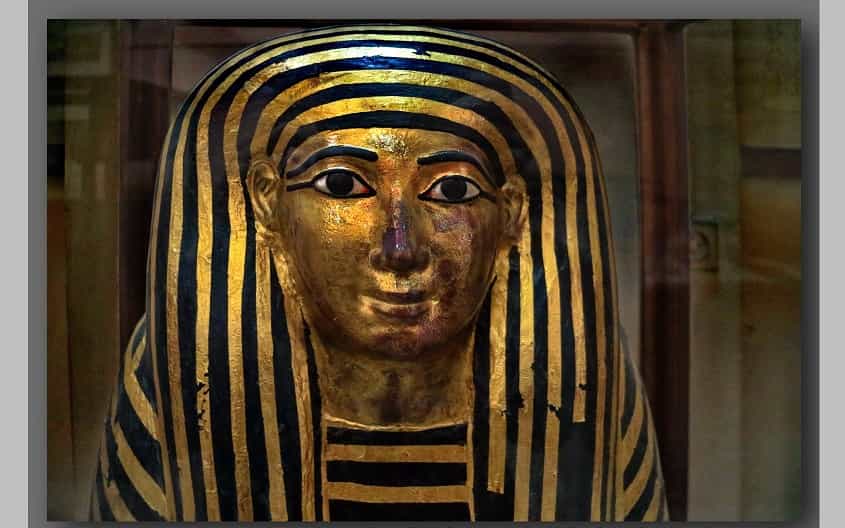 Maiherpri lived around 1450 BC, during the Eighteenth Dynasty in the New Kingdom.

It is not known exactly during which reign he served; a piece of linen appearing from his tomb with Hatshepsut‘s name on it is our only clue. But the possibility that he lived at the time of Thutmose III, Amenhotep II, or Thutmose IV is also considered. Most historians are inclined that he would be part of the court of Thutmose IV.

His name means “The Lion over the battlefields”, so together with the discovery of a flint-tipped bow and arrows in his tomb, brings us to believe that he was a warrior, a military official. It also makes us think that he was very close to the king, since his tomb was in the Valley of the Kings and had a grave of rich goods.

This tomb was found almost intact in 1899 by the archaeologist Víctor Loret. I say almost intact because, despite the sarcophagi and the mummy inside being intact, and various objects from its trousseau, there were signs of theft throughout its history.

The records carried out in their day are scarce and poor, which does not allow us to get an idea of the disposition of the objects found in it or even of which ones were found, since there is no rigorous inventory.

This tomb, called KV 36, both because of its quality and the grave goods it contained, tells us a lot about the social position of this young man and the royal favors he enjoyed. It is situated at the end of the Valley near KV 13, belonging to Noble Bay.

It is a shaft tomb with a lateral chamber consisting of a small antechamber and a chamber. It is small, about twenty square meters, but of great beauty, with polychrome inscriptions similar to those of the Tomb of Tutankhamun.

Taking into account some inscriptions found in his tomb, he was raised alongside ancient Egyptian princes, so he could also be the son or brother of a member of the royal family.

Titles such as “son of the royal nurse” and “carrier of the fan to the right of the sovereign” insinuate that he could have been a standard bearer of the army.

In March 1901, archaeologists studied his mummy. They discovered that he was a young man, less than twenty-five years old at the time of his death, and was of great beauty. No injuries were found in the study that caused his death.

The goods found buried within his tomb show that he was very important and rich. It included a wooden sarcophagus covered in black resin that was three meters long and decorated with gold sheets, with representations of the four sons of Horus on the sides and the goddess Isis on the front.

Rectangular in shape, it contained two other sarcophagi that were empty when found, both anthropomorphic. The mummy was covered by a beautiful funerary mask.

Contained in a wooden box with representations of Isis, Nephthys, and the Four Sons of Horus in gold sheets were one of the most beautiful papyrus copies of the Book of the Dead, a bow, a quiver of arrows, two dog collars, bracelets, a Senet game, and calcite canopic vessels. These vessels were of different sizes, two larger and two smaller, and appeared wrapped in linen and with protective inscriptions.

A magnificent yellow chest bearing Maiherperi’s name in delicate blue letters was found two years later by Howard Carter in a crevice outside the tomb. It contained garments of fine linen.

Remains of ceramic vessels were also found – some open, probably by tomb raiders, and others sealed – and a plate with remains of bread and some sycamore leaves. Another curious find was a relic of Osiris in the form of barley germinating, representing resurrection process.

All objects found in the tomb are exhibited in the Cairo Museum and are published in the General Catalog of the same.

Tomb kV36 has continued to be studied by the Valley of the Kings Project at the University of Basel.

The Face of Shep-en-Isis, the Most Famous Egyptian Mummy in Switzerland