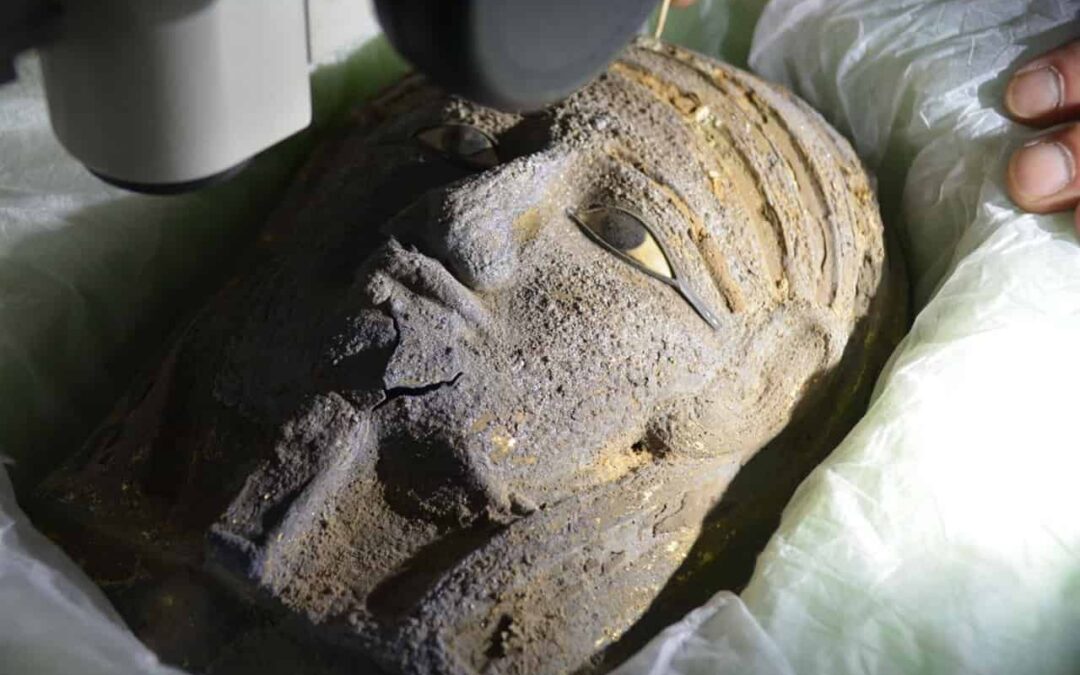 Egypt does not stop giving archaeologists surprises. The last one took place in the Saqqara necropolis, about twenty kilometers south of Cairo, a place known worldwide for being the site of the famous Stepped Pyramid of Pharaoh Djoser.

A mission made up of Egyptian and German archaeologists from the University of Tübingen, which has been excavating in this area of ​​the necropolis for four years, has discovered a curious burial in a chamber built at the end of a funerary shaft in the vicinity of the Pharaoh’s pyramid. The find has been released by the Egyptian Ministry of Antiquities.

Six instead of four!

In the chamber, archaeologists have found the sarcophagus of a woman named Dibibastet, who was buried with her canopic jars, the vessels where the mummified viscera of the deceased were deposited.

But what is surprising is that there were not four, as is traditional in all ancient Egyptian burials, but six!

“Her six canopic vessels are a real surprise because the tradition consisted of extracting, embalming and storing the lungs, the stomach or spleen, the liver and the intestines in four vessels,” said Ramadan Badri Husein, director of the archaeological mission..

But why was this woman buried with six canopic jars?

“It seems that Didibastet had offered or requested a special form of mummification that involved storing all of her organs in six vessels. It is an indication of her socioeconomic position,” Husein suggests. Be that as it may, the case remains an anomaly in Egyptian funerary customs.

The researchers have subjected the two “leftover” vessels to computerized tomography, and preliminary analysis indicates that both contain human tissue. Now what it is about is trying to identify and discover which organs were stored in them.

Dibibastet was buried in a large mummification complex from the 26th dynasty (664-525 BC), under a 30-meter deep funerary shaft, which contained several funerary chambers (six have been located so far), and she shared the room with other three wooden coffins, which were very deteriorated.

But there is no other case like her. “We have not found any other similar case of embalming. In fact, many of the individuals that appeared in the burial pit of the mummification complex were buried with a single vessel, made of clay and not alabaster, less wealthy than Didibastet,” Hussein explains.

Dr. Ramadan Badri said that the Mission conducted non-invasive testing, called X-ray fluorescence, on the gilded silver mask, which was discovered on the face of a mummy of a priestess.

This test determined the purity of the mask’s silver at 99.07%, higher than Sterling Silver at 92.5%.

This gilded silver mask is the first in Egypt since 1939, and the third of such masks to ever be found in Egypt.

The Palermo Stone: The Earliest Royal Annals of Ancient Egypt