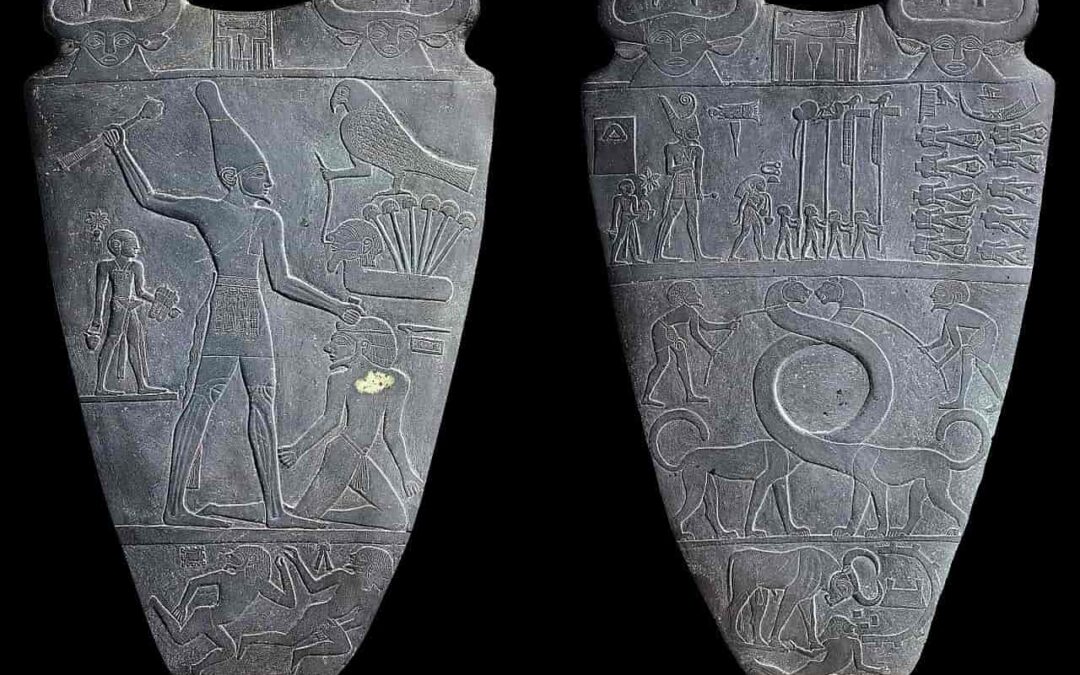 Nekhen (or Hierakonpolis according to the Greeks) was a city in ancient Egypt where the falcon god Horus was worshipped. Founded in predynastic times, ancient Nekhen is located in the 3rd nome of Upper Egypt, the nome “of the fortress” or “the two columns”.

From a symbolic point of view, this city was the counterpart of the city of Buto in Lower Egypt.

Excavations of the temple have yielded a large number of sacred objects dating back to Predynastic times. Two important protohistoric cemeteries have been found here, with painted tombs and remains dating back almost to the beginning of the Naqada culture.

People began living in the region that would become Nekhen at least as long ago as the Badarian period beginning around 4000 BC.

The city contained multiple complex settlements, with dwellings, temples, and cemeteries. Most of the predynastic occupation of the site dates to between approximately 3800 and 2890 BC, during the periods known as Naqada I-III and the first dynasty of the Old Kingdom of Egypt.

Perhaps the most famous building in Nekhen is an elaborate tomb from the Gerzeh culture (3500-3200 BC), called “The Painted Tomb”.

This tomb was dug into the ground, lined with adobe bricks, and then its walls were elaborately painted; it represents the oldest known example of painted walls in Egypt.

On the walls of the tomb were painted images of ships from Mesopotamia, attesting to predynastic contacts with the eastern Mediterranean. The Painted Tomb probably represents the burial place of a proto-pharaoh, although his name is unknown.

However, there are explicit references to a handful of early pharaohs at Nekhen. The Narmer Palette found among the ruins includes the earliest depiction of any Egyptian king, tentatively defined as Narmer, who ruled around 3100 BC.

A mud-brick enclosure is associated with King Khasekhemwy, the last king of the second dynasty, died 2686 BC. A stela dedicated to King Pepi, the third pharaoh of the sixth dynasty who ruled between 2332 and 2287 BC.