Home / Uncovering the Mysterious Encounter: Alexander the Great’s Visit to the Oracle at Siwa

Uncovering the Mysterious Encounter: Alexander the Great’s Visit to the Oracle at Siwa 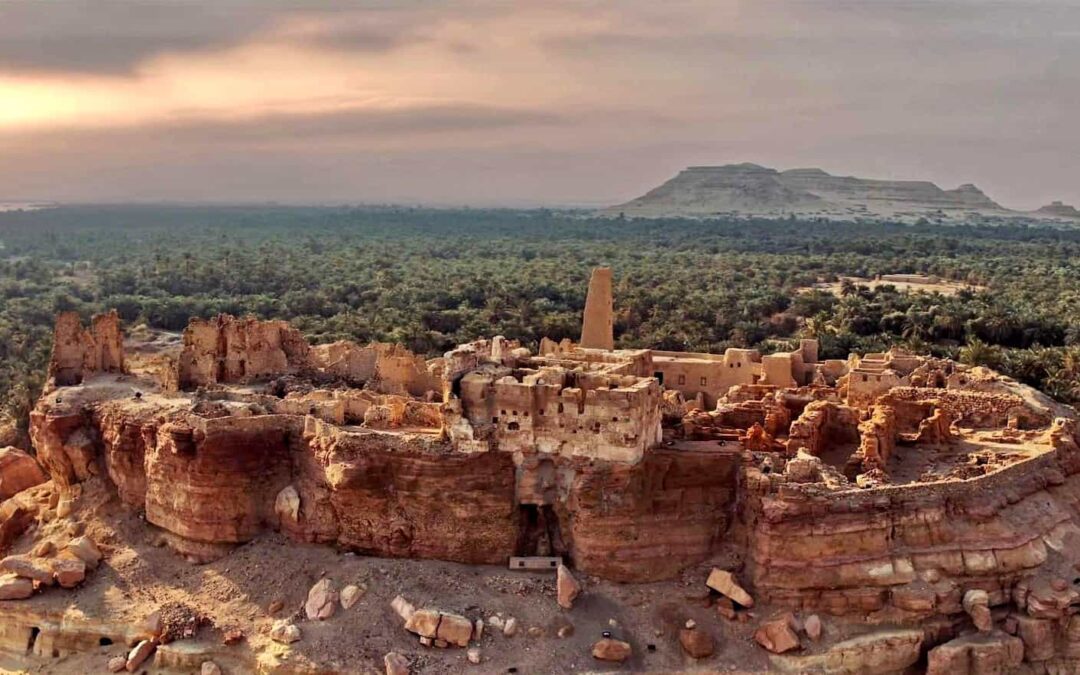 Located in Aghurmi, the Oracle of Amun in the Siwa oasis is a major attraction in the region, along with the Temple of Amun in Umm Ubeidah.

The Oracle of Amun was an oracle dedicated to the god Amun (known as Zeus-Amun in the Greek world) and was founded by Thebans due to the shared representation of the ancient Egyptian god in Siwa and Thebes.

The revelations at the Oracle were given by a large group of priests (some accounts even mention eighty). Alexander the Great visited the Oracle in 331 BC, and the Greek historian Callisthenes of Olynthus, who accompanied Alexander, recorded that the prophet of Amun confirmed Alexander’s status as the son of the solar deity and offered him a favorable omen for his campaigns, though his reign would be short.

The ruins of the Oracle, which is thought to have Greek origins, can be found on the Aghurmi hill. The ruins include buildings from the 12th century AD to the 19th century, including the remains of the royal palace of Ahmose II of the 26th dynasty.

The temple building is also dated to the 26th dynasty, though its origins are much older. The temple is oriented towards the south and still bears inscriptions featuring the names of gods such as Amasis, Set, Inheret, and Tefnut.

Temple of Amun in Umm Ubeidah

Approximately 400 meters from the Oracle are the ruins of the Temple of Amun in Umm Ubeidah, which was built by Senedyemibra-Nakhthorhabet of the 30th dynasty between 359 and 341 BC.

It is thought that an earthquake destroyed the temple, but some records and large blocks remain. The inscriptions at the site show Wen-Amun, a governor or local authority, making an offering to the sun. There is evidence that a processional route connected this temple to that of the Oracle, located about 350 meters away.

To visit the Siwa oasis, one can travel by road from Cairo to Marsah Matrouh, and then continue 300 kilometers south to reach the oasis.