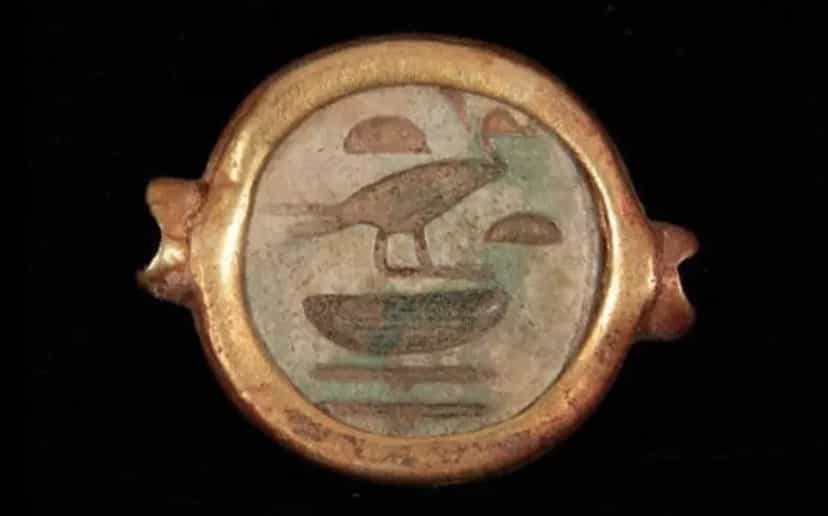 A team of archaeologists led by the University of Cambridge, including Egyptian archaeologists, have discovered a tomb containing an impressive collection of gold jewelry during excavations in the Amarna necropolis in Middle Egypt.

The city of Amarna, which was founded by Pharaoh Akhenaten in 1346 BC, was the capital of ancient Egypt during his reign. After becoming Pharaoh, Akhenaten abandoned the traditional Egyptian gods and instead promoted a new religion centered on the solar disk god, Aten.

He changed his own name to Akhenaten (meaning “Aten is satisfied”) and founded a new city called Akhetaten (meaning “City of the Horizon of Aten”) dedicated to the worship of this deity.

He also built temples and sanctuaries to Aten throughout the country and banned the ancient cults and their clergy. After his death, Akhenaten was removed from the royal lists and described as a “heretic,” and his capital, Amarna, was abandoned and forgotten for centuries.

In 1977, the University of Cambridge launched the Amarna Project to excavate the ancient capital of Akhenaten, and since 2005, several campaigns have been conducted to study the northern necropolis of the city.

The current campaign has resulted in the discovery of a shaft tomb dating back to the reign of Akhenaten, in which a young woman was buried wrapped in a plant fiber mat and wearing a necklace of petal-shaped pendants and three gold and soapstone rings.

One of the rings features the image of the god Bes, a dwarf who was the protector of women and children, and the other two rings have hieroglyphic inscriptions that can be translated as “Lady of the Two Lands,” referring to Upper and Lower Egypt.

The burial site is located in the northern desert cemetery of Amarna, in the low desert west of the northern tombs. In addition to the beautiful grave goods, other objects have been found at the site, and the team is conducting a major restoration program.

The Amarna site, which is difficult to access but still attracts many tourists to Egypt, contains the ruins of several temples dedicated to Aten and various royal residences, which are a testament to the former glory of the city.

Uncovering the Mysterious Encounter: Alexander the Great's Visit to the Oracle at Siwa