Home / The ostraca of Deir el-Medina 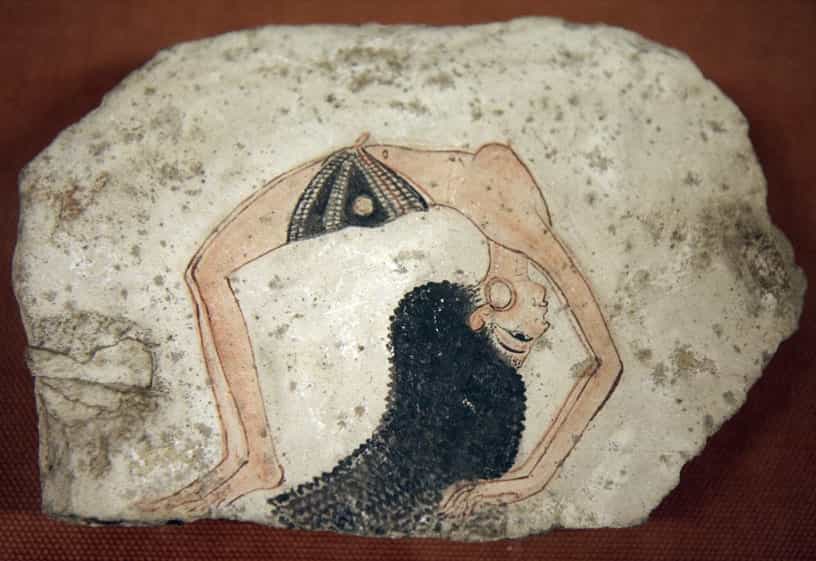 These were fragments of limestone or ceramics extracted from quarries or tombs during excavation.

This was the case in Deir el-Medina (Thebes), where discarded pieces of limestone, which were not necessary to treat previously, were laminated to make them suitable for writing.

They were used both to write texts and to draw, for apprentices and people already trained, for simple sketches of projects and for completed works.

Deir el-Medina, the village of craftsmen

The ostraca are a source through which to better understand the world of the scribe and the craftsman.

Though these fragments may initially seem insignificant, they actually store very valuable information. Why? The ostraca were considered drafts where, among other things, both the scribe and the artist could let their imagination wander since they were not in front of a papyrus.

One of the peculiarities of Deir el-Medina is that a large part of its inhabitants knew how to read and write, meaning the ostraca found are even richer in information. Flakes with curious day-to-day information have been found. Everything from shopping receipts and letters to gossip between neighbors and laundry notes.

On the more artistic side, we see peculiarities such as sketches of tomb plans or of the grid used to accurately execute a place’s decoration.

Approaching the artistic world, we can understand that for an ancient Egyptian artist an ostracon was like a sketch. It was where the artist — expert or apprentice — carried out his practices and where he gave his imagination free rein.

The ostraca found show previous or finished sketches, usually of peculiar scenes that deviate from the canon and ancient Egyptian style that we are used to seeing in temples and tombs.

For example, in the tomb of Irynefer we found an ostracon where the craftsman can be seen sitting on a stone, with two knives in his hands, in front of a table with bread as in his normal daily life.

The ostraca containing satirical content are one of the most striking, because they deviate from the style to which we are accustomed.

In this type of ostraca, animals are usually seen comically, such as a cat fanning a mouse in pharaonic clothing or even leading a retinue of geese.

As we can see, these ostraca are the ones that best define these artisans’ great imagination.

One of the most beautiful ostraca found in this town is the famous Turin ostracon. It depicts a dancer executing an acrobatic pirouette.

We know that the presence of this figure was very important in ancient Egypt since both dancers and music were essential during religious festivities and funeral rituals.

This example is an unequivocal sign that the ancient Egyptians knew how to draw perfectly well, putting aside the ideal canon that they were obliged to execute during their work.

Pharaohs' private letters reveal what politics was like 3,300 years ago