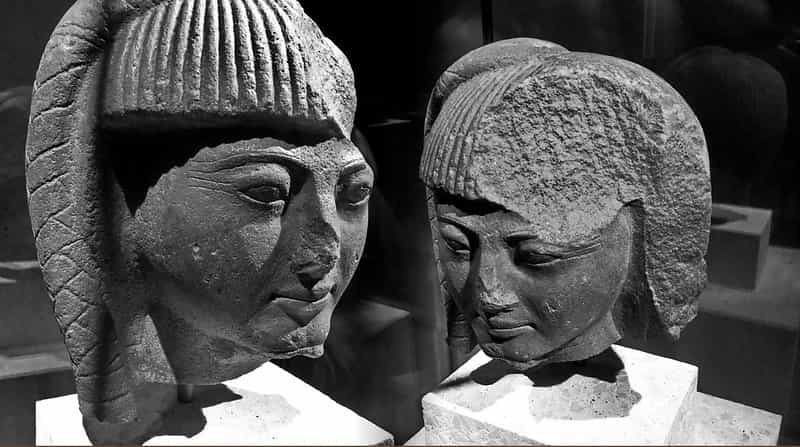 Who was the first Egyptologist? The answers to this question can be found in Pharaonic Egypt itself, in the thirteenth century BC, where a character named Khaemweset lived.

Khaemweset was the fourth son of Pharaoh Ramses II and Queen Isetnofret, who lived during the nineteenth dynasty of the New Kingdom.

Ramses II, “the great,” ruled the country of the Nile from 1279 to 1213 BC. His long reign was a time of splendor, thanks to the energetic policies towards the exterior and interior of the State, which favored the economy and the development of the arts.

Khaemweset is considered to have been born around 1270 BC and died at an advanced age, only a few years before his father.

Actually, Khaemweset was designated as the crown prince between years fifty and fifty-five of Ramses II’s reign. But, his death placed his younger brother Merenptah on the throne, who was the thirteenth son of the long-lived pharaoh.

From a very young age, Khaemweset accompanied his father, Ramses II – when the latter was still co-regent of Pharaoh Seti I, who ruled from 1290 to 1279 BC. He was the grandfather of the prince – in several military campaigns.

Around year thirteen of Seti I’s reign, a rebellion arose in the lands of Kush. Although at that time, Khaemweset must have been a child of about three or four years of age, he was represented in one of the reliefs of the temple of Beit el-Wali, Nubia, as a brave young man aboard a war chariot pulled by some slender horses at full gallop.

Later, when Ramses II was already the lord of the country of the Nile, important war campaigns were undertaken, such as the one in year 5 of his reign to stop the expansion of the Hittites towards the kingdom of Mitanni (in present-day Syria).

Khaemweset was present at the famous Battle of Kadesh, on the banks of the Orontes River, and at other sieges of cities in the region.

With such a prestigious military career, the most logical thing is to consider that this prince would continue in the service of arms, sharing and benefiting from the glory of his father and the country of the Nile.

However, Khaemweset’s call was of a different kind – one could say today of a spiritual and intellectual nature.

Returning to Egypt after numerous punitive forays into Asian lands, the prince moved to Lower Egypt around the sixteenth year of Ramses II’s reign, when he was twenty-six or twenty-seven years old.

His goal was the thousand-year-old city of Memphis, where he became a semi-priest in the service of the temple of the god Ptah.

In the thirtieth year of Ramses I’s reign, Khaemwaset was summoned to announce and take part in the first ḥb sd (heb-sed) the “Royal Jubilee” of his father; a role that he took up several times over the years.

It is only necessary to consider the time, effort and material resources that Khaemweset invested in the documentation, planning and management of these projects.

He has been given the nickname: “the archaeologist prince” because he effectively carried out tasks -in his own context-.

The prince restored unreadable ancient inscriptions on almost ruined monuments. He revived the pharaoh’s memory of the past times and assimilated it to the new period in which Egypt lived during the New Kingdom.

A fact that should not be overlooked is that Khaemwaset’s “archaeological” activity is attested at least from the last period in which he served as a semi-priest. However, around the forty-fifth year of the Ramesses II’s reign, the “archaeologist prince”, who by then was about fifty-five or fifty-six years old, was promoted to the rank of high priest of the temple of Ptah.

Evidently, this position gave him more facilities to carry out his works. Still, it is relevant to note that he was already dedicated to rescuing the memory of his people before obtaining an important political position.

This can be interpreted as a sign of his genuine interest in knowing the history of his ancestors, as opposed to actions that only sought political or religious proselytism.

Khaemweset’s last years were spent in his beloved Memphis. Apparently, he continued with his “archaeological” works until his death, which probably occurred shortly after the fifty-fifth year of the reign of the long-lived Ramses II, when the “archaeologist prince” was about sixty-five or sixty-six years old; old enough for the life expectancy of the ancient world.