Home / The story of Philae Temple

The story of Philae Temple 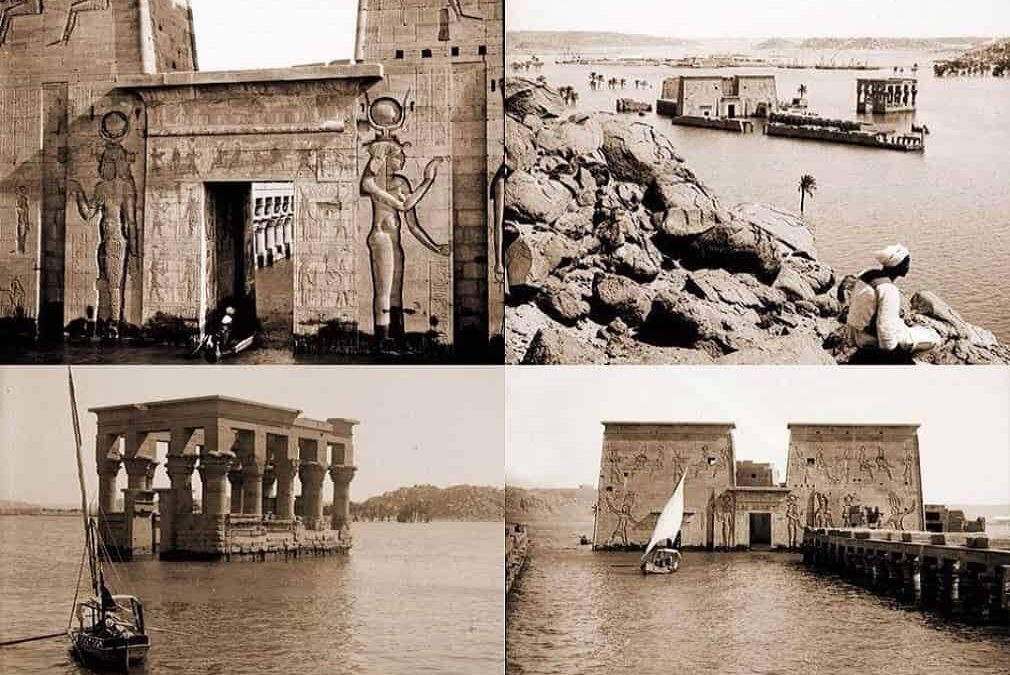 Philae is the name of an island located on the Nile River, eleven kilometers south of Aswan, in Egypt. It is famous for the temples erected during the Pharaonic, Ptolemaic and Roman periods dedicated to the worship of the goddess Isis that spread throughout the Mediterranean, maintaining its veneration in the temple of Philae until it was banned in the time of Justinian I, the year 535.

According to ancient Egyptian religion, when Osiris, King of Egypt and husband of Isis was killed by his brother Seth, who threw pieces of his body all over Egypt, Isis collected her husband’s fragments, rebuilt them and brought him back to life.

Then she took refuge from Seth‘s anger on the island of Philae , where the temple that venerated her would later be erected

At its peak, Philae was the main temple of the cult of Isis, although as it is common in ancient Egyptian temples, there are also buildings that were used for the worship of other gods and even pharaohs.

Its greatest splendor came in the Hellenic and Roman times , when the various emperors built buildings of great importance in honor of this goddess

Philae Temple, in Antiquity, was located on the island of the same name, but with the construction of the Aswan Dam, this island would be submerged, so the temple was moved, stone by stone to its current location, a few kilometers from the dam

The set of temples on the island of Philae does not constitute an isolated system. Rather, it is closely linked to other nearby temples and to the series of Nubian temples. The pharaohs (almost continuously in each reign) had donated “the fields” to the goddess

On the island, there is a clear gradation in the temples. The main temple is that of Isis, which occupies the main axial position.
The decoration of the walls of the temples that constitute the whole of Philae was carried out according to a system described by Eleni Vassilika (Ptolemaic Philae)

Among the main rooms that the complex houses, it is worth highlighting:
Library. The temple had a library of sacred papyrus texts, for use by priests in their daily worship, as well as for the deposit of documents

The so-called “Meroitic Estancia”. One of the temple rooms houses an interesting group of meroitic inscriptions and representations , of extraordinary interest to the history of the area

The last hieroglyphic inscription of which we have evidence was engraved on the walls of the door called Hadrian, located in the enclosure of the temple of Isis; it was recorded on August 24, 394, and consisted of an invocation to the Nubian god Mandulis.

The last text written in demotic Egyptian was dated on the eleventh day of the year 452; it is a phrase painted on the walls of the temple of Isis, in Philae.

The complex includes, of course, the Temple of Isis , the largest of those found there, Trajan’s Kiosk, from the time of Roman rule; the Temple of Hathor, another important female goddess of Ancient Egypt.

All these buildings give an idea of ​​the splendor of the temple in its heyday.

When you enter the temple you will not be able to stop admiring the beauty of its architecture and its long history, which make Philae Temple one of the essential visits in the land of the pharaohs.

The Beauty Secrets of Ancient Egypt: A Look at the Makeup and Cosmetics Used by the Pharaohs

The Mummy of the Titanic