Home / Why was the Egyptian goddess Hathor important? 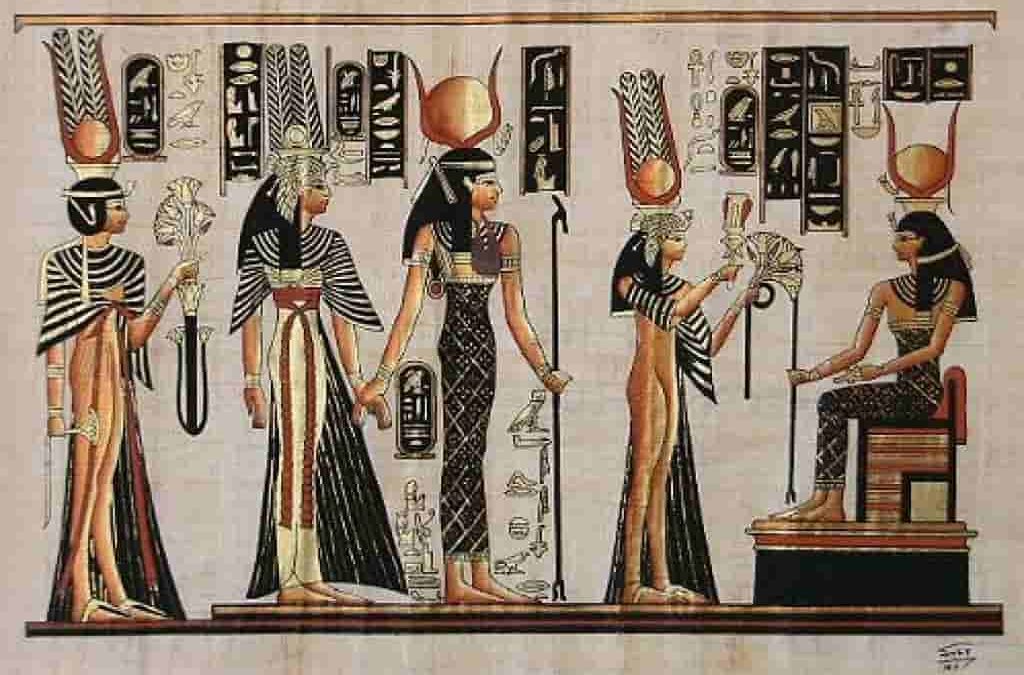 What is special about goddess Hathor?

Representation: Cow, woman with a cow’s head or woman with cow’s horns and sun disk.

Hathor. Goddess whose name means “The House of Horus“, for being mother and sometimes wife of Horus; as such, the queen of Egypt identified with Hathor.

Her name can be written as a hawk inside a square that represents the house. Divine mother who renews everything that exists.

From the Old Kingdom she absorbed the functions of the Mehet-Weret cow, with whom she was identified; thus, she established as lady of heaven, her relationship with the sun god is that of guidance; her appearance is maternal and is also a personification of the night sky.

She represented the cow that had enlightened the world and all that is contained in it, that nourishes the beings and the dead to those who offer bread and water after their death.

Its origin seems to date back to pre-dynastic times. The peasants of that time worshiped a goddess in the form of a cow as it has been observed in the representations of ceramics belonging to that time.

According to the myth, Hathor came into existence at the same time that Ra appeared as the sun god; then Hathor took a seat next to him in the solar boat.

According to another version of the myths, Hathor, as a personification of heaven, was the cow that with its legs held the sky, while Horus, her son, in the form of a hawk, was introduced through her mouth every night to be reborn in the morning; later, Isis would assume the role of Horus’ mother.

In Dendera she was the goddess of love, youthful beauty, joy, motherhood and eroticism. Hathor goddess was consecrated, which serves as an emblem. She had the power to drive away evils and curses and was frequently used at parties.

Goddess also of music and dance; dancers, singers, actors and acrobats included in their priesthood; Even in the Greek era, these arts remained under the sphere of Hathor.

She was also the patron of the drunk; presided over the drunken party that was held in Dendera twenty days after the flood of the Nile.

Hathor goddess was also “The Lady of Joy “, for her festive and playful nature and “The Lady of the garlands” for her link to beauty.

Her sacred tree was the sycamore; among her many manifestations and functions was that of the king’s nurse and sometimes she is represented as a sycamore with a breast with which she breastfeeds the king, thereby offering her divinity.

In Thebes, as patron of the region of death, she also had a role related to the Hereafter as a provider of food and drink to the souls who made their journey through the world of the dead and was the one who received the deceased at his entrance to the Hereafter; for what was called “Lady of the West” or “Goddess of the Western Mountain”.

In addition, a chapter of the Book of the Dead states that those who address the goddess in the right way can be transported by Hathor on her back.

In myths they refer to her as both Ra‘s mother and daughter; so, as a mother she gives birth to the sun through the humidity of the fog, and as a daughter, she is his solar Eye, the intense heat of the sun that can kill.

Hathor was both the cow that nurses living beings with her sacred milk and the fierce lioness that lived in the desert, capable of ending life.

In Ptolemaic times a ritual appeared based on the idea that Hathor and Horus constituted a marriage; thus in the party of “The Good Meeting”, the image of Hathor left the sanctuary of Dendera and sailed towards the temple of Horus in Edfu.

After several celebrations, the divine couple performed their wedding; and after spending the night together, Hathor returned to her temple.

She had two children with him: Harsomtus, from Edfu, and Ihy, from Dendera.

In Kom Ombo she was Sobek’s wife. In Memphis she was the goddess of women.

She is represented as goddess with horns or cow ears and tripartite headdress; the concept of the sky as a cow, widely spread in the Delta, was the cause of Hathor presenting a bovine form.

According to an ancient myth, she was supposed to have raised the young sun to the sky by means of her horns. Later she appears as a woman with a cow’s head, and finally with a human head that sometimes wears cow ears and horns. In its animal form it can appear as a lioness, linked with Sekhmet.