Home / Queen Kiya, The second wife of Akhenaten, The mysterious queen of Amarna 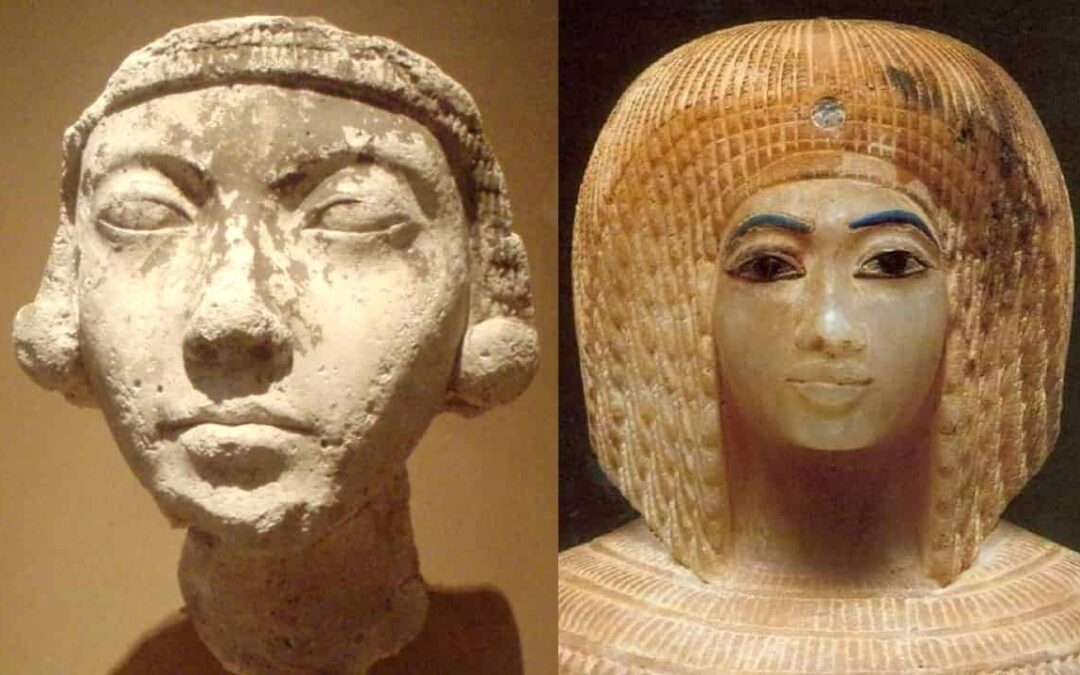 Kiya was one of the wives of the Egyptian Pharaoh Akhenaten. Little is known about her, and her actions and roles are poorly documented in the historical record, in contrast to those of Akhenaten’s ‘Great royal wife’, Nefertiti.

Her unusual name suggests that she may originally have been a Mitanni princess. Surviving evidence demonstrates that Kiya was an important figure at Akhenaten’s court during the middle years of his reign, when she had a daughter with him.

She disappears from history a few years before her royal husband’s death. In previous years, she was thought to be mother of Tutankhamun, but recent DNA evidence suggests this is unlikely.

The name Kiya itself is cause for debate. It has been suggested that it is a “pet” form, rather than a full name, and as such could be a contraction of a foreign name, such as the Mitanni name “Tadukhipa,” referring to the daughter of King Tushratta.

Tadukhipa married Amenhotep III at the very end of his reign, and the Amarna Letters indicate that she was of marriageable age at that time.

In particular, Amarna Letters 27 through 29 confirm that Tadukhipa became one of Akhenaten’s wives. Thus some Egyptologists have proposed that Tadukhipa and Kiya might be the same person.

However, there is no confirming evidence that Kiya was anything but a native Egyptian. In fact, Cyril Aldred proposed that her unusual name is actually a variant of an Ancient Egyptian word, making it unnecessary to assume a foreign origin for her.

In inscriptions, Kiya is given the titles of “The Favorite” and “The Greatly Beloved,” but never of “Heiress” or “Great Royal Wife”, which suggests that she was not of royal Egyptian blood.

Her full titles read, “The wife and greatly beloved of the King of Upper and Lower Egypt, Living in Truth, Lord of the Two Lands, Neferkheperure Waenre, the Goodly Child of the Living Aten, who shall be living for ever and ever, Kiya.”

All artifacts relating to Kiya derive from Amarna, Akhenaten’s short-lived capital city, or from Tomb KV55 in the Valley of the Kings. She is not attested during the reign of any other pharaoh.

Kiya disappears from history during the last third of Akhenaten’s reign. Her name and images were erased from monuments and replaced by those of Akhenaten’s daughters.

The exact year of her disappearance is unknown, with recent authorities suggesting dates that range from Year 11 or 12 to Year 16 of Akhenaten.

One of the last datable instances of her name is a wine docket from Amarna that mentions Akhenaten’s Year 11, indicating that Kiya’s estate produced a vintage in that year.

Whether she died, was exiled, or suffered some other misfortune, Egyptologists have often interpreted the erasure of her name as a sign of disgrace.

Various scenarios have been advanced to explain Kiya’s disappearance. Having suggested that Kiya was the mother of Tutankhamun, Nicholas Reeves writes that “it is not beyond the realm of possibility that she fell from grace in a coup engineered by the jealous Nefertiti herself.”

Having argued that Kiya was Tadukhipa, daughter of the King of Mitanni, Marc Gabolde suggests that she “paid the price” for a deterioration in the alliance between Egypt and Mitanni and was sent back home.

It is uncertain whether Kiya ever used the rich funerary equipment that was prepared against her death. If her disappearance resulted from disgrace or exile, the answer would be no.

On the other hand, if she died in good standing with Akhenaten, she probably would have received a lavish burial appropriate to her station. In the latter case, a likely site for her interment would be the Amarna Royal Tomb, which includes a suite of three chambers evidently used to house female members of Akhenaten’s family.

At least two and possibly as many as three different individuals were interred in this suite, including Akhenaten’s daughter Meketaten, the only one whose name survives.

Two of the chambers originally included painted plaster reliefs depicting Akhenaten, Nefertiti, certain of their daughters, and other mourners lamenting the deceased.

Some Egyptologists have suggested that one of these scenes of mourning refers to Kiya, although no specific evidence supports this claim.

The riddle of the Scorpion King