Home / Scientists reconstruct the face of an Egyptian boy from more than 2,000 years ago 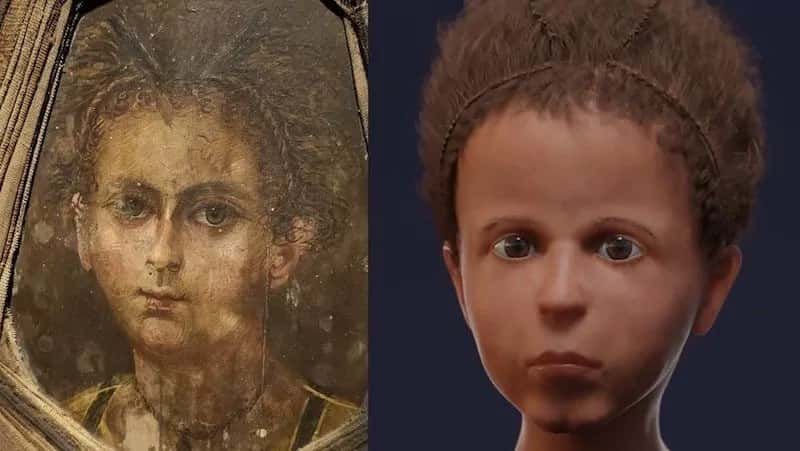 A team of researchers from Austria and Germany managed to reconstruct the face of a boy who lived during Greco-Roman times in ancient Egypt and died between 50 BC and 100 AD, says a study published in the journal PLOS ONE.

Based on a ‘Mummy portrait‘ – an image of the deceased painted on wooden boards or cloth, covering the face of a mummy – and on a CT scan of the boy’s body, the scientists created a 3D digital reconstruction of his face.

The results showed that the painted portrait was quite accurate, except for one aspect: the artist made the child look older than 3 or 4 years.

“The portrait shows slightly ‘more mature’ features, which may have been the result of an artistic tradition of the time,”

Andreas Nerlich, lead researcher on the study and director of the Institute of Pathology at the Munich Academic Clinic, explained to Live Science. Bogenhausen (Germany).

To reconstruct the appropriate thickness of the skin, the researchers used standards from modern children between 3 and 8 years of age.

Much of the recreated face was based on the shape of the skull and teeth, while the boy’s skin and hair color were made from paint, the researchers detailed.

Furthermore, the CT scan revealed that the boy’s brain and some of his abdominal organs had been removed, a common practice during mummification in ancient Egypt.

Meanwhile, the development of bones and teeth revealed the boy’s age at the time of death, probably due to pneumonia.

The boy’s 78-centimeter-tall mummy was found in the 1880s in a cemetery near the Hawara Pyramid, southwest of Cairo, and it is now housed in the Museum of Egyptian Art in Munich.