Home / Las Vegas of the Roman Empire: The sunken Roman city of Baia

Las Vegas of the Roman Empire: The sunken Roman city of Baia 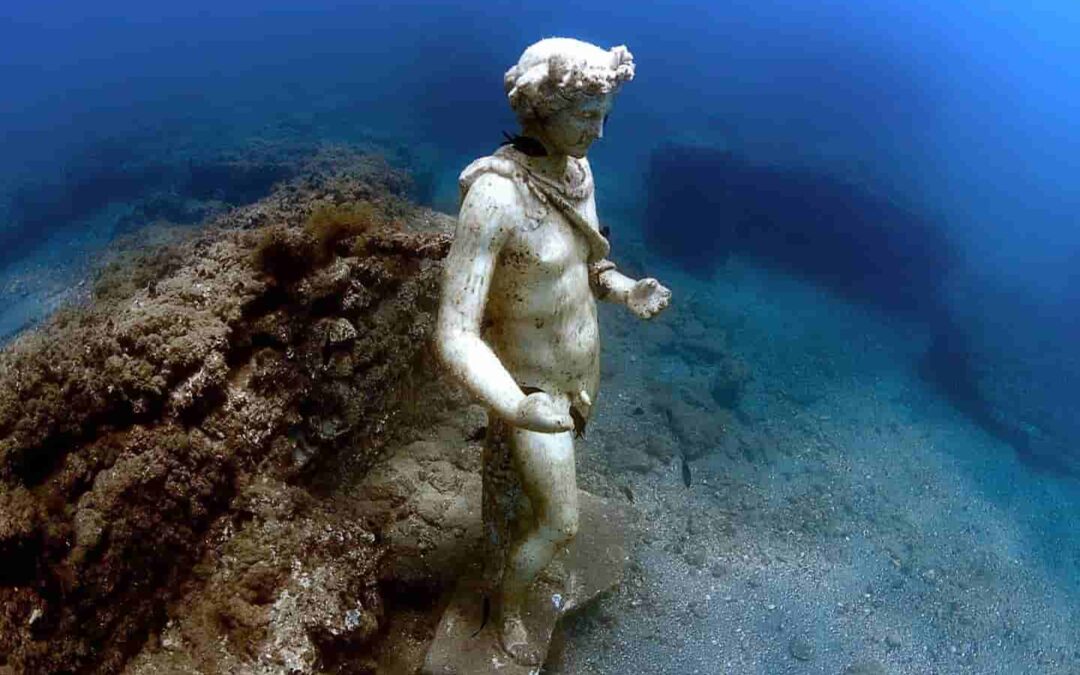 Today’s wealthy are not much different from those of antiquity. Resorts, almost exclusive cities for vacation homes and beach luxury are a reality today, but they were also more than two thousand years ago. The Romans even built a place that had this purpose in mind.

The city of Baia was where the wealthiest of the Roman Empire went to enjoy life without worrying about anything. There, they would spend their days on beaches, hot springs and huge pools where they could satisfy veiled desires. It was thus, that Baia became known for being focused on “worldly pleasures”.

The most powerful rulers in Rome went to what can probably be called “Las Vegas” of Antiquity, which was located 30 kilometers from Naples.

The resort was in an active volcanic area, on the Cumaean Peninsula in the Phlegraean Fields. The west coast of Italy was the biggest fashion scene for the rich.

The place became even more famous especially at the end of the Roman Republic, when Capri, Pompeii and Herculaneum were considered inferior to the possibilities of Baia.

Between 100 BC and 500 AD, many of the super-rich built huge luxury villas in the resort.

Gaius Marius, Lucullus and Pompey frequented the place famous for satisfying whims and desires. In addition to them, the famous Julius Caesar built a village in the city, a large part of the place being Augustus’ imperial property.

Another important emperor to develop the resort was Nero, who around the middle of the 1st century built a village for himself. Hadrian died in his own home in Baia, which was also the favorite place of Septimius Severus.

But the adventures of the rich also carried problems, such as corruption and scandals. Hedonism was taken as a rule and to the extreme, revealing the extravagant and explicitly sexual side of the Romans.

Currently, we see that the lower part of Baia has been submerged in the sea. This is believed to have been due to the volcanic activity present at the site and also due to bradytism, which are slow movements of deformation of the Earth, modifying the altitudes in a sensitive way.

Underwater researchers and archaeologists have been organizing expeditions to discover what’s left of the city.

There are also beautiful buildings that can be seen at the underwater archaeological site. They are protected due to their high importance in the history of Rome and archaeological science.

In 1803 people are believed to have gone to the site and excavated a statue named after Aphrodite de Baia, a kind of variant of the Venus de Medici.

English banker and art collector Thomas Hope displayed it in his gallery on Duchess Street in London. In addition to it, several Roman statues were discovered.

Several of these can still be seen in the region that was once Baia. Since 1941, researchers have paid enormous attention to the site, carrying out intense excavations.

They revealed, submerged, traces of thermal complexes, public and private baths and remains of entire villages. What is most surprising is that the ancients built a complex system of chambers that used underground heat in buildings that function like today’s saunas.

Who was the richest man in the Roman empire?

City of Alexandria, Capital of the World