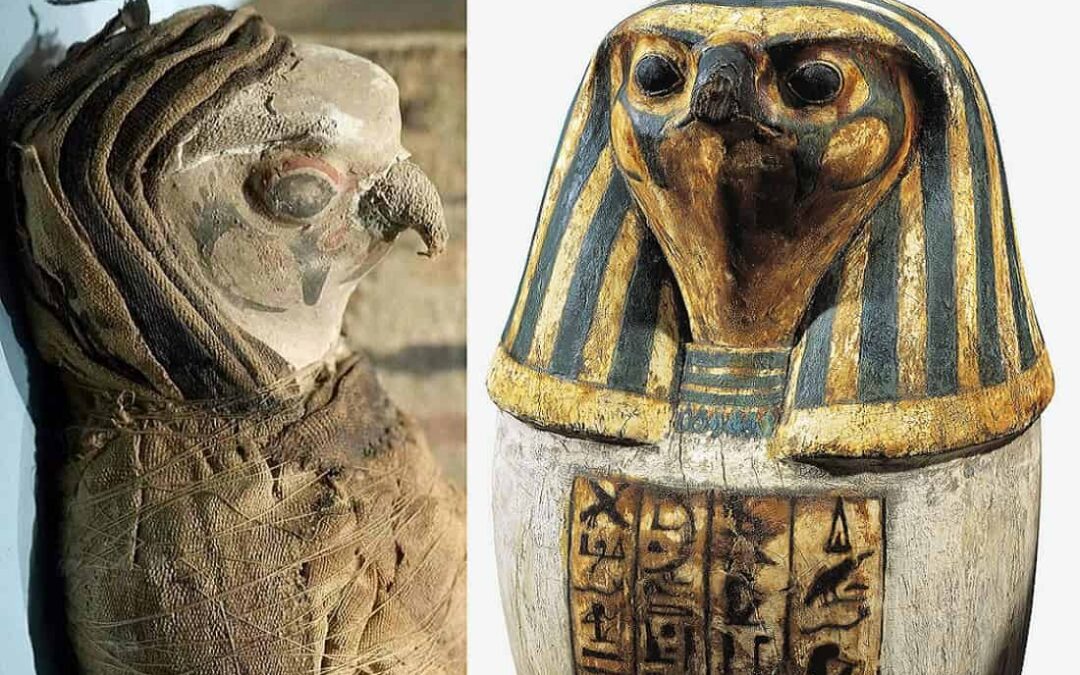 In their pantheon, the ancient Egyptians reserved a privileged place for birds of prey, especially the falcon, but also the kite, whose sounds were considered the laments of the goddesses Isis and Nephthys.

With her wings outstretched, the vulture goddess considered herself the protector of Upper Egyptian royalty.

Pectoral from tomb KV55 (belonging to Akhenaten) from the Valley of the Kings. This piece is in the Egyptian Museum, Cairo.

This figurine represents a goose, an animal consecrated to the god Amun. This piece is in the Louvre Museum, Paris.

This lunar god, originally from Hermopolis, was represented with the head of an ibis or in the shape of a baboon. The one in the image is found in the tomb of Amenherkhepeshef, son of Ramses III.

The four sons of Horus guarded the mummified viscera of the deceased. One of them, Qebehsenuef, with the head of a hawk, was protecting the intestines.

This piece is in the Louvre Museum, Paris.

The ibis, an animal associated with Thoth, personified the solar god Ra’s mental power, wisdom, science and letters. The one in the picture is from the Ptolemaic period.

This piece is in the Metropolitan Museum, New York.

The colossal statue of Ramesses II