Home / The Secret Passageway that Could Lead to Cleopatra’s Tomb

The Secret Passageway that Could Lead to Cleopatra’s Tomb 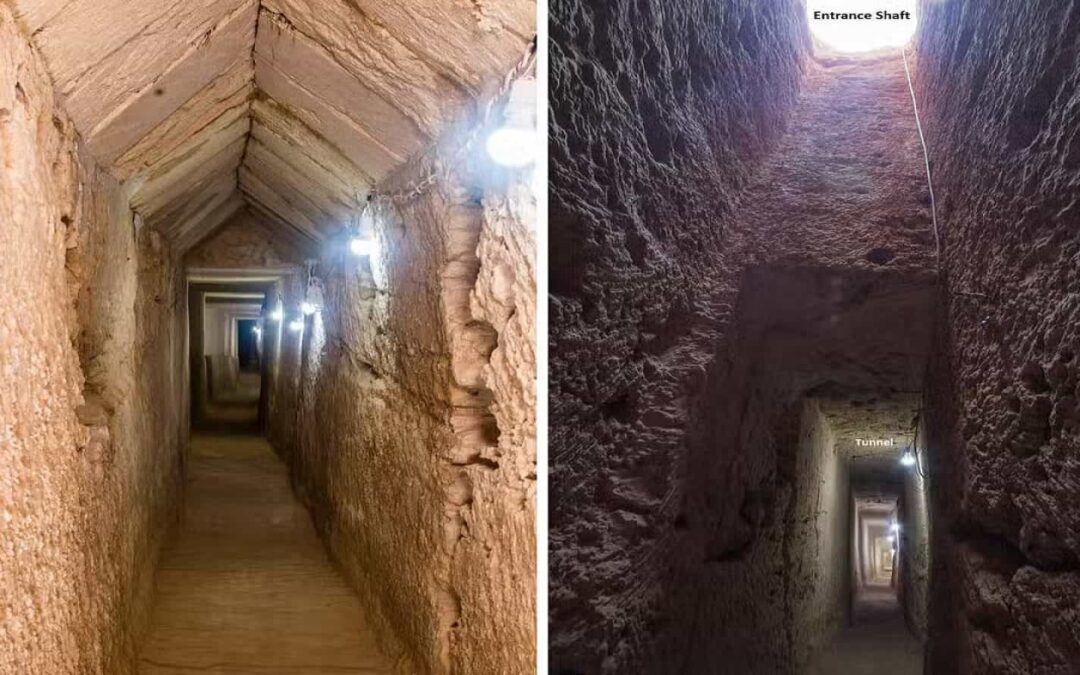 During the last campaign of archaeological excavations carried out by the University of Santo Domingo under a temple dedicated to Osiris and Isis in the ancient city of Taposiris Magna, located west of Alexandria, the team, led by the Dominican archaeologist Kathleen Martínez, discovered a passageway carved into the rock about thirteen meters deep.

The tunnel, likely to have previously served to transport water, is about 1,305 meters long and around two meters high.

Taposiris Magna, meaning “Tomb of Osiris,” was founded by the second pharaoh of the Ptolemaic dynasty, Ptolemy II Philadelphus, between 270 BC and 280 BC.

Kathleen Martínez spent twelve years searching for the lost tomb of the last Ptolemaic queen of Egypt. She thinks both Cleopatra and her lover—the Roman general Mark Antony—could have been buried in a necropolis very close to the temple.

In fact, Taposiris Magna has provided numerous findings to date. For example, at this same site last year, Martínez discovered sixteen mummies from the Greco-Roman period.

The mission led by Martínez has aroused great interest from the media as well as from many professional colleagues, some as important as the famous Egyptologist and former Egyptian Minister of Antiquities, Zahi Hawass.

In an interview with the media, Hawass recognized the importance of the discoveries Martínez’s team made inside the temple. Although, he has also explained that, according to him, Cleopatra was not buried there. Instead, he claims she was buried “in a tomb that she herself ordered to be built next to her palace and that right now is below water level”.

In a statement issued by the Ministry of Tourism and Antiquities of Egypt, the Dominican archaeologist explained that the preliminary studies carried out indicate that the architectural design of the passage is very similar to the design of a tunnel found in Greece, the one known as the Eupalino Tunnel or Aqueduct on the island of Samos, dating from the sixth century BC.

Although the one at Taposiris Magna is longer (the one at Eupalino measures 1,036 m), Martínez describes it as an “engineering miracle”.

Excavations at Taposiris Magna have not been without difficulties. Between the years 320 AD and 1303 AD, more than twenty earthquakes shook the Egyptian coast, causing a part of the Taposiris temple to collapse and sink under the sea.

During the excavations, Martinez’s team discovered that a part of the tunnel was submerged under the waters of the Mediterranean, as was part of the foundations of the sanctuary, which the team is now working on bringing to light. Likewise, the archaeologists located several ceramic vessels, jars, and a rectangular block of limestone.

During the excavation work, the mission also discovered two alabaster heads. One likely represents a king and the other a high-ranking figure.

The numerous finds also include coins with the images and names of Cleopatra and Alexander the Great, several headless sculptures and statues of the goddess Isis, as well as various inscriptions and busts.