Home / The secret tomb of Deir el-Bahari: Refuge of the great pharaohs

The secret tomb of Deir el-Bahari: Refuge of the great pharaohs 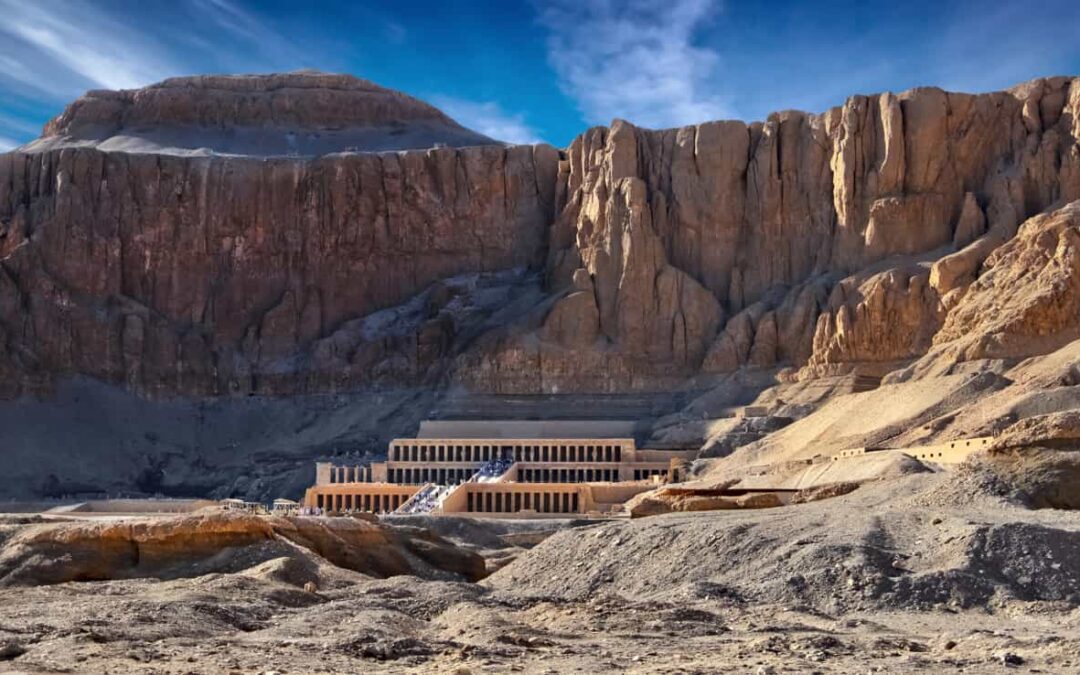 The Royal Cache, also known as TT320, is a tomb located in the Theban Necropolis near Deir el-Bahri in modern Luxor, Egypt.

It contains the mummified remains and funerary equipment of over 50 kings, queens, and other royal family members of the New Kingdom, including pharaohs from the 17th, 18th, 19th, and 20th dynasties.

The tomb was originally used as the final resting place for the High Priest of Amun, Pinedjem II, and his family, but was later used to protect the mummies of royal family members from grave robbery during a time of decline in the ancient Egyptian kingdom.

The tomb was discovered by locals in 1871 and explored by Egyptologists in 1881, causing a sensation. The mummies were placed on display in the Egyptian Museum in Giza, and the discovery was later dramatized in the film The Night of Counting the Years.

The discovery of the tomb is attributed to Ahmed Abd el-Rassul, a member of the local Abd el-Rassul family, who claimed that one of his goats fell down a shaft and upon investigating, he found the tomb.

Inside, he saw that the mummies were royal, indicated by the royal cobra headdresses on some of the coffins. Later research by Gaston Maspero suggested that items from the tomb, such as canopic jars and funeral papyri, had been appearing on the antiquities market in Luxor as early as 1874, indicating that the tomb had been discovered as early as 1871.

On July 6, 1881, authorities arrived at the tomb with Emil Brugsch, a European member of the team, and Ahmed Kamal, one of the first Egyptian Egyptologists.

The team found the mummies and funerary equipment to be well-preserved, with many still covered in linen and adorned with jewelry. The tomb also contained a large number of grave goods, including funerary papyri, shabti figurines, and amulets.

The mummies were initially placed on display in the Egyptian Museum in Giza, but were later moved to a modern display area in the National Museum of Egyptian Civilization in 2021.

The move was part of the Pharaohs’ Golden Parade, a highly publicized event that saw the mummies of several pharaohs transported through the streets of Cairo to their new home.

The Royal Cache has proven to be a valuable source of information for historians and archaeologists studying ancient Egypt. The well-preserved mummies and funerary equipment provide insight into the burial practices and beliefs of the ancient Egyptians, as well as the lives and accomplishments of the royal family members who were entombed there.

The Role of Beer in Ancient Egyptian Society