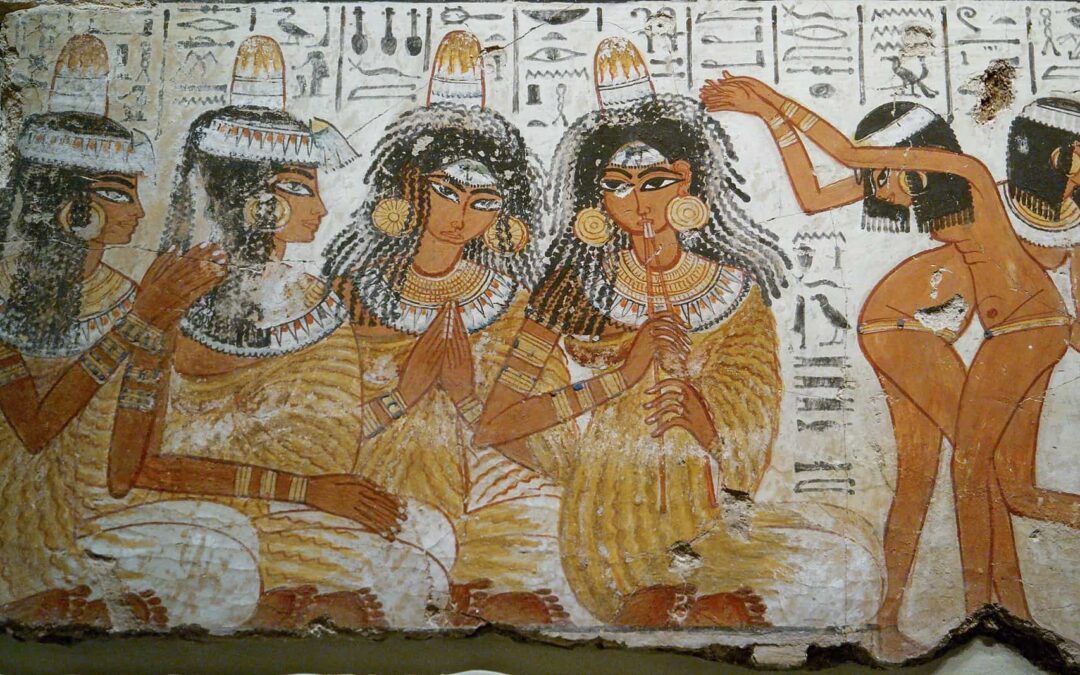 Researchers have discovered physical evidence of the mysterious “head cones” depicted in ancient Egyptian art. For over a thousand years, these pointed objects were frequently depicted in art, but their purpose and even their existence remained a mystery.

Some scholars believed they were simply symbolic representations, akin to the halos that appear on saints and angels in Christian art.

However, an international team of archaeologists has now found the first physical evidence for the existence of these head cones in the cemeteries of Amarna, an ancient Egyptian city that was home to around 30,000 people in the 14th century BC.

The city was significant for only about 15 years and was built by Pharaoh Akhenaten, thought to be the father of King Tutankhamun.

While only about 10% of the city’s population were wealthy elites who were buried in opulent tombs, the rest were interred in modest burials. It was in these burials that the team, led by the University of Cambridge, found the remains of head cones in 2009.

The cones were found in the burials of an adult woman and another individual who could not be identified as male or female.

The team initially believed that the cones were solid lumps of perfumed fat that melted over the heads of their wearers, acting as an ancient form of fragranced hair gel.

However, upon further examination, they found that the cones were actually hollow shells folded around brown-black organic matter that may be fabric.

Both cones also had chemical signatures of decayed wax, leading the team to conclude that they were made of beeswax, the only biological wax known to have been used by ancient Egyptians. No traces of wax were found in the hair of the most well-preserved skeleton.

Given the artistic associations of the head cones with childbirth and the fact that one of the specimens was an adult woman, the team believes the cones may have had something to do with fertility. However, the fact that they were found in a non-elite cemetery makes it difficult to interpret their meaning.

In ancient Egyptian art, the people depicted wearing head cones were mostly elite, though some seem to have been servants. The Amarna tombs have less artwork than other tombs, making it difficult to determine the social status of those buried there.

The team has yet to determine the exact purpose of the head cones, but their discovery provides valuable insight into the everyday lives of ancient Egyptians.

The head cones may have had a variety of functions, including serving as a marker of social status, a symbol of fertility, or a way to distinguish between different social groups. Further research may help to shed more light on the mysterious head cones and their place in ancient Egyptian society.

The secret tomb of Deir el-Bahari: Refuge of the great pharaohs