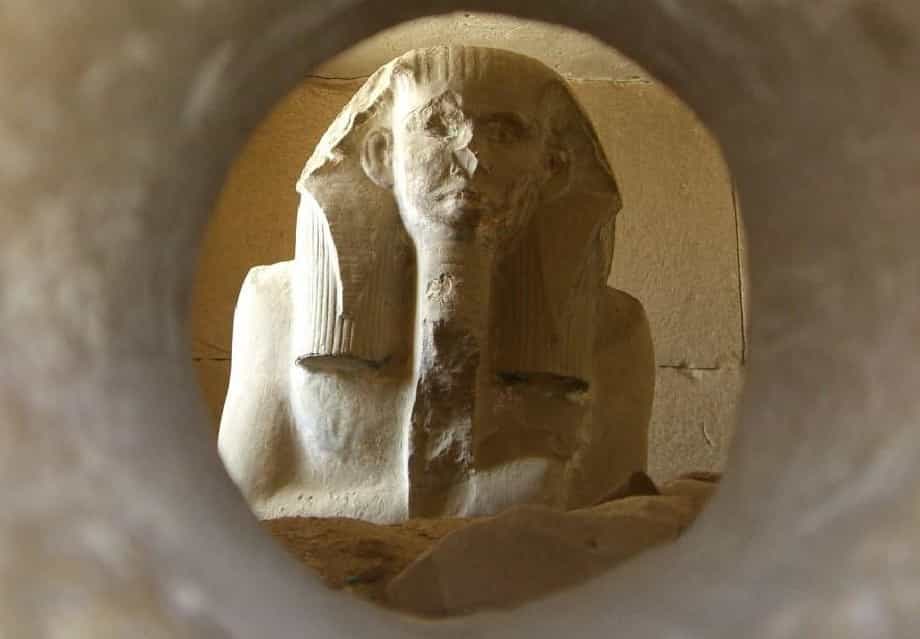 The serdab (in ancient Egyptian pr-tu.t “house of the statue”) is a dwelling (called the Ka chamber) found in the funerary monuments ( mastabas or funerary temples) built during the Old Kingdom of Egypt.

Generally built without access, it contains the statue where the ka (life force) of the deceased resides. Sometimes it communicated with the funerary chapel through an opening or several holes that allowed the deceased (through his statue) to receive the offerings regularly deposited by relatives. The serdab was often concealed behind a false door.

The serdab of Pharaoh Djoser, located outside his pyramid, in a small isolated room, discovered by Cecil Firth in 1924, contained hieroglyphic texts designating Imhotep as the designer architect of the Step Pyramid at Saqqara.

It contains a seated statue of King Djoser, 1.42 meters high, whose copy is currently visible, as the original statue is in the Egyptian Museum in Cairo.

Another 47.5 cm high limestone statue depicting the priest Katep and his wife Hetepheres, from Dynasty V or VI, seated, was also found on a serdab (the statue is now in the British Museum).

In tombs since the Middle Kingdom the serdab no longer exists, but a statue of the deceased is often part of the funerary complex.