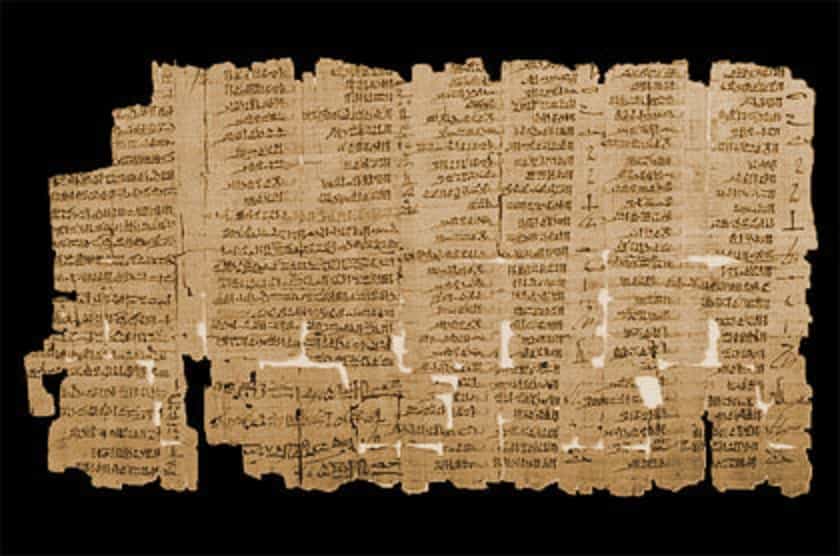 The world of dreams has always aroused the interest of humanity and, even so, in our days we have not yet been able to understand its mechanisms and its purposes.

In Ancient Egypt things were not very different from now in this sense: they were quite concerned about trying to understand what was happening in the unconscious.

In this regard, one of the most special discoveries that have been made in this field is found on the reverse of a papyrus, and it was transcribed by the scribe Qenherjepeshef.

This papyrus contains a list of 108 dreams that were considered at the time by their contemporaries as divine messages, which kept the announcement of the future that awaited the one who had dreamed them.

According to John Romer, the Egyptologist who has been dedicated to its study, for the Egyptians winning or losing had great value, as well as the fear of lack of food, violent death or mutilation.

Such was the importance they conferred on them, that they also had remedies against bad dreams: to avoid the announced catastrophes you should eat as soon as you wake up fresh bread and macerated herbs, while pronouncing the following words:

“Come to me, come to me, mother Isis;
Look, I perceive what is far from my city”.

Some of the keys they used to interpret dreams were the following: If someone saw himself, for example, burying an old man, this was interpreted as a good sign since it was identified as a sign of prosperity.

However, if you drank beer it was an omen of suffering or if, on the contrary, you ate crocodile meat, that meant that you would become a civil servant.

Interpretations according to the Ancient Egyptian Book of Dreams papyrus:

Content: It is known as the ” Book of Dreams ” because it gives a list of dreams and their interpretation. In each of the lines it is described if the dream is good or bad.

In the latter case it appears in red ink. Interpretation is also included. First all the good dreams are described and then all the bad ones.

On each page there is a column that begins with the text: ‘If a man sees himself…’. On the back the scribe Qenherjopshef, one of the owners of the papyrus and who also appears on The Papyrus Salt, wrote a poem about the Battle of Kadesh.

Period: The Nineteenth Dynasty, possibly early in the reign of Ramses II.

Origin: Deir el-Medina. Donated by Alfred Chester Beatty to the British Museum. Like the entire collection, it was found in a tomb (no. 1165) in Deir el-Medina in 1928, by the excavation workers of Bernard Bruyère.

The collection originally belonged to the scribe Qenherjopshef, born in the 16th year of the reign of Ramses II and died at approximately 70 years of age, during the reign of Siptah.